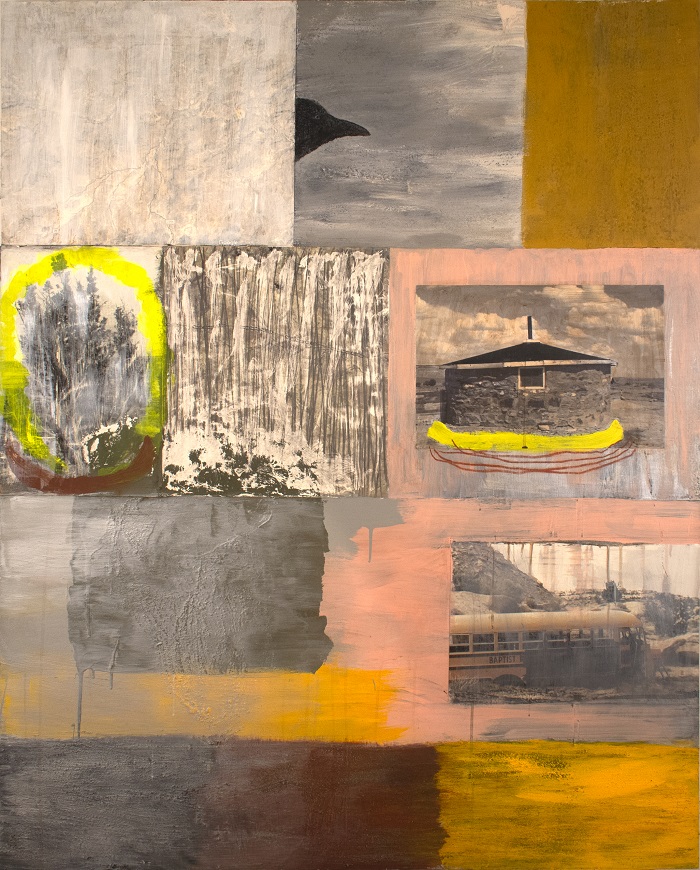 Feodorov, a Seattle-based contemporary Native American artist, was recommend on behalf of the College of Fire Arts' School of Art + Design faculty and museum staff to come to Ohio University as a part of the College of Fine Arts’ Visiting Artists and Scholars program.

Galvano and Feodorov first connected in Santa Fe, New Mexico. The two worked together at a restaurant-bookstore hybrid in the 1980s and collaborated with the artists employed there.

“We would actually do performances and art shows at the café-bookstore,” Galvano said. “It was a really special time.”

Galvano explained that after Feodorov left the city, they lost touch with each other. Eventually, Galvano saw Feodorov featured some years later on a PBS series called “Art21,” and was encouraged to reconnect.

“I was really excited about that, because I saw he’s continued to make this amazing work,” Galvano said. “He had really gone further into his work as a visual artist, making interesting sculptures and performances.”

Feodorov created “Yellow Dirt” as a response to the “ongoing health and environmental crises on and near the Navajo reservation from over 500 abandoned uranium mines,” according to his website.

The Kennedy Museum of Art hosts an extensive collection of Native American art, Registrar Lisa Quinn said, including over 600 weavings, some of them by Navajo weavers, and around 1,200 pieces of jewelry and silverwork by a variety of cultural groups.

“The promise of museums [is to] collect and care for objects, and also interpret them,” Quinn said. “We felt it very important to bring those ideas into the 21st century.”

Feodorov explained how he wanted to communicate this message of environmental contamination through the paintings, while also encouraging viewers to keep looking at it.

“What I’m really hoping for is that the work plants a seed in their gut, and that it doesn’t quite leave them when they leave the room,” he said. “In art, there’s always this tension between how do you address something serious, but also make something that’s beautiful? … Art is all about manipulation. How do you, as the artist, seduce somebody to look at your artwork?”

“I want students to not just look at the painting really quickly and then move on, like how we do through our Instagram's scrolling,” Galvano said. “I would want them to spend some more time and ‘ask’ the painting about their meaning.”

Quinn said through spending time with a seasoned artist, students can better understand ways to express themselves and their ideas through their artwork.

“Speaking with John and talking about his process … and how he incorporates that research into his work, I think those are all processes that the students will be highly engaged with,” she said.

“I was looking at them as they had been unpacked,” Galvano said. “And I was so impressed by the scale of the project, the commitment to the imagery and the palette of the work. [There was] this kind of meditation on these situations.”

The exhibit will be open to the public on Sept. 23 through December, and the Kennedy Museum is free to all students, faculty and community members. An opening reception will be held from 6 p.m. to 7:30 p.m. on Sept. 23.