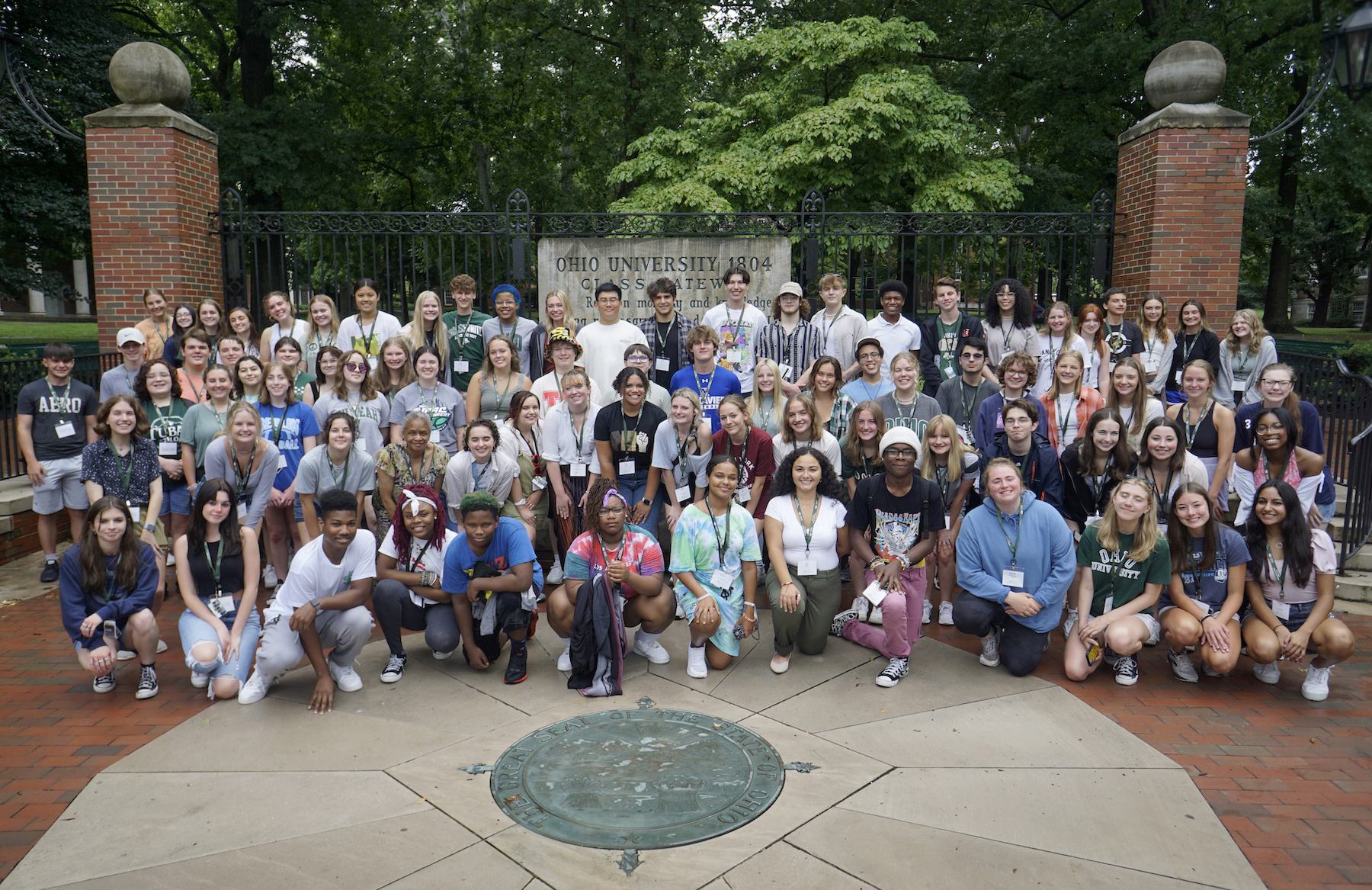 After two years of virtual workshops necessitated by the COVID-19 pandemic, Ohio University’s E.W. Scripps School of Journalism was able once again to bring together – in-person – an outstanding group of instructors to teach and mentor eager high school students about media.

“Being back on our beautiful Athens campus for the first time in three years was a big deal,” Tim Sharp, associate instructor and co-director of the event, said. “The students were impressed, and I know some are now considering wearing the green and white in a year or so.”

The 77th High School Journalism Workshop welcomed 66 students to the Athens campus. The students hailed from as far away as Texas and included attendees from Missouri, Kentucky, Pennsylvania, Michigan, West Virginia, Illinois, Indiana and all corners of Ohio.

Former workshop student leader and Scripps College of Communication graduate Connor Kurek brought seven students from Oyler High School in Cincinnati, where he is a teacher. He was excited for his students to experience the workshop and OHIO, and he promised he and his students would return.

The list of presenters and track leaders included members of OHIO’s own renowned faculty as well as highly experienced returning professional alumni and former teachers.

“Once again our workshop featured world-class presenters,” Sharp said. “Allowing our students to learn from these icons has been a hallmark of the workshop for 77 years.”

Ugonna Okpalaoka, an OHIO alumna who found success as a producer of NBC’s “Today” show and who has struck out on her own as a freelance producer and filmmaker, gave the keynote address. She inspired students with a reflective talk about making sure students’ hopes for future careers are aligned with who they are and who they want to be. She told students that “values, purpose and vision” should guide their pursuits in journalism and beyond.

The participants were also fortunate to have journalist Howard Hoffman, the director of strategic messaging at BlackRock Inc., return to the workshop, along with Brandon “Scoop B” Robinson, a basketball television analyst, writer, host and executive producer at Bally Sports Network.

The workshop would be almost impossible and much less dynamic were it not for the talented group of OHIO students referred to as the “J Crew.” Nearly 20 undergraduate students joined the team to guide, engage and mentor the visiting high schoolers.

The event was co-directed by Scripps faculty members Sharp and Mark Turner. Sharp, who is retiring this year, has led the workshop for seven years.

High school students were able to choose to specialize in eight media tracks:

Many alumni came back to campus and shared their experiences with the attendees, either as a presenter or track leader: