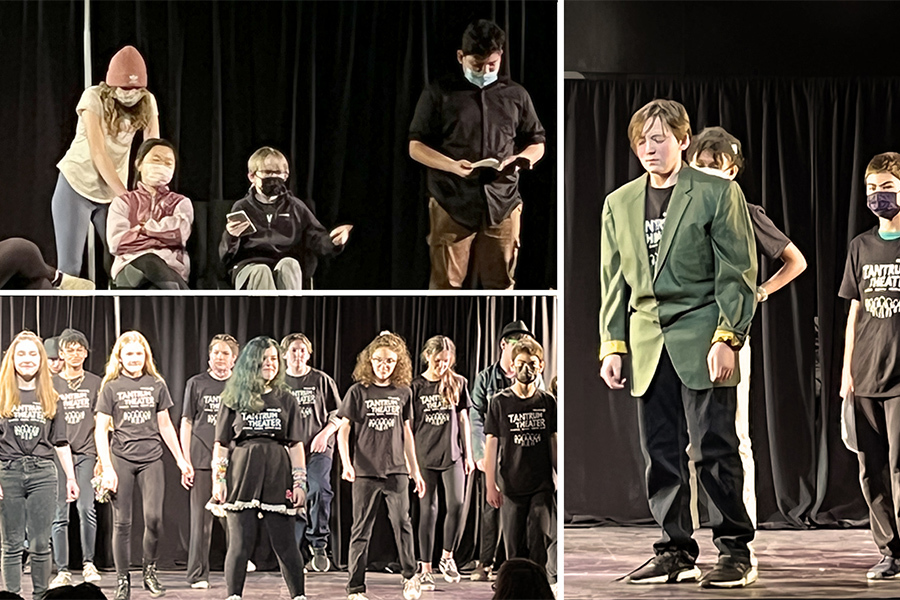 With a robust theater program at both the elementary and high school levels in the Athens City Schools, Professor of Performance and Tantrum Theater’s Director of Education Rebecca VerNooy saw a gap in education at Athens Middle School (AMS) and the need for youth arts education in this age group.

VerNooy said there is such an interest in theater in Athens – citing Tantrum Theater, Ohio Valley Summer Theater (OVST), and other theatre troupes – so it’s crucial to teach the etiquette of the craft starting at a young age.

“We're there to cultivate theater culture, because a lot of people don't know what's involved in theater,” VerNooy said. “We're such a theater town that we want to train people in [theater] protocols, etiquette and vocabulary. So that if [students] pursue it, they have the training, they have a good foundation.”

The AMS Drama Club rehearses at the City of Athens’ arts venue ARTS/West and is supported by funds from the Ohio Arts Council through Tantrum Theater and Ohio University’s College of Fine Arts.

“By using this rehearsal space, the connection between community and arts education is strengthened,” VerNooy said. “We have three parts of our community being served including the university, the community and local school districts. ARTS/West is a community arts center, so I want to use it like that.”

VerNooy added that the AMS Drama Club had 60 students sign up when it was first created and with the amount of students who signed up, the program was split groups for the sixth, seventh and eighth grades.

The club’s most recent performance, “Middle School Madness,” was held in late March and empowered students to write and perform their own pieces. VerNooy said the theme was centered around moving forward after the impacts of the pandemic.

“People are writers,” VerNooy said. “It’s amazing, creatively (what we can do) when we get out of our own way.”

The program also benefits those in the OHIO community, such as alumnus Dayton Edward Willison, BSS ’10, and Jane Regan, a first-year graduate student in performance, who are both involved in teaching students.

Regan began working with AMS students through her graduate assistantship teaching drama in education to undergraduate students. Part of the class curriculum involved working with the AMS Drama Club, assuring middle school students received pointed and informed instruction, as well as allowing college students to immerse themselves in theater pedagogy.

Regan, who works with the sixth graders, gave the students the chance to write, cast and perform their own pieces.

“We started off trying to build an ensemble between the sixth graders and getting them out of their comfort zones because for a lot of them at that age, it's really unbearable to be perceived as looking weird,” Regan said. “A big part of our challenge was to show them, yes, you are going to look silly, and if we’re all looking silly, then that’s okay.”

Regan’s favorite part of working with younger students was their depth of imagination and creativity.

“For me, I spend most of my days with my fellow graduate acting class trying so hard to get back into that childlike imagination,” Regan said. “Seeing it firsthand is like, ‘Oh right, I have all of this inside me.’”

Willison said teaching drama at a middle school level can help foster creativity and playfulness, especially during a time where students are experiencing other life changes.

“That part of you doesn’t need to change,” Willison said. “It gives them a space for their creativity, and [they realize] it never has to go away.”

Willison added that the program is teaching life skills in tolerance and teamwork as students are expected to collaborate in their performances.

With this approach to teaching, students are not only learning about theater, but about themselves, VerNooy said.

“What I love about a drama club is that these kids find their people,” VerNooy said.

Upcoming theater and performance opportunities this summer include offerings by both Tantrum Theater and the School of Theater as part of the College of Fine Arts Summer Arts for Youth and Fine Arts Pre-College Programs.