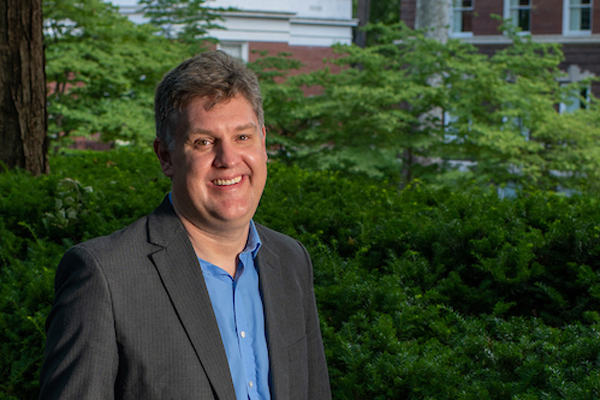 Brian Schoen, Ph.D., published a chapter in “The Cambridge History of America in the World, Volume 2: The Nineteenth Century.” Schoen’s contribution, “Containing Empire: The United States and the World in the Civil War Era,” tackles the crucial period from 1848 to 1877.

Schoen is chair of history in the College of Arts and Sciences at Ohio University and the Ping Institute’s James Richard Hamilton/Baker and Hostetler Professor.

He argues in his chapter that fighting between the Union and Confederacy temporarily blunted the United States’ rapid global ascent and renewed tensions with the rest of the world, in often unexpected ways framed by newer understandings of neutrality, political economy and international law. Ultimately, the North’s ability to draw in international resources during and after the war proved crucial in both Union victory and subsequent nation-building.

“The war tested emerging international systems and norms, forcing a clarification of the competing rights of neutral and warring powers. Most of all, it constituted a defining moment in the protracted battle over the legality of slavery in the Western world," Schoen wrote. "Union leaders better navigated those systems and changes. They drew resources and manpower from the world and convinced foreign powers that the cost of mediation or Confederate recognition outweighed any potential gain.”

Schoen continues to explain in the chapter that by keeping outside governments at bay, the bloody work remained contained to American battlefields.

“Victory came at a tremendous human and financial cost, but democracy’s ability to mobilize people and resources behind traditional forms of state power served notice that republicanism might survive after all. Indeed, after the official fighting stopped, the nation absorbed even greater numbers of immigrants and foreign capital. Yet postwar developments generated a mixture of fear and optimism as both Americans and foreigners pondered the extent to which a post-emancipation Yankee Leviathan might throw its muscle around on the world stage,” he wrote.

“The Cambridge History of America” is a four-volume work edited by University of Chicago Historian Mark Bradley. It brings together more than 100 authors from around the world and “offers an intensive examination of America's relations with the rest of the world from the colonial era to the Present.” Editors Kristin Hoganson and Jay Sexton and authors of the 19th-century volume celebrated a virtual book launch on Dec. 1 to coincide with the United Kingdom’s launch of the electronic edition. The U.S. and print versions will be available in early 2022.

For more on Schoen’s research and teaching, visit his profile page.