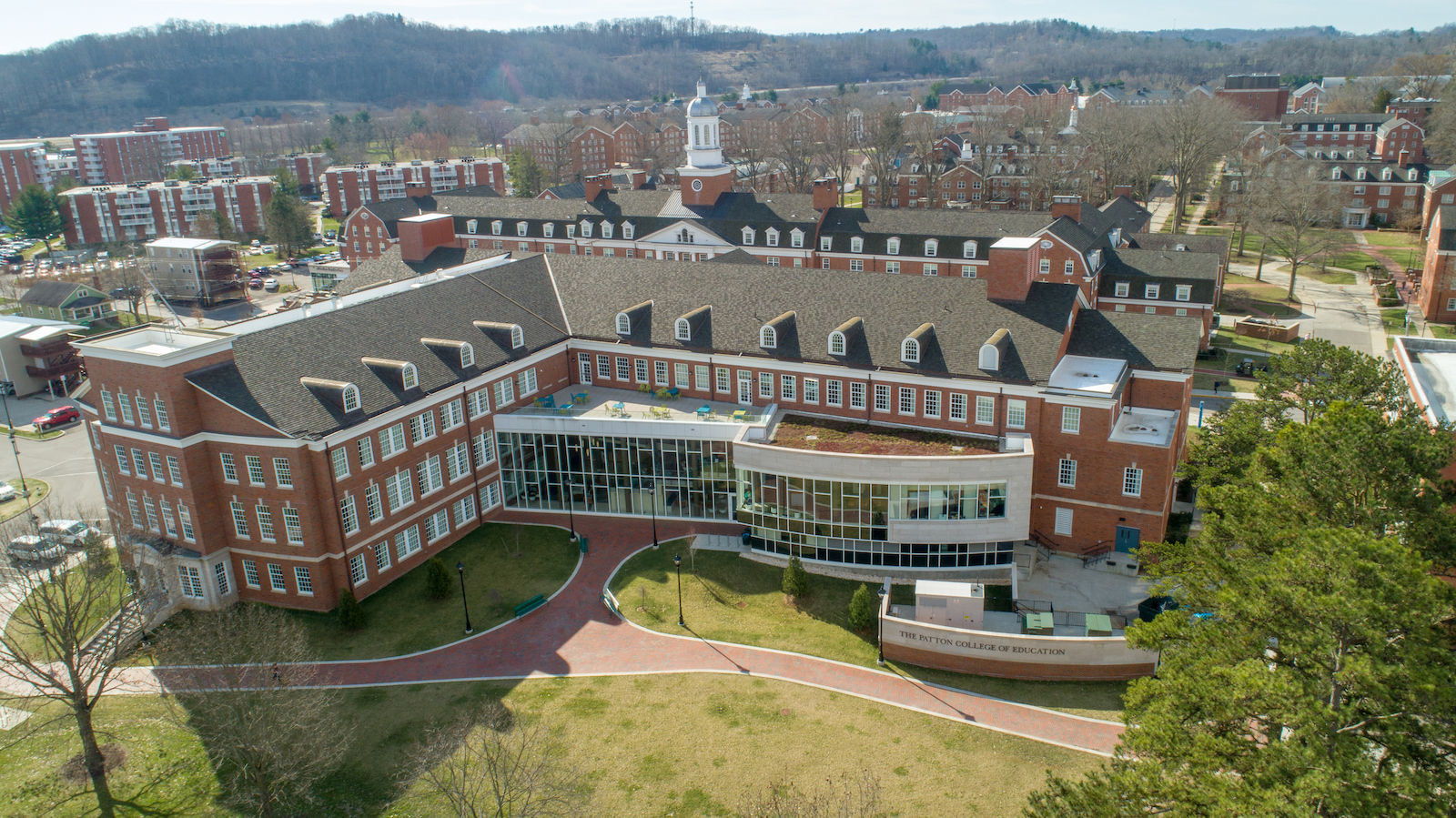 The Ohio University Board of Trustees changed the name of an academic building in honor of the Patton family during its October meetings on the Athens Campus.

The Board also added a regional trustee position to its membership, which will bring an important voice representing the areas around OHIO’s regional campuses and strengthen the ties Ohio University has with those communities.

The Board held its committee meetings and its main meeting on Thursday. The Board will meet again from 8 a.m. to 1:30 p.m., Friday, Oct. 8, for a Board retreat in the active learning classroom on the first floor of Heritage Hall.

Key actions by the Board included:

The Patton College was named in honor of Dr. Violet L. Patton’s philanthropic commitments to the college in 2010. Violet Patton committed $13.3 million that year to establish the Violet L. Patton Center for Arts Education, and an additional $28 million to honor her parents, Gladys W. and David H. Patton, with the naming of the college. She committed an additional $22 million in 2019 to support the capital projects for which she has demonstrated unwavering commitment and passion over the past decade.

The current McCracken Hall was approved for renovation in 2015, a project made possible in large part by Violet Patton’s generosity. The building was previously named in 1963 for Dr. Thomas Cook McCracken, former dean of the College of Education and OHIO’s first provost. Suitable interior space will be identified and named in honor of McCracken at a future date.

The Board amended its bylaws to add a non-voting regional trustee to its membership, in appreciation for and recognition of the valuable contributions and insights to be gained from adding the regional representative.

The Board appointed Misty Crosby, executive director of Buckeye Hills Regional Council in Marietta, to the position.

Ohio University President Hugh Sherman proposed the addition of the seat during the Board’s meeting in August.

The Board approved the next implementation actions of OHIO’s portfolio reduction strategy. Trustees declared certain real properties as surplus and allowed them to be included on a forthcoming Land Conveyance Bill. While a Land Conveyance Bill authorizes the sale of real property within the three-year period after its passage, it does not require the sale should an alternate course of action ultimately be chosen. The properties identified for divestment were selected after review of several key factors such as utilization, property location, alignment with University strategic needs, and financial impact.

Different courses of action will be pursued for each of the properties. In some cases, attempts will first be made to lease the properties. In others, only portions of the properties identified will be considered for sale. In a few instances, the University has already been approached by potential buyers of the land in question. And in many cases, any sale would include deed restrictions necessary to ensure that property uses are compatible with the mission and strategy of the University.

The discussion also included a timeline for efforts related to property on The Ridges designated for external use, as well as the demolition of Scott Quad.

Scott Quad is currently not in use, but the site is considered valuable for the University’s future programmatic needs. The facility has been designated for demolition after a significant review of safety issues, deferred maintenance issues, accessibility, and programmatic alignment.

The Board approved a number of capital projects. They are:

Executive Vice President and Provost Elizabeth Sayrs and Vice President for Research and Creative Activity Joseph Shields provided an update on Ohio University’s research strategy. Research and creative activity are integral to OHIO’s mission, and the presentation focused on the strategy for positioning the University for future success in this area while ensuring alignment with our academic mission.

Vice President for Enrollment Management Candace Boeninger provided a preliminary update on Ohio University’s enrollment based on the census data collected as of Sept. 6, the date used for federal reporting. The update included a number of enrollment highlights, including an incoming first-year student enrollment rebound to 3,664 students, a 17 percent increase from Fall 2020. This included gains in resident and non-resident populations and surpassed projections.

The presentation included a discussion of future enrollment priorities.

The full Board of Trustees agenda is available at https://www.ohio.edu/trustees.

Tags:
Board of Trustees
patton college of education
advancement