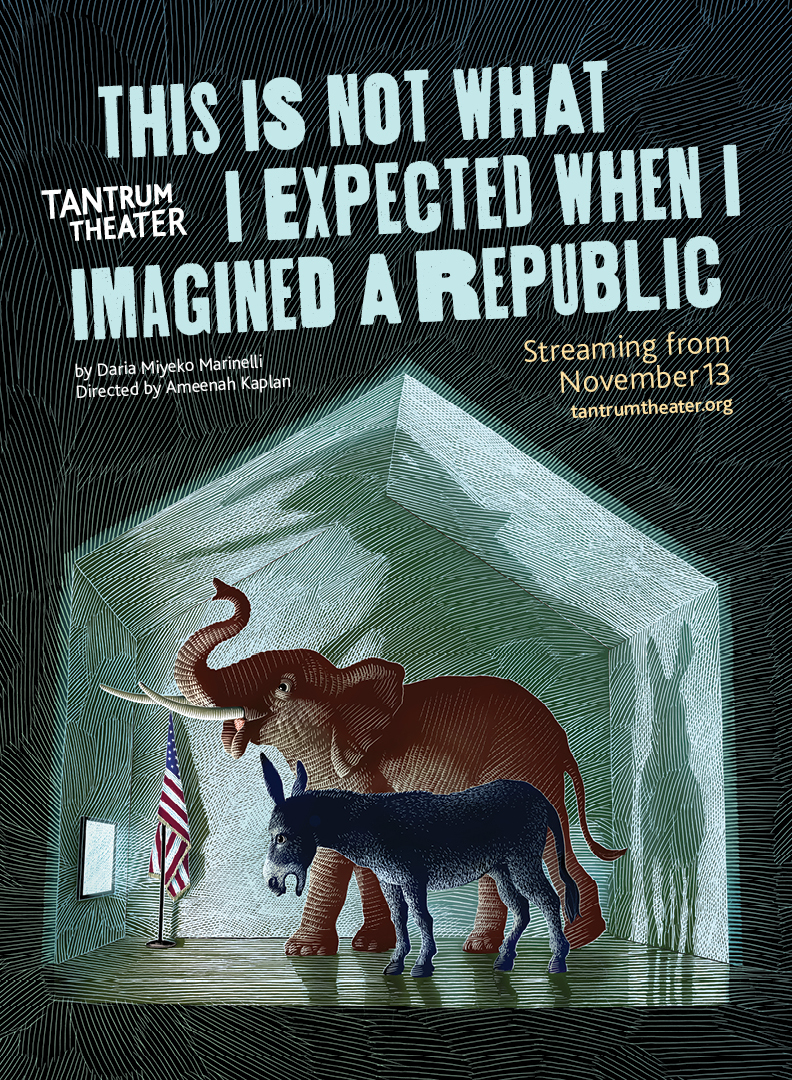 The pandemic might have stopped many other theaters across the country from producing work during the pandemic, but Ohio University's Tantrum Theater persevered and continues to produce work with a collective of creative artists.

“The nimbleness and creativity that already existed at Tantrum Theater — the same qualities that are foundational to theater and the arts more broadly — have allowed us to create an unusual season that truly celebrates highly collaborative works created by talented and creative problem-solving theater artists from all areas in the industry and across the globe,” says Joshua Coy, Tantrum Theater’s producing director.

Tantrum Theater was founded in Fall 2015 by OHIO’s College of Fine Arts. A professional company that serves as a training ground for students in the School of Theater, Tantrum’s mission is to produce professional work and serve as a training conservatory in a partnership with OHIO’s College of Fine Arts. The name Tantrum Theater emerged from Ohio University graduate students who learned a collective name for a group of bobcats is a tantrum, neatly reflecting OHIO’s mascot.

Within one week’s time artists at Tantrum Theater and OHIO’s Playwriting program translated, cast and performed a free stage reading on Facebook Live of Belarussian playwright Andrei Kureichik’s brand new play, “Insulted.Belarus(sia).” The work tells the story of the first month of the Belarusian revolution, its ups and downs on the eve of the inevitable democratization of the country after 26 years of dictatorship. Kureichik remains in hiding due to that nation’s government shutdown of theaters in Belarus and the continued protests by the public in opposition to the country’s recent election outcomes, which named Alexander Lukashenko as its continued ruler.

“Tantrum's mission to offer culturally diverse programming that creates opportunities for intercultural exchange made this effort to assist a Belarusian playwright in the worldwide staging of his protest work an obvious programmatic choice we could get behind,” says Coy. “The comradery of taking a leap of faith for the greater good, the excitement of a tight deadline under difficult conditions, and the willingness of a team of artists to give their time and energies to an issue of basic human rights all made this project feel a little bit like being back on the stage, which was a lovely moment to share in."

Tantrum Theater also has collaborated with The Nest Theatre, based in Columbus and co-founded by alumna Tara DeFrancisco, BSC, CERT ’98, and Passion Works Studio, an art studio in Athens, to conduct a five-week applied improvisation workshop with School of Theater students studying performance that will culminate in a free performance on Facebook Live on Oct. 21. This project is funded in part by a grant from the Ohio Arts Council.

“This is a unique opportunity for our students to observe master teachers at work,” say Rebecca VerNooy, Tantrum Theater’s education director and associate professor of instruction in OHIO’s School of Theater. “They are there to support the Passion Works artists in their process of learning fundamental skills of improvisation and communication.”

“Tantrum Theater’s mission is focused on creating new work and promoting intercultural exchange,” says the theater’s artistic director, Michael Lincoln. “We were extremely lucky when School of Theater alumna Emily Penick recommended professional director ameenah kaplan. Throughout the last 10 months, ameenah has pivoted with us through every twist and turn in producing during the pandemic. Ultimately, ameenah found the perfect new play to fit these times.”

For questions about Tantrum Theater, contact Joshua Coy at coyj@ohio.edu.