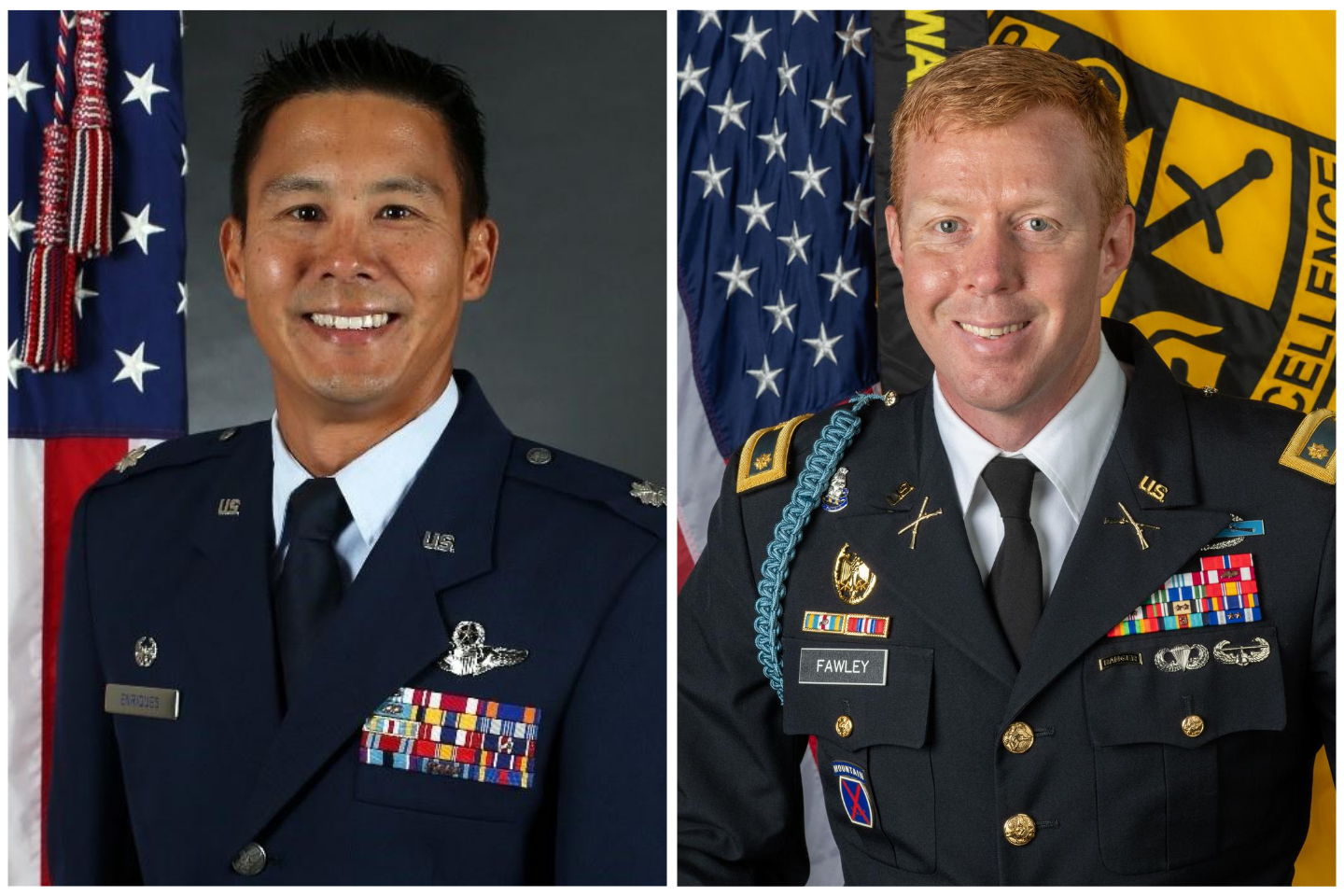 Lt. Col. Mark Enriques assumed command of Air Force ROTC Detachment 650 and will serve as professor of aerospace studies at OHIO. He is responsible for recruiting, educating, training, and preparing students for commissioning into the Air Force as second lieutenants. Enriques replaces Lt. Col. Layla Sweet, who retired in July from the U.S. Air Force with 27 years of service that culminated with her post as the first female commander of the Air Force ROTC detachment at Ohio University.

Enriques earned a bachelor’s degree in computer engineering at the United States Air Force Academy and a master’s degree in business administration from Trident University in California. Before assuming command of the AFROTC Detachment 650 at OHIO, he was the director of the Liaison Element for the Special Operations Command at the Pacific Air Operations Center in Hawaii. He coordinated support and integrated operations between special operations and conventional air forces throughout the Indo-Pacific theater. His past assignments have included posts in Texas, California, Colorado, Japan, and Singapore. Enriques is a pilot with more than 3,400 hours, primarily in C-5 and C-12 aircraft.

As he begins his new role working with students in the Air Force ROTC program at OHIO, Enriques says he is excited to work with cadets who are motivated to serve their country and help them develop their own leadership styles. “While I hope to use my experiences to enhance their learning, I know that the cadets will also teach me invaluable lessons about myself, leadership, and people,” Enriques said.

Maj. Darrell Fawley has returned to Ohio University to assume command of the Army ROTC Bobcat Battalion and will serve as a professor of military science. Before coming to OHIO, Fawley served as the executive officer for a large brigade combat team based at Fort Stewart, Georgia. He also has served as an operations officer and assistant professor of military science for Army ROTC at OHIO. Fawley earned a master’s degree in public administration from the Voinovich School of Leadership and Public Affairs and a master’s in social sciences from the History Department while working at OHIO. After graduating from the Voinovich School in 2015, Fawley was accepted into the U.S. Army’s Art of War Scholar program.

In January 2019 Fawley published 4-13 Infantry in Iraq’s Triangle of Death based on research conducted as a graduate student at OHIO. The book examines the conditions that led his unit to broker a peace agreement between local tribes with the assistance of the United States Institute of Peace.

“I love the opportunity to help students develop into the leaders who will shape the future,” Fawley said. “Cadets are so motivated to learn and get better, and it is great to help feed that passion.”

Fawley recognizes the challenges of educating and training in a time of global pandemic but says the Army ROTC is ready to embrace challenge and change as needed.

“As we adapt our methods of instruction, there are amazing opportunities to innovate and potentially make the cadet experience even better,” Fawley said. “I look forward to learning from and working with other departments to develop new and better ways of teaching and developing future leaders.”

Fawley replaces Lt. Col. Matthew Amsdell who has assumed command of the 10th Transportation Battalion based at Fort Eustis in Virginia.