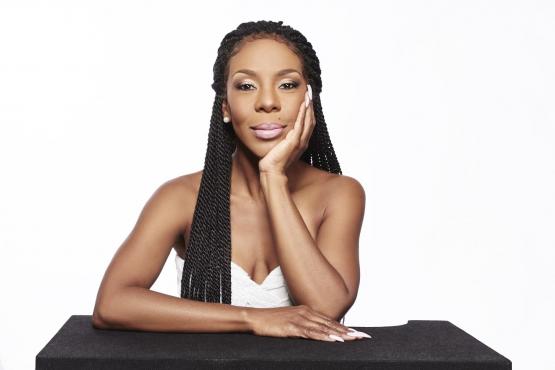 The talk will be live streamed to Chillicothe's Bennett Hall Auditorium and the Dublin Campus' OhioHealth Medical Education Building 1, room 242.

The goal of the 365 Conversation is to start the conversation about domestic violence, not just through a hash tag, but through a plan of action to eliminate abuse and violence from relationships and also eradicate sex trafficking.

During her talk, Kelly will discuss her journey to healing. She also will highlight learned behaviors from her abuser and herself and the warning signs of a volatile relationship. Event organizers said they hope her healing words offer attendees the openness to receive and self-reflect.

Raised on the Chicago’s Southside, Kelly attained national fame after she was cast on VH1’s reality show, “Hollywood Exes,” where she was branded “the breakout star.” Her personal story left millions of viewers in love with the “brown ballerina.”

Kelly also gained notoriety as a choreographer, principle dancer and creative director for her ex-husband’s world tour performances, music videos and award show performances. Some of her other clients have included R&B performers Teddy Riley and Xscape to name a few. She has also found success in operating her own dance theatre companies, AKDT and Le Belle Jete’ Cabaret.

The OHIO Women's Center and its partnering organizations, including Counseling and Psychological Services, the Survivor Advocacy Program and Health Promotion, are committed to providing programming during October, which is Domestic Violence Awareness Month.

“We are always seeking speakers that we believe will connect with our students,” said Dr. M. Geneva Murray, director of the OHIO Women’s Center. “When the TV show, “Surviving R. Kelly,” was released, we began to look at survivors that participated in the documentary. We were hopeful that we would be able to have Drea Kelly, but weren't positive that we could make it happen. It's a testament to the incredible support we receive across campus that we are able to bring in such a powerful speaker. We hope everyone will attend as we all have an opportunity to promote healthy relationships and provide support for survivors.”

Dr. Winsome Chunnu, director of the OHIO Multicultural Center, said Kelly’s talk is critical for all women to hear, particularly women of color.

“The research shows that women of color are less likely to report or see appropriate services,” Dr. Chunnu said. “As an immigrant woman, it is also important that I point out that for undocumented and immigrant women, the fear or threat of deportation impact reporting as well. Therefore, I hope Drea’s story will serve as motivation to them for coming forward.”

“We hope that by attending this keynote – survivors, allies and others will recognize the diversity of the survivor experience, as well as the importance of supporting survivors,” Castor said.

These are two additional opportunities for people to meet Drea Kelly:

Survivor Advocacy Program: Three full-time licensed professional social workers serve our students throughout the year. They have a crisis hotline that is available 24/7 at 740-597-SAFE (7233).

Ohio Health Campus Care: The OhioHealth Campus Care clinic, located on the 1st and 2nd floors of Hudson Hall, has trained, confidential clinicians who offer a wide range of services. The quick care clinic is open Monday through Friday from 8 a.m. to 5 p.m.

If a student wishes to report an incidence of sexual misconduct to the university, they can contact Equity and Civil Rights Compliance at 740-593-9140 or equity@ohio.edu.

If a student wishes to make a criminal report regarding sexual violence, for incidents occurring on campus, they can contact our Ohio University Police Department, 911 (emergency) or 740-593-1911, Scott Quad 135 or police@ohio.edu.

If a student wishes to make a criminal report regarding sexual violence for incidents occurring off-campus, they can contact the Athens Police Department: 9-1-1 (emergencies) or 740-592-3313.