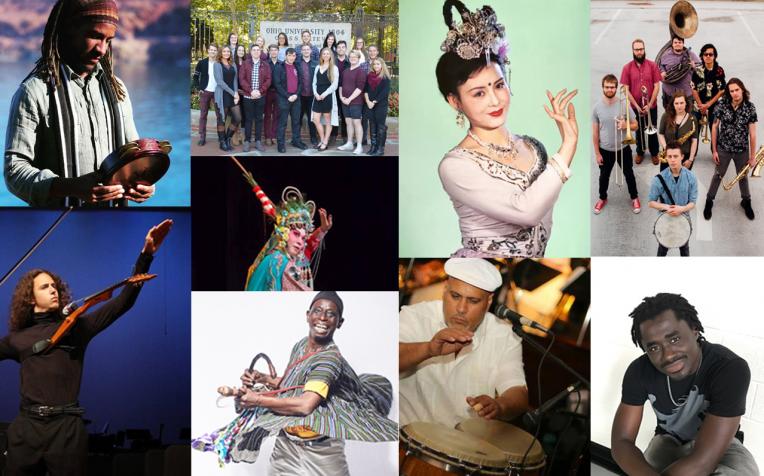 The College of Fine Arts in collaboration with the Office of the Vice President for Student Affairs, Office of the Vice President for Diversity and Inclusion, Multicultural Programs, Performing Arts Series, Center for International Studies, Campus Involvement Center, Schools of Dance, Film and Theater, Interdisciplinary Arts, Music, and Arts for OHIO are pleased to host the first Ohio University Global Arts Festival, April 1-5.

As part of this celebration, there will be Symposium on the theme: “Global Arts and Education Scholarship in the Twenty-first Century University Curriculum," a World Music and Dance Concert, exhibitions, master classes, and free afternoon concerts. Activities of this festival are geared towards introducing our students to different ways of conceptualizing the arts and potentially opening up new avenues of creativity, expression, and aesthetic appreciation.

Our goal is to introduce variety of musical sounds and dance movements from all over the world and thereby expand the musical experiences in addition to helping students understand that many areas of the world have music and dance as sophisticated as their own in addition to helping our students to discover many different but equally valid ways of constructing music, dance, film and visual arts.

Join us for lunch concerts and performances at Templeton Blackburn Auditorium each day, evening performances in the Baker Center Front Room, and more! 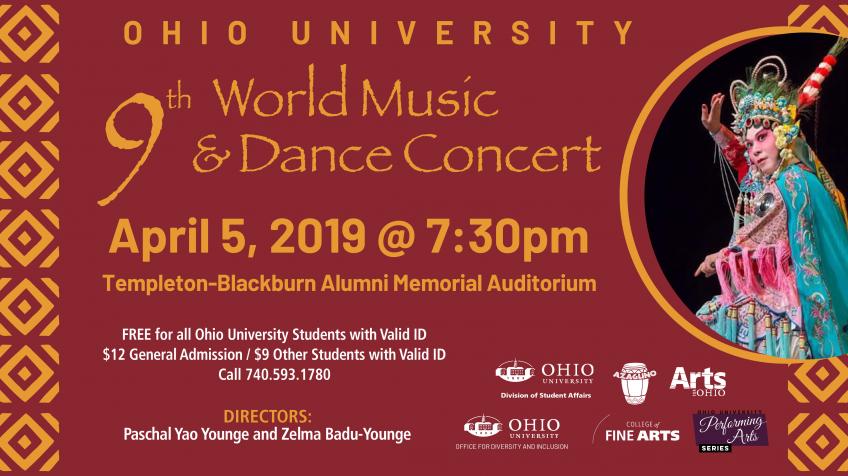