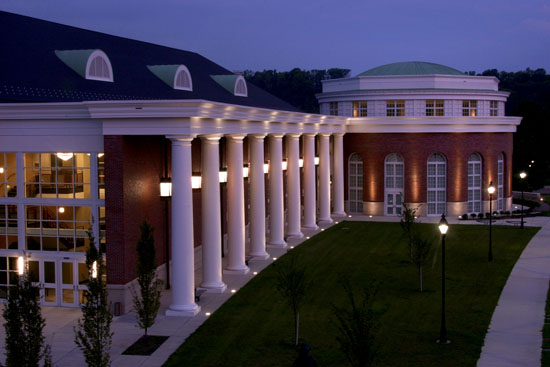 Margaret M. Walter Hall is located in the West Green, coordinates F-6 on the campus map. It is marked as #107 on the map.

Margaret M. Walter Hall was completed in December, 2003, and dedicated on April 16, 2004. It was built on the former site of Trautwein Field, south of Grover Center, adjacent to Bicentennial Park.

The building was made possible by a $5 million gift from Robert D. Walter, chairman of the Ohio University Board of Trustees and CEO of Cardinal Health Inc., and his wife, Margaret "Peggy" McGreevy Walter, both 1967 Ohio University graduates.