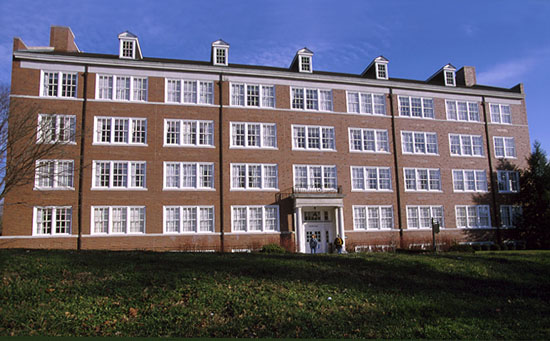 Porter Hall is located in the West Green, coordinates F-5 on the campus map. It is marked as #112 on the map.

Built in 1959, the five story building was originally used for Botany, Geography, Geology, and Psychology departments. Major renovations and repairs were made to the building in 1993, and it reopened in 1994. It contains classrooms, computer labs, health clinic, headache clinic, faculty and staff offices, and conference rooms.

Porter Hall was named in honor of James P. Porter. Educated at Indiana State Normal College, Clark University and Waynesburg College, he taught in public schools before coming to Ohio University as a Professor of Psychology. He was editor of the Journal of Applied Psychology for several years and in 1922 became chairman of the Psychology department where he remained until his retirement.