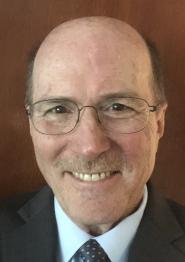 The event, hosted by Ohio University President M. Duane Nellis on behalf of the Voinovich School of Leadership and Public Affairs, honors alumni involved in service to the federal government or engaged in civic debate of federal public policy.

“We are honored to award this year’s OHIO Federal Government Alumnus Award to Ken Klein for his outstanding contributions that have helped to elevate OHIO’s national profile,” Dr. Nellis said. “As executive vice president for the OAAA, Ken has helped to promote OHIO’s students, faculty and staff, particularly within the nation’s capital.”

In Washington, Klein has served in leadership positions for decades, including chief of staff to U.S. Sen. Bob Graham. Since 2001, he has been executive vice president at the national trade association for the out of home advertising industry. In that capacity, Klein has forged award-winning collaborations to help the environment, public safety and law enforcement. Klein is widely published and quoted on advertising, free speech and new technology.

His more than 40-year career in media and politics started at the student daily newspaper at Ohio University, The Post. He is still active with Ohio University through a position on the Dean’s Advisory Council for the Scripps College of Communication.

This is not the first time Klein has been awarded for his work; he earned the FBI Director’s Community Leadership Award in 2011.

Event registration is now open through September 12 by visiting oualumnievents.com.