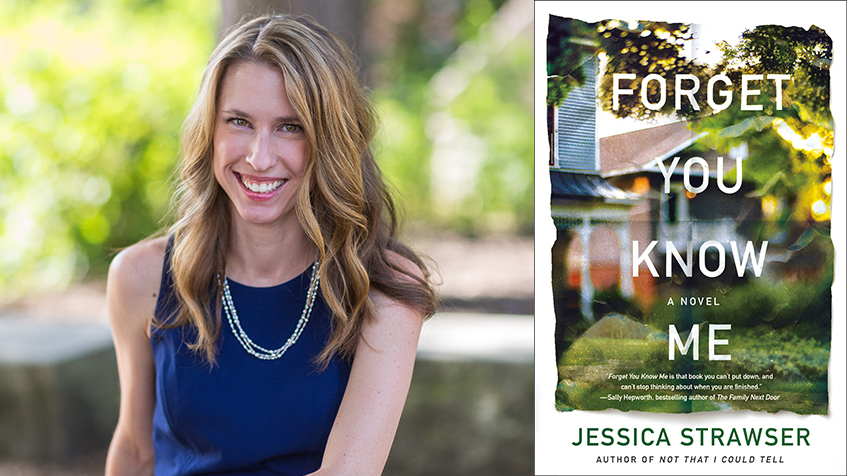 Jessica Strawser, a 2001 OHIO alumna, has been chosen as the 2019 writer-in-residence by the Library Foundation of Cincinnati and Hamilton County.

“It’s an honor, and a humbling responsibility. Outreach to the writing community has always been a part of who I am as a writer,” Strawser said. “I’m excited to have this opportunity to do it in my own backyard, in partnership with a library organization that is close to my heart.”

She will serve as the literary ambassador to the community, while also fulfilling her role as editor-at-large with Writer’s Digest.

Kate Lawrence, programming and exhibits manager for the Public Library of Cincinnati and Hamilton County, said Strawser’s experience and commitment to the literary community is outstanding.

“She brings a wealth of experience to the role, not only as a writer, but also through her work at Writer’s Digest and through her many years of experience teaching the craft of writing,” Lawrence, who was also a member of the writer-in-residence selection committee, said.

Kurt Dinan, a 1993 OHIO alumnus and young adult novelist, was also previously named the 2017 writer-in-residence for the Public Library of Cincinnati and Hamilton County.

Strawser has authored several domestic suspense novels including “Almost Missed You, Not That I Could Tell” and her newest release in February 2019: “Forget You Know Me.”

She said the biggest highlight of her career is being able to hold two dream jobs at once. She is on the masthead at Writer’s Digest and on her bookshelf, she added.

After graduation with a degree in magazine journalism, Strawser took a role as assistant editor at Writer’s Digest and then worked her way up to editorial director, a position she held for about nine years. She said she found inspiration in the cover stories she wrote that profiled bestselling and award-winning writers.

“In that way, everything I’ve accomplished in my career has been shaped by my start at Scripps,” Strawser said. “I’m so grateful for the foundation I received there.”