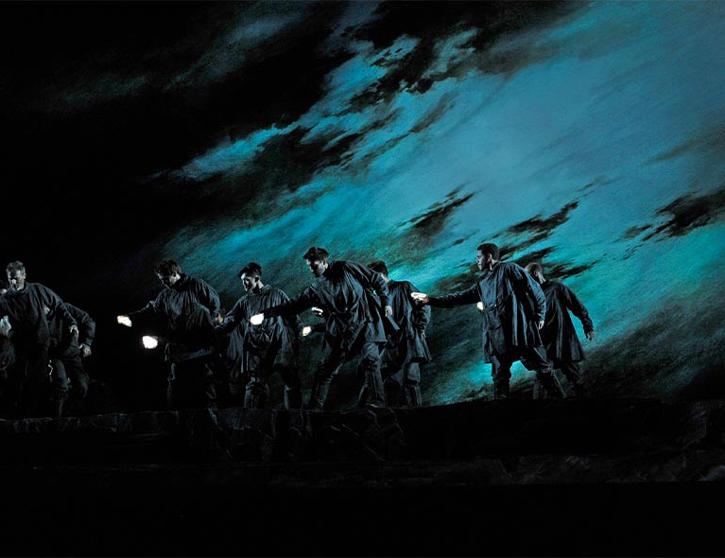 This production has been cancelled and will no longer be airing at the Athena Cinema on March 14th.

François Girard, whose revelatory 2013 take on Parsifal set the recent Met standard for Wagner stagings, now unveils a spellbinding new vision of the composer's tale of a cursed sea captain doomed to sail the open ocean for eternity—live in cinemas March 14. With sweeping sets by John Macfarlane, Girard’s new production turns the Met stage into a rich, layered tableau reminiscent of a vast oil painting. Valery Gergiev conducts a brilliant cast led by bass-baritone Evgeny Nikitin as the Dutchman, with German soprano Anja Kampe making her anticipated Met debut as the devoted Senta, whose selfless love is what the Dutchman seeks. Bass Franz-Josef Selig is her father, Daland, and tenor Sergey Skorokhodov is her deserted former lover, Erik. This live cinema transmission is part of the Met’s award-winning Live in HD series, bringing opera to more than 2,200 theaters in more than 70 countries worldwide.

Tickets can be purchased through Athena Cinema.