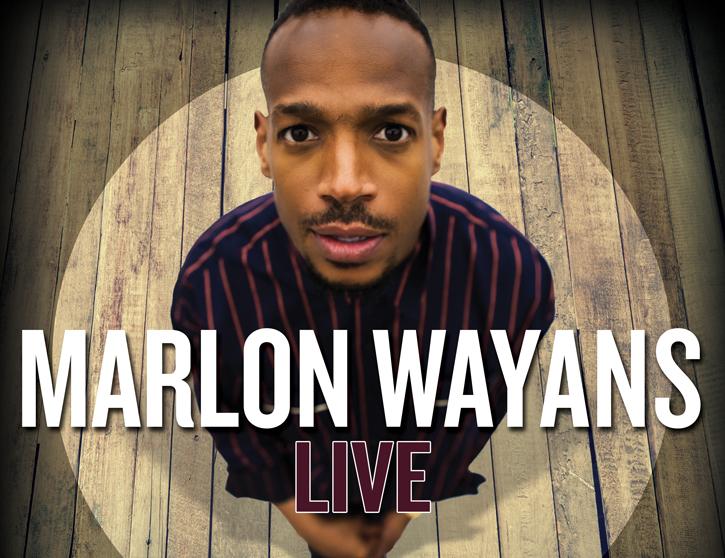 Marlon Wayans is an actor, producer, comedian, writer and film director. His films have grossed more than $736-million in domestic box office, an average of nearly $50-million per outing. As a standup comedian, he is selling out nationwide and adding shows every weekend. Wayans can be seen starring in the comedy spoof FIFTY SHADES OF BLACK which he also wrote and is executive-producing. Wayans recently hosted the hit NBC show “I Can Do That!,” a comedy/ variety series where six celebrities are asked to put on an entertainment show with skills they didn’t even know they had. The six episode hour-long series aired this summer. Wayans starred in the Open Road Films comedy A HAUNTED HOUSE 2, the sequel to the hilarious and successful film, A HAUNTED HOUSE, which had a budget of $2-million and grossed $18.1-million on the opening weekend. Wayans produced A HAUNTED HOUSE, as well as A HAUNTED HOUSE 2. The sequel, directed by Michael Tiddes, is now available on DVD. Wayans starred alongside Gabriel Iglesias, Essence Atkins and Jamie Pressly. Wayans is commonly recognized for his role as ‘Marcus Copeland’ in Columbia Pictures’ 2004 hit comedy WHITE CHICKS, opposite Shawn Wayans, Jamie King and Terry Crews. The film was directed by Keenen Ivory Wayans and grossed $69 million in the United States. He also starred alongside Shawn Wayans and Regina Hall in Dimension Films’ horror comedy spoof films SCARY MOVIE and SCARY MOVIE 2, directed by Keenen Ivory Wayans.