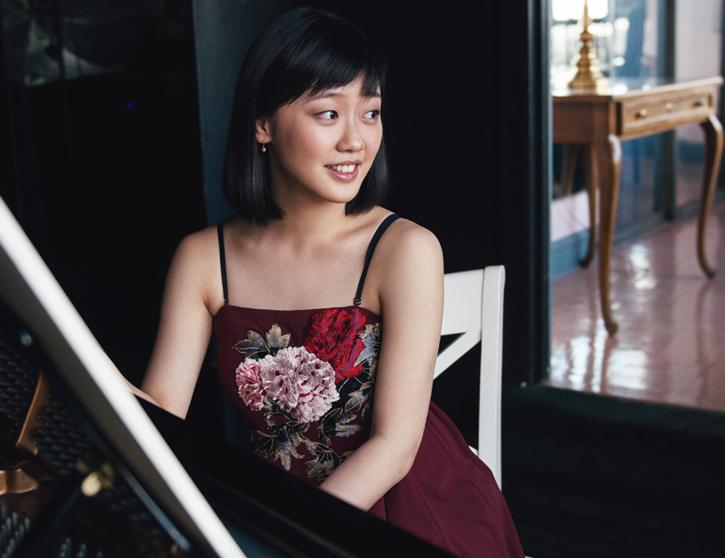 Her program will include:

Praised for her “bountiful gifts and passionate immersion into the music she touches” (The Plain Dealer), pianist Fei-Fei is a winner of the Concert Artists Guild Competition and a top finalist at the 14th Van Cliburn International Piano Competition. She continues to build a reputation for her poetic interpretations, charming audiences with her “passion, piquancy and tenderness” and “winning stage presence” (Dallas Morning News), both in the US and internationally, including her native China.

Fei-Fei’s 2019-2020 concert season will take her across the globe in concerto performances, recitals and chamber music collaborations alike. Highlights include performances with the Baden-Baden Philharmonic touring in Germany, a tour of Spain with the New York Youth Symphony, as well as concerto engagements with the Costa Rica National Symphony Orchestra, Columbus Symphony, Big Springs Symphony and Symphony in C. This season also brings a new special project titled The Inner Voices with violist Dana Kelley and clarinetist Yoonah Kim, featuring the music of Mozart, Schumann and Brahms.

Fei-Fei was showcased prominently as a Cliburn finalist in the documentary film, Virtuosity, about the 2013 Cliburn Competition, which premiered on PBS in August 2015. She is currently based in New York City.

Free and Open to the Public

For more information, contact the Ohio University School of Music

$0.00
:
FREE and Open the the Public
Purchase Tickets