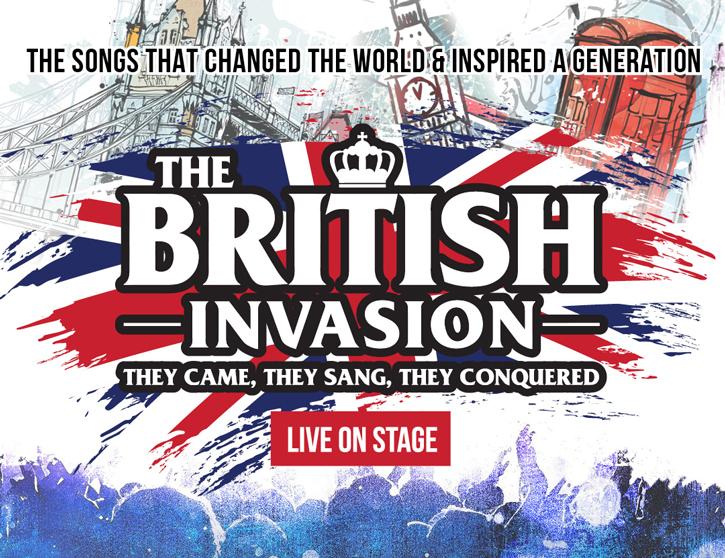 The British Invasion – Live on Stage

The British Invasion was a cultural phenomenon that completely re-directed the course of history. In January 1964, America was still mourning the death of President John F. Kennedy and everything seemed to be in a vacuum; music was dominated by manufactured teen idols; Elvis was in Hollywood; everything was squeaky clean and dull. On Sunday night, Feb 9, 1964, close to 50% of US television viewers tuned in to the #1 variety show of the era, The Ed Sullivan Show, to see the American debut of a British group called The Beatles.

The very next morning; all music, art, fashion, literature… in fact, the very essence of pop culture had been transformed, erased, re-vitalized, and reinvigorated.

Within a week, British music dominated the charts and the airwaves; The Rolling Stones, Dave Clark 5, The Animals, Hollies, Manfred Mann, Dusty Springfield, The Searchers, Gerry & The Pacemakers, The Zombies, Freddie & The Dreamers, Herman’s Hermits, The Kinks, and dozens more. There was a sense of teenage rebellion with long hair, pointy boots and a unique kind of music that sped up and mashed up American sounds with an unstoppable urgency and rhythm. You could be whoever or whatever you wanted. The rules were gone!

It was a golden age of pop music that changed the world and inspired a generation.