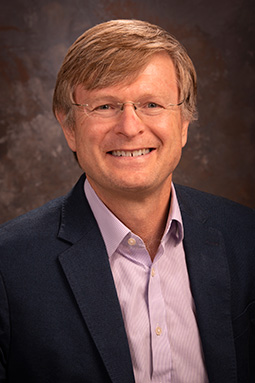 Dr. Skinner, a professor of endocrinology in the Department of Zoology and Physiology, will join Ohio University from the University of Wyoming, where he served as the inaugural dean of their Honors College since 2017.

“Dr. Skinner has a proven track record of success related to developing and implementing Honors programs. His experience is crucial as we seek to advance the overall academic quality of our institution, to attract the best and brightest students to OHIO, and to provide opportunities for all students to engage in experiential learning,” Dr. Djalali said. “I am grateful to the search committee for identifying such a promising leader. OHIO’s Honors Tutorial College is a distinctive, signature academic program that focuses on learning through individualized or small group tutorials. This past year we successfully launched the first cohort of an expanded OHIO Honors Program that enrolls a larger cohort of students who seek experiential learning opportunities as a mode of enhanced learning. I am confident that as dean, Dr. Skinner will operationalize our vision as we evolve our academic enterprise, strengthen our traditional Honors Tutorial College experience, and expand honors programming for One OHIO.”

Dr. Skinner received his Ph.D. from the University of Cambridge, England, and a Bachelor of Science in Zoology and Computer Science from Rhodes University in South Africa. After post-doctoral fellowships at Cambridge and INRA in France, he was appointed to an assistant professorship at the Vet School at the University of Bristol before relocating to the University of Wyoming in 2002.

After four years as head of the Department of Zoology and Physiology, he was selected in 2017 as the inaugural dean of the University of Wyoming’s Honors College. Dr. Skinner has published 80 papers in scientific journals, mostly on hormones secreted by the brain. He pioneered the development of the physiology bachelor’s degree at UW as a direct response to increasing student preparedness for engaging in the health care professions in Wyoming.

In his new role, Dr. Skinner will serve as dean of the oldest, largest, and most academically diverse tutorial-based, degree-granting honors college in the country, which was modeled after the tutorial traditions of British universities such as Cambridge and Oxford.

Dr. Djalali announced the search committee for Ohio University’s dean of the Honors Tutorial College in December 2018 after Dean Jeremy Webster became the Zanesville Campus Dean in June 2017. Cary Frith was named interim dean shortly afterward and has served in that capacity for almost two years.