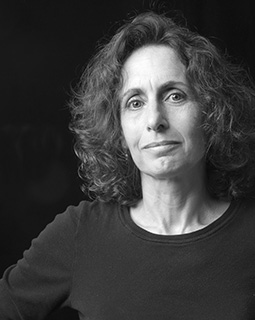 A respected writer and commentator on environmentalism for The New Yorker, Kolbert will discuss her Pulitzer Prize-winning book, “The Sixth Extinction: An Unnatural History,” which documents previous extinction events and theorizes that the Earth is in the midst of a modern, man-made, sixth extinction.

In addition to being awarded the 2015 Pulitzer Prize for General Non-Fiction, Kolbert’s accolades include the 2010 National Magazine Award for Reviews and Criticism, the 2006 National Magazine Award for Public Interest and the 2005 American Association for the Advancement of Science Journalism Award. A former reporter for The New York Times, Kolbert appeared on “The Daily Show” in 2014.

To add to her accolades, the E.W. Scripps School of Journalism will be awarding Kolbert with the Carr Van Anda Award. The school’s top award is presented to professional journalists who the faculty recognize for their lifetime achievement. Judy Woodruff, Marty Baron and Charlayne Hunter-Gault are recent recipients. The award is named for Carr Van Anda, who studied at Ohio University 1880-82. In 1904, Van Anda became managing editor of The New York Times.

Ohio University’s Frontiers in Science Lecture Series is free and open to the public. Seating is limited and available on a first-come, first-serve basis. Doors open at 6:30 p.m.

The Frontiers in Science Lecture Series was established in 1991 by a gift from Dr. Jeanette Grasselli Brown, an OHIO alumna and former University trustee, and her husband, Glenn R. Brown. The series features scientists who have been recognized for their commitment to share their scientific knowledge with individuals of all ages.