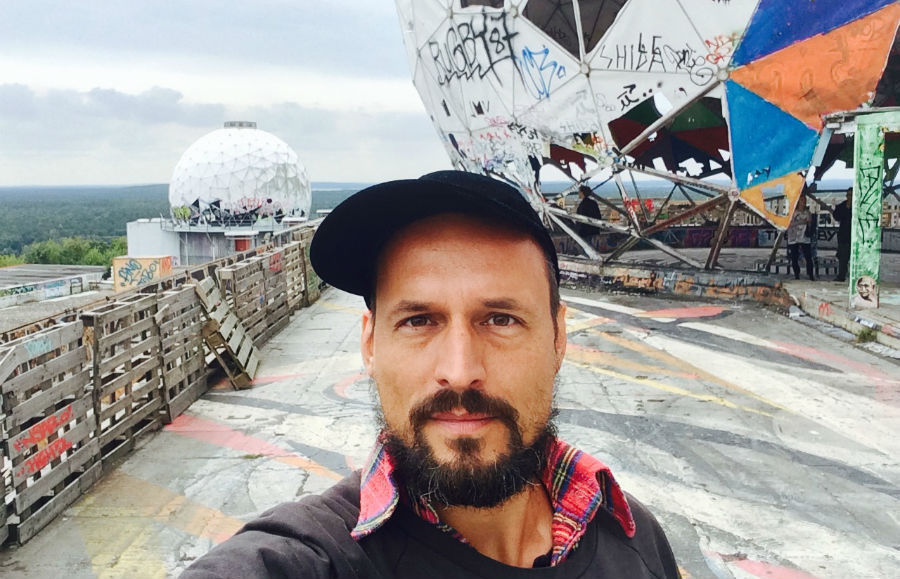 Kevin Rittberger, a playwright, director, curator and journalist, is “trying to figure out what we can explore in theater when we think about a more-than-human world.”

Currently based in Berlin, Rittberger has studied contemporary German literature, journalism and communication sciences. Recently, he visited Ohio University to work with students in the School of Theater to explore the making of performances and performance art.

Matthew Cornish, associate professor of theater history and Rittberger’s faculty host, said students learned to work in non-hierarchical art structures to build scenes. Along with this workshop, Rittberger also worked with individual School of Theater classes during his visit.

“One of the things that Kevin tries to do when he writes plays is to write them collectively with all members of the artistic team gathered together, as opposed to a playwright writing on their own in their office and then delivering a finished text,” Cornish said.

By discovering other ways to create theater – specifically German methods – Cornish hopes students were empowered to make theater outside of typical American systems.

"Anything that helps us to see what the theater can be beyond the box that we put it in in the United States and in Southeast Ohio, I think is really helpful for our students,” Cornish said.

Rittberger also shared his recently translated texts and experiences about why theater is an important medium, and what the art form will look like in the future. While at OHIO, he enjoyed working with and learning from theater students.

“I want to meet people who are also interested in doing theater and reflecting about this practice of breaking a fourth wall, and what this could mean for us today,” Rittberger said.

When asked what message he wants students to take away from the workshop, he hesitated to promote just one. Instead, he said, he hopes they experienced the notion of “figuring out things together.”