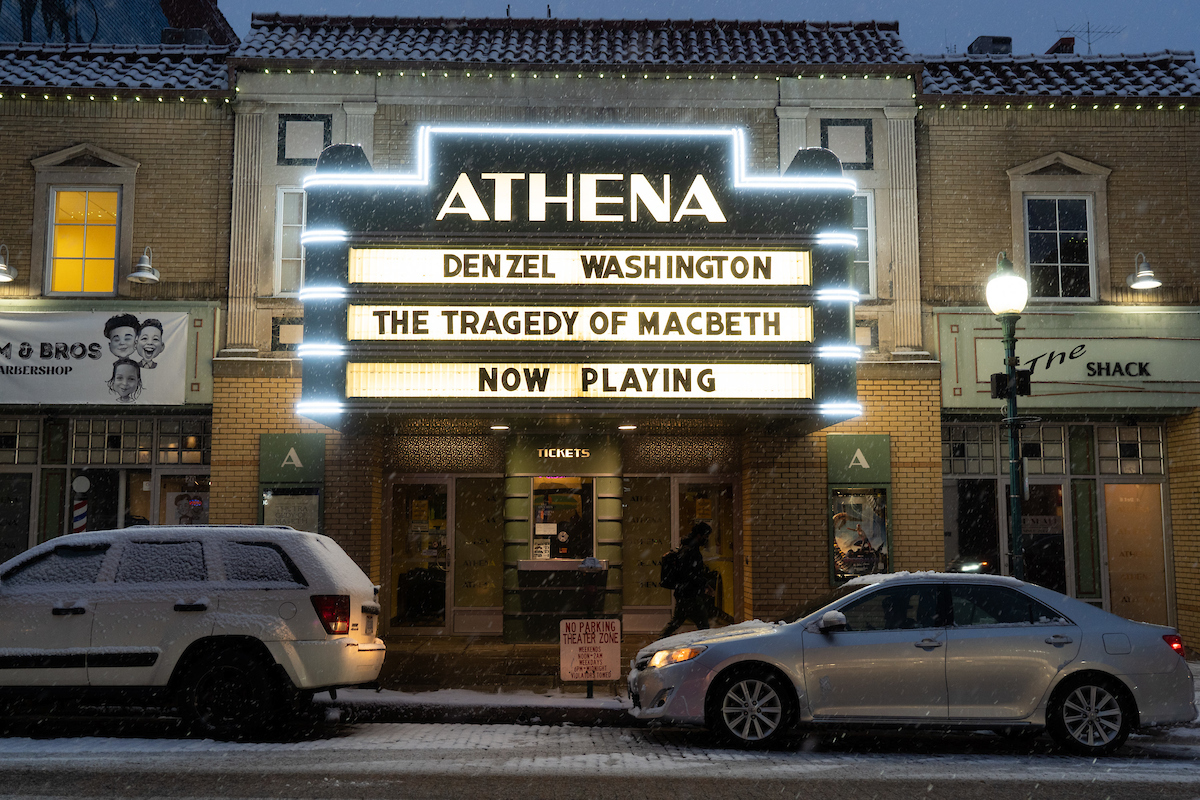 One industry that was particularly affected by the pandemic was local cinemas. Not only was there a major slow-down on film production while Hollywood figured out how to make movies in the new circumstances, in-person showings were virtually impossible for the first few months, and even after things opened up again, capacity was greatly reduced to allow for social distancing.

The Athena Cinema, right here on Court Street, was among the many greatly affected. Thankfully, in more recent times the Ohio Arts Council has gone a long way to provide grants to help organizations like the Athena not only survive but thrive and become more accessible and a key aspect of the community.

“The Ohio Arts Council is this amazing resource for arts organizations within the state. They disperse funds for all sorts of things: new projects, programming, professional development,” said Alexandra Kamody, director of the Athena. “We have always wanted to partner with the OAC to write grants for some of their projects, to get involved.”

The Athena has a long history of collaboration with the OAC, dating back to sustainability funding for the Athens International Film + Video Festival. Kamody and College of Fine Arts Dean Matthew Shaftel hoped to continue this strong tradition a few years back, creating a team to request OAC funding. They see the OAC as a key supportive organization for what is a traditionally underfunded and appreciated programming in the arts, and OAC funding in itself helps to raise the profile and legitimacy of projects.

That original group applied for and received the Arts Next Grant.

The goal with this grant was to increase accessibility for the Athena. Building upon programs like Open Caption Mondays, they wanted to offer more accessible screenings. This became the Accessible for All Initiative, opening up more of this type of screening to help not only those who are deaf or hard of hearing, but also those for whom English is a second language, those on the autism spectrum, and other audio-processing issues and disorders. While this was delayed by the pandemic due to the in-person nature of it, the Athena was able to achieve this new series once it reopened. This success opened the door to two more grant opportunities; Capacity Building and Building Cultural Diversity.

“COVID stopped us from doing in-person conferences, which have always energized our team for action and allowed us to network with other similarly structured organizations,” Kamody said. “We found out there was an opportunity to attend a League of Historic Theaters Conference in Cleveland. We thought this was a great OAC funding opportunity as we were asking for money to fund professional development of an organization in Ohio at a conference in Ohio. This became the Capacity Building grant.”

This opportunity led to a lot of collaboration with other theaters, filling the Athena staff and administration with new ideas. This fed into the next grant opportunity in the Building Cultural Diversity grant. The Athena had already been planning an Appalachian Stories Film Series, in the works since before the pandemic. Working with Tiffany Arnold, one of the co-chairs of the Appalachian Studies Association Conference, the Athena had showings of an Appalshop film called “Stranger with a Camera,” which had been a huge success.

“Out of that was borne the idea of doing a whole series of films depicting Appalachian life and cultures paired with speakers. We planned to do this in either 2020 or 2021, so we were forced to delay. Then we saw this OAC Grant called Building Cultural Diversity, and I thought it was a perfect fit,” Kamody said. “The funding, combined with pre-existing funding from local sponsors, has helped to carry the costs of these educational showings and may even help with future seed money and advertising.”

The Athena hopes to apply for more grants in the future, including the Sustainability funding to help with operational costs going forward. The current goal is the Artists with Disabilities grant, the last grant they can apply for and receive during this application period. As funding like this comes in, it not only elevates the Athena’s programming in a conventional sense, it helps the Athena stand out on the broad and crowded stage of arts funding, allowing it to hold more sway in future endeavors.