Father passing torch as professor to daughter in School of Music 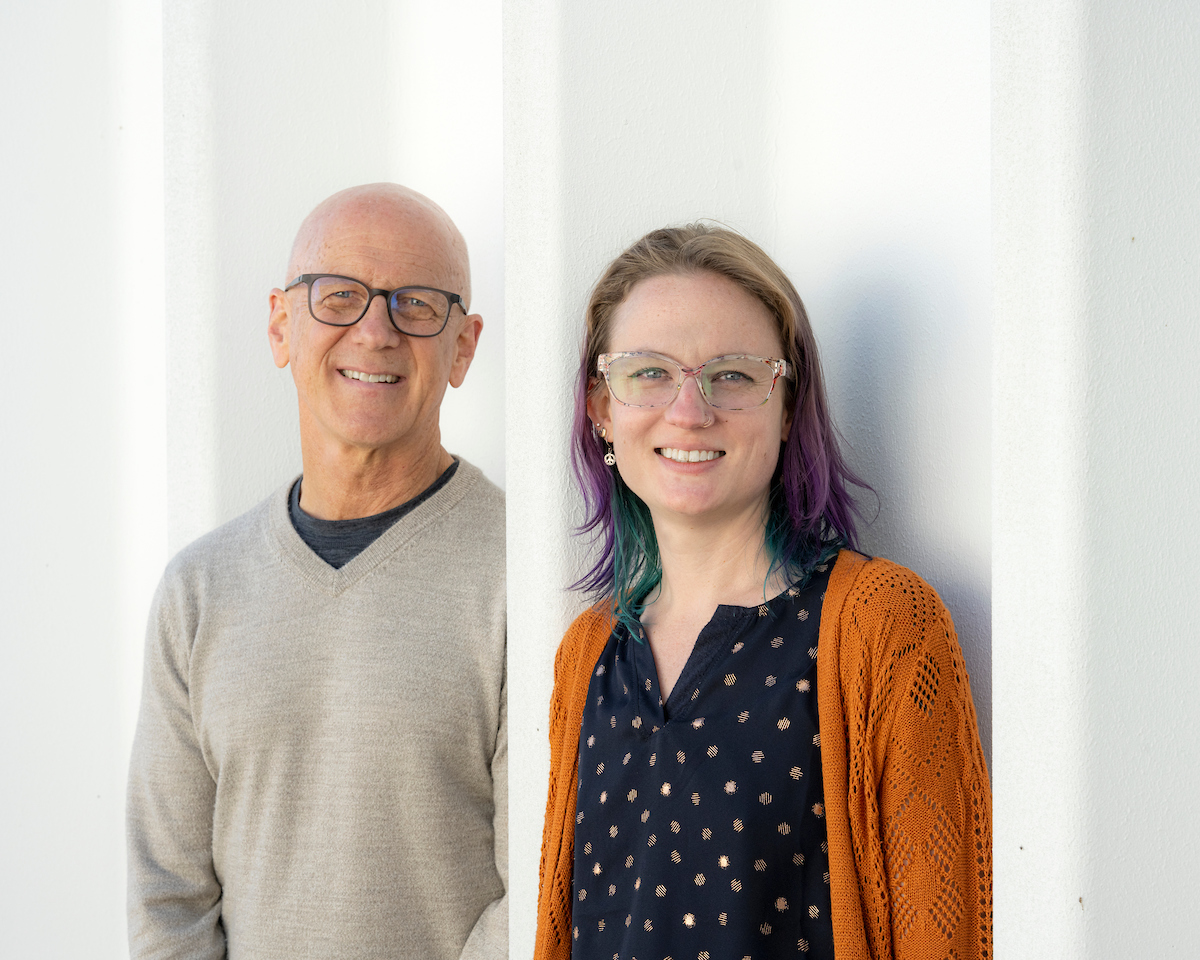 In 1998, John Schlabach took a job with Ohio University, leaving behind Kentucky, the place where had been raising his young family. He wanted a more Midwestern atmosphere and a position teaching only the trumpet.

In just a few months they had to buy a house and move many miles so his 9-year-old daughter Jessica could go to fourth grade classes in Athens.

Twenty-five years later, a similar flurry of circumstances has created a rare overlap in the world of education. Schlabach’s daughter, now Jessica Fletcher, is now an assistant professor of instruction for music therapy here at Ohio University. Fletcher, who has been working in the public sector for a decade, took on adjunct professor work with Ohio University during the pandemic. To her, the full position came as a bit of a surprise. Much like when the family first moved to Athens, it happened all at once.

“All of sudden, there was this position that had opened. It came very late in the summer. I like the full-circleness of it all,” she said.

Schlabach has been a part of the University for decades as the professor of trumpet chair, earning a Distinguished Teacher Award in 2001. By a stroke of serendipitous luck, this semester, his daughter’s first in a full-time position, happens to be his last as he prepares to retire. Schlabach has been thrilled to watch his daughter become his colleague.

“It was so great to watch her evolve and grow as a music therapist and be so passionate about her job. And then they asked her to start teaching an adjunct class or two, and I thought ‘Well this is cool, my daughter is my colleague,’” Schlabach said. “But as I made the choice to step away from full time teaching, I gave up hope on us ever working together full time. So this has been the best retirement present ever.”

The journey the two have taken to arrive back here together again is long and fascinating one. A young Jessica even once mused that she thought the family would live in Ohio someday, and once here, became swept up in the music that her father was helping to make, and her own.

“I can remember going down that hallway to oboe lessons,” she said, pointing down her newly-decorated office doorway. “I used to sneak the candy that they kept at the front desks for kids. Some of the people here hold their hands down by their waists talking about how I used to be this big and so on. Coming behind my dad, taking the reins so to speak, is daunting. But I do feel right at home here, thanks to the community.”

Schlabach, meanwhile, is absolutely thrilled to pass the torch to his daughter. Watching her grow up in the Athens/Ohio University community, he was able to nurture her creative desires without smothering her in expectations. While she doesn’t play the oboe quite so much anymore, those lessons learned in Glidden taught both a love of music and education.

“Like every kid who grows up in a place like this, thinking, ‘I’m gonna go away and be in the bigger pond.’ And I did that, but I ended up coming back here to OU to get my Masters,” she said. “And while I was excited to be back, that was really when I started to regrow the connection with OU.”

After that, Fletcher began working in with Central Ohio Music Therapy, with a focus on greater Appalachia and Southeast Ohio. She worked in corrections and mental health, as well as with women with addiction. It was in this line of work she fell in love with the community focus and engagement, and that brought her back to Athens.

“I know it’s still kind of a mysterious major here. My personal definition is, we are using the medium of music to support you in whatever your goal is,” she said. “That can seem pretty vague, but as basic definition for a field that touches so much, it works.”

Fletcher hopes that her work here at Ohio University will help to inspire more people to look into music therapy, both as a way to help manage and work through struggles and goals of their own, but also as a potential way to help others. As an assistant professor of instruction, she will help students see the practical benefits of the help they can offer, going out into the much-beloved community like trips to O’Bleness Hospital.

All of this has made Schlabach both a very proud father and educator.

“We have so much gratitude to the community and the school for so many great years, I’m just glad I’m leaving the music school in such good hands,” he said.