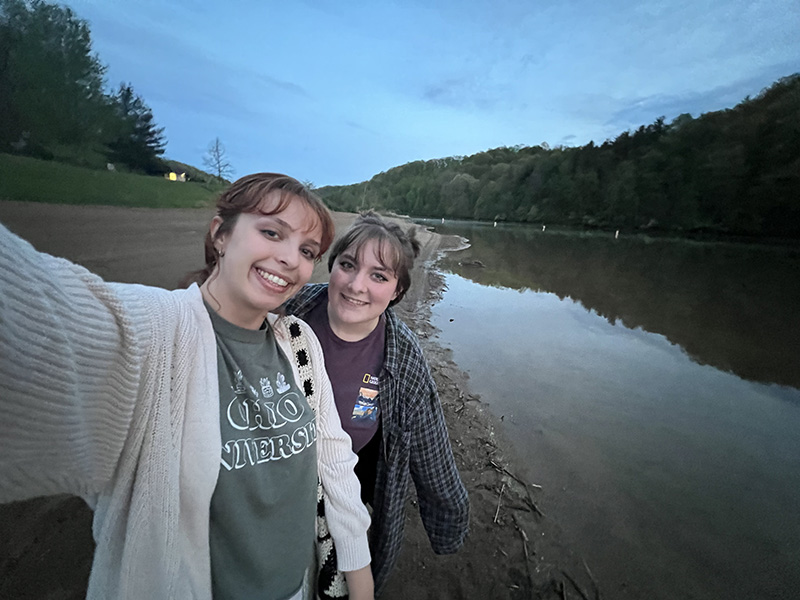 Kelly said she and Herr were tasked with creating a campaign to spread awareness for disabled voters while based in Savannah, Georgia.

“We poured our heart and soul into it,” Kelly said. “We created a website, designed social media content [and] videos."

Throughout the process, they not only learned about video editing and production but were able to educate themselves on the Americans with Disabilities Act and learned how to create a proactive message, Herr said.

“Being able to work with people, we felt like we were doing something that mattered and that was a big deal to us,” Herr said.

Herr and Kelly said the experience gave them more direction in what to look for in jobs after graduation. It also informed them on the challenges of non-profit work.

“College students need to really understand not-for-profit-based work is very hard,” Herr aid. “It’s hard on you emotionally because these are real people that you’re working with; you know their stories.”

Herr and Kelly worked together to design a campaign website for the Save My Vote, GA campaign, including a series of video's like this one featuring community leaders centered in Savannah.

One of the hardest things about video production, they said, was the editing process, which they called, “going through the machete.”

“It definitely was a learning curve,” Kelly said.

Despite some of the challenges, Herr said working for Video/Action and in non-profit work in general was a rewarding experience.

“It is a gratifying experience to feel like you’re making a difference in the world, and you’re doing something you’re passionate about,” Herr said. “If you can do that through your work, that’s even better.”

Herr said the benefits of experiential learning opportunities provide a big return and encouraged students to seek them out, adding that it helps to jumpstart a career or open the doors to a new experience.

“Have as many experiences as you can,” Kelly said. “You want to know what you like and what you don’t like … You shouldn’t limit yourself just to one option.”