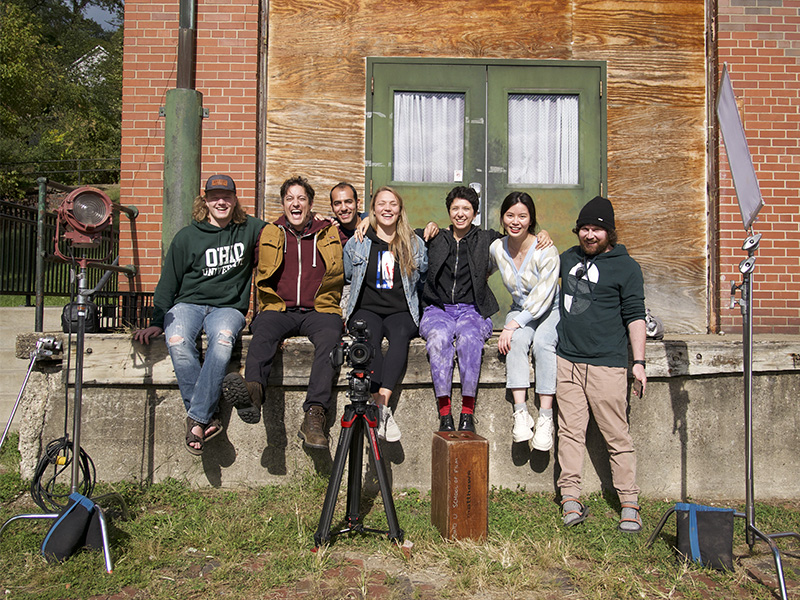 Ohio University’s School of Film graduate students will premiere seven original short films for their First-Year Screening this Saturday, Oct. 1, at the Athena Cinema at 7 p.m. Admission to the short films is free.

The films examine such topics as identity, family, freedom, grief, coming-of-age and much more. This work represents a diverse group of people and influences, with the filmmakers coming from near and far including Germany, Texas, Ohio, Iran and China.

The film lineup includes "Last Meal" by Sterling Hurst, "Burgeoning" by Jinyang Li, "Unmatch" by Soheil Goharipour, "Waiting for the Sun" by Mahsa Talebiani, "Lea's Dance" by Talisa Lilli Lemke, "The Rabbit" by Max Kaplan and "Teatime" by Jordan Spayd.

First-year students in the School of Film go through a “boot camp" where they all take a prescribed series of classes in production, sound, editing, acting, directing, screenwriting, producing, and film studies. During this intensive foundation-building year, they are also compiling a creative portfolio under fairly strict guidelines that includes two 16mm narrative films and a high-definition observational documentary. Films by the School of Film students have screened at top film festivals all over the world.

Film projects often feature students studying in the School of Theater and other members of the vibrant University and Athens community.

The Athena Cinema is located at 32 S. Court Street in Athens. The filmmakers will be in attendance during the screening.