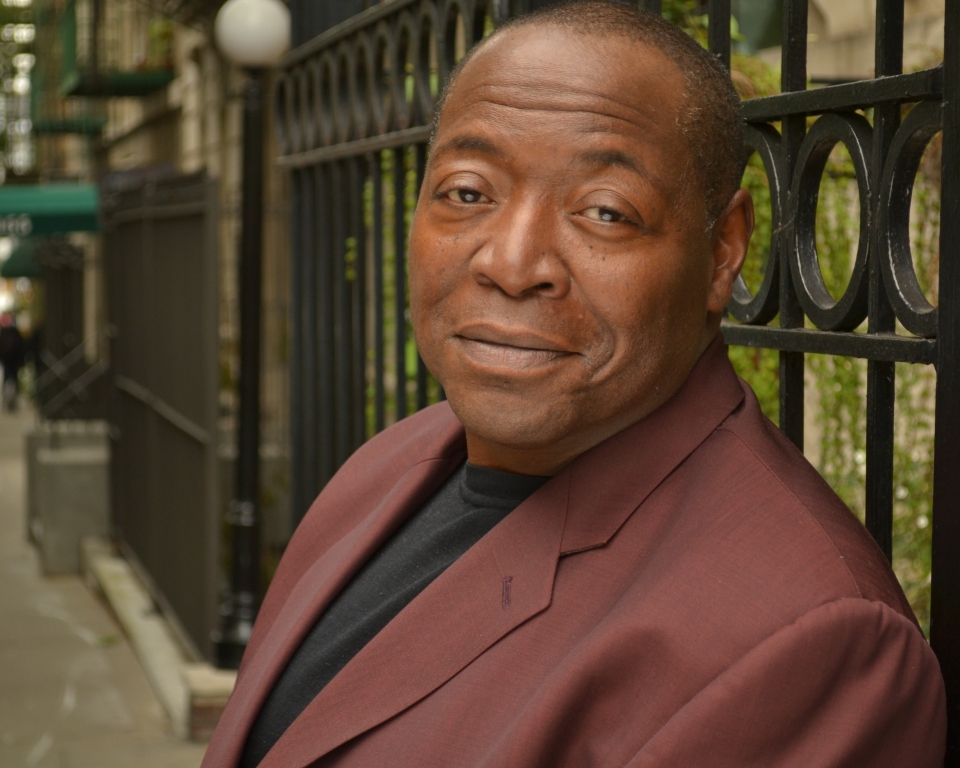 On June 12, 2022, theater’s biggest night, the Tony Awards, returned after a two-year hiatus due to the COVID pandemic. Amid the hundreds of artists there and nominated for an award that night included a member of the Bobcat family and longtime stage actor, Chuck Cooper, who was nominated for Best Featured Actor in a Play for his role in “Trouble in Mind.”

Cooper, a native of Cleveland, Ohio, graduated in 1976 from the College of Fine Arts’ School of Theater. When coming into school he knew he loved performing but was unsure what profession would allow him to have fun and spend his life truly enjoying what he does.

“It was serendipitous actually, I sang in the choir in high school and although we were in high school, we had a semi-professional choir,” Cooper explained. “We toured, cut albums, and performed several concerts every year. It was rigorous work but such a formative experience for me.”

Although Cooper himself didn’t know what exactly his career trajectory was going to be, acting ran in his blood as his father was an amateur actor at the Karamu House in Cleveland.

“I knew Ohio University had great communications and media programs and my initial thought was that I wanted to be a disc jockey and play music all day,” Cooper said. “It seemed like a fun career and mixed well with my experience in music.”

Once getting to OHIO for first-year orientation, everything changed. Cooper went into orientation undecided and just so happened to be put in an orientation group where the faculty advisor was a lighting design professor in the School of Theater. After talking with the professor and filling out a questionnaire, the professor suggested he try the theater track, noting that it seemed to align with his interests and career outlook. Cooper had of course been around the theater thanks to his dad, as well as having friends who did theater and even working maintenance for some local theaters in the summer but had surprisingly never tried acting.

“It looked like a lot of fun when everyone around me was doing it, so I pursued it, not thinking I would get such positive feedback from my instructors having never done it before,” Cooper said. “I got good grades and was even cast in a mainstage show my second year, which was rare for a younger student. I auditioned for the studio for my junior and senior year and was trained by several professors in the different forms of acting and how to audition and felt confident that upon graduation I would make my way to New York City to pursue my career there.”

After graduation, Cooper immediately made his way to the Big Apple with only about $260 in his pocket and connections that would serve as an incredible support system to help him start his career.

“I quickly learned that Bobcats are everywhere, but there was especially a great network of them in New York, including friends and colleagues from my studio program that really helped my get my footing and a place to stay,” Cooper added.

Knowing how tough it was to break into the industry in New York, Cooper gave himself two years to get his Actors Equity card (a card indicating a person is a member of the Actors' Equity Association or union) before reevaluating his options. Luckily for him, his talent and Bobcat connections allowed that goal to be a reality in just a few weeks. A friend of his from OHIO, Melanie Hague, recommended he audition for TheatreWorks USA, which was a performing arts repertory theater that was the largest children’s theater in America. He was quickly cast in a role in their productions, got his equity card which would allow him more access to auditions and to become part of the union, and was off to the races.

Throughout his long career on the stage, where he debuted on Broadway in the musical “Amen Corner” in 1983, to his Tony Award-winning performance in the musical “The Life” in 1997, and having played iconic roles such as Billy Flynn in “Chicago” and The Bus and The Dryer in “Caroline or Change,” Cooper’s favorite roles remain being a dad to his three children, one of whom is also a Tony-nominated actress (Lilli Cooper), and Sheldon in the recent production of “Trouble in Mind,” where he was nominated for a Tony Award.

“I realized from the moment I read the script for ‘Trouble in Mind’ that this was quite an awesome assignment. Not only because of the character I got to play, Sheldon, and his journey throughout the play, but because I was gifted to bring this Alice Childress play to the Broadway stage during this incredible social justice movement,” Cooper said. “The zeitgeist of the piece was palpable throughout the cast and company and we were keenly aware of how rare it was to be undertaking this endeavor where everyone involved was intimately involved with all their heart. We had an extraordinary company where everyone gave 200% and this complex character of mine felt like a petal of a beautiful flower.”

Cooper explained that what made bringing this work to life so incredible and rewarding was the fact that this play was meant to debut on Broadway and before mass audiences in 1957, however the production was cancelled after the playwright refused to subdue its content, particularly around the way the play confronts racism. However, the 2021 Broadway production kept the original words and intention of the playwright, amplifying how relevant the same themes and problems in this play remain today.

“This show is laden with such struggle,” Cooper said. “It took 60 years to get it to Broadway and then when it happens it is amid the pandemic, so audiences are bracing and slowly coming back to the theater, but those who ventured with us along this ride really made it all worth it. And when we were nominated for three Tony Awards, we were just so grateful to have this work acknowledged and appreciated and to be able to attend the first ceremony since Broadway shut down. It was truly celebratory in many ways.”

Cooper also noted that although being in the room with all these artists so dedicated to their art and the theater and just excited to be sharing live moments with audiences, what stood out to him during the ceremony was receiving a shout out from his daughter, who is also a Broadway actress and was presenting during the ceremony.

Looking back on his career, Cooper’s biggest accomplishments weren’t necessarily the awards given or the applauses from the audiences, rather that he took this gigantic risk right out of college and ended up achieving his dream – although he still credits helping raise three children as his top accomplishment.

“I’ve had successes and failures, and both have been great to transform me into the person I am today in the world. The people I’ve met both at OHIO and throughout life and the challenges put before me both honed my skills and fueled me to be better, something that I learned during my time in the studio acting classes. This is where I first made an attempt to find myself and OHIO provided such a fabulous incubator to do so between the relationships I made with faculty and my fellow students who helped guide me and encouraged me every step along the way.”

Now at 67, Cooper is semi-retired and loving the opportunity to spend time with his family and getting to choose what type of productions and roles he wants to be a part of. He says that after 40 years of constant work to get the next role, he’s at a place where he doesn’t need to audition anymore and if the right role his offered to him, he gets to choose whether it’s something he wants to put on his plate.

“This career path is a calling,” Cooper said. “There will be a lot of sacrifice but also abundant reward when you see all you’ve accomplished and the impact it can make on others. I call this impact karmic currency. Although the amount of money an actor makes can fluctuate and may not always be high, the feeling of having another person walk up to you after a show and tell you how your performance affected them or brought about an important memory, or the silence from an audience when you’re onstage because what you’re saying is just that important that they’re intently listening – no money can compensate for that and that experience only happens in live theater.”