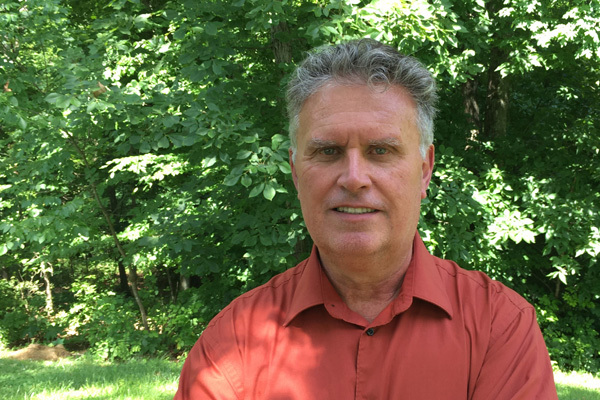 James Petrik, Ph.D., professor and chair of philosophy at Ohio University, is the new editor of the History of Philosophy Quarterly, a peer-reviewed journal.

"Studying philosophy's history enhances our understanding of contemporary issues through the careful exploration of the intellectual traditions and institutions that shaped our lives and societies. It provides us with valuable tools—concepts, distinctions, theories, and arguments—that can be applied to issues of perennial concern. It unearths neglected figures, theories, and movements, which provide additional avenues for approaching contemporary challenges," he said.

Petrik's appointment extends his ongoing work in the history of philosophy, where his scholarly contributions include publications in ancient, medieval, and modern philosophy. He has authored numerous articles on ethics, the history of 17th and 18th century philosophy, medieval philosophy, and philosophy of religion. He is the is the author or editor of four books—"Philosophy: Sex and Love,”  co-edited with Arthur Zucker (MacMillan-Cengage, 2016); “Fundamentals of Philosophy,” 8th Edition with H. Gene Blocker and David Stewart (Boston, MA: Prentice Hall, 2013); “Evil Beyond Belief “(Armonk, NY: M.E. Sharpe Publishing, Inc., 2000); and “Descartes' Theory of the Will” (Durango, CO: Hollowbrook Publishing, 1992).

Petrik was awarded the 2017 International al-Farabi Gold Medal, which is awarded annually by Kazakh National University to an international scholar who has made important contributions to Kazakh Philosophy. He also has received numerous teaching awards at Ohio University.

"History of Philosophy Quarterly specializes in papers that cultivate philosophical history with a strong interaction between contemporary and historical concerns. Contributors regard work in the history of philosophy and in philosophy itself as parts of a seamless whole, treating the work of past philosophers not only in terms of historical inquiry, but also as a means of dealing with issues of ongoing philosophical concern. The journal favors the approach to philosophical history, increasingly prominent in recent years, that refuses to see the boundary between philosophy and its history as an impassable barrier," according to a University of Illinois Press news release.

Tags:
College of Arts and Sciences
Department of Philosophy
Research