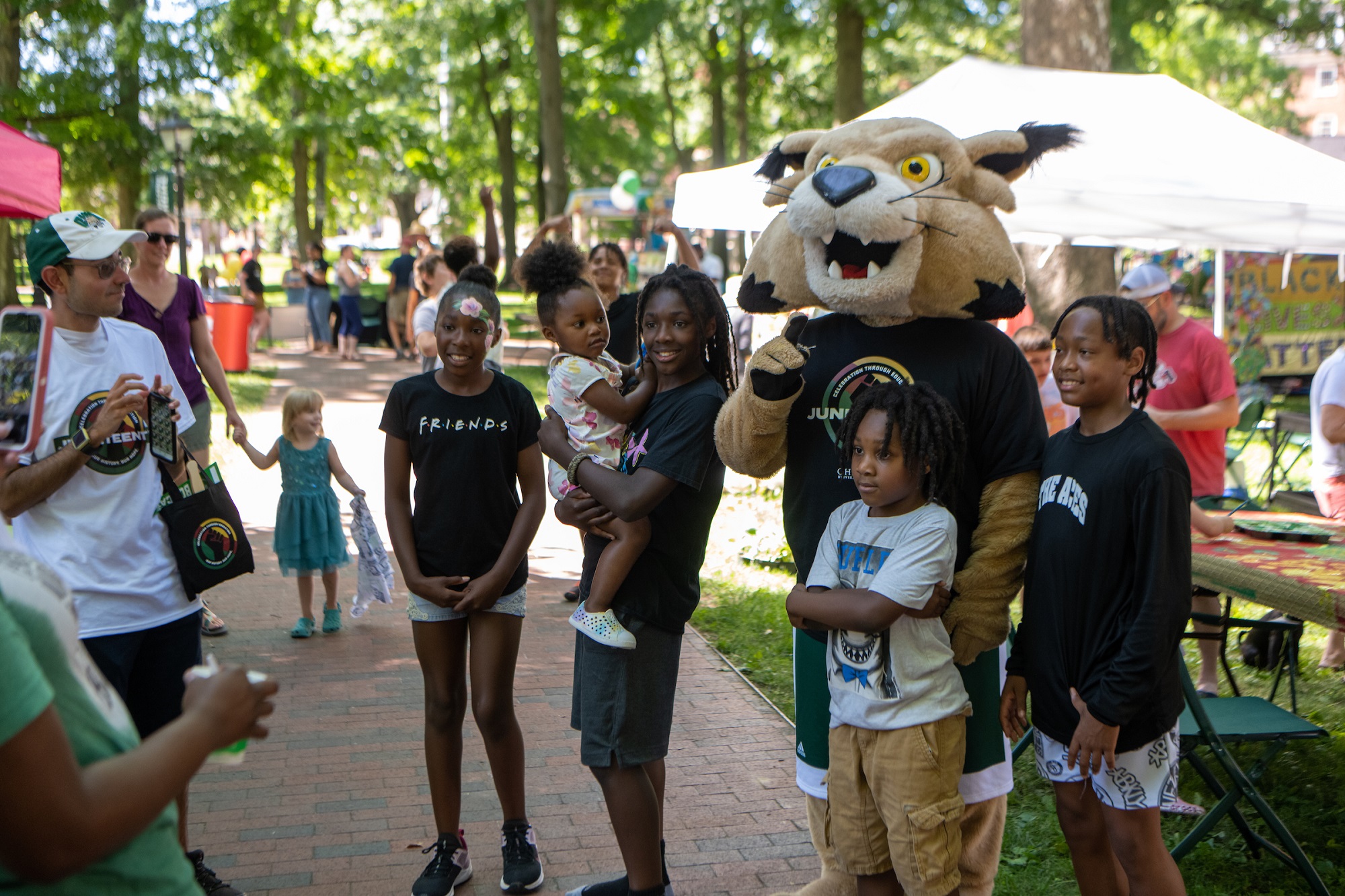 The Juneteenth Festival on the College Green.

Ohio University celebrated Juneteenth on Saturday, June 18, with a day filled with events for the entire University and Athens community.

Participants met at the Baker University Center to take a walking tour of Black history in Athens. The local community is rich with history from significant African Americans, and a map of historical sites was created by the Mount Zion Baptist Church Preservation Society.

Stops on the tour included:

To follow the morning’s walking tour, individuals gathered on College Green from 3 to 6 p.m. to celebrate Juneteenth. The festival featured food, vendors, children’s activities and a wide range of organizations.

Assistant Director of Diversity and Inclusion Programs  Vanessa Morgan-Nai helped to co-chair the Juneteenth planning committee. She described the perfect weather of the day , and a positive atmosphere.

Due to the help from sponsors across various colleges at the University, the event also offered free food for attendees.

“It was successful because we had a lot of different people come to the event,” Morgan-Nai said. “Many vendors came and educated people in the community. I really enjoyed having time to connect with family and friends. It was just a nice, calm and engaging time.”

Though the event aimed to celebrate the holiday, it also symbolizes the continued need to recognize Black history in the United States.