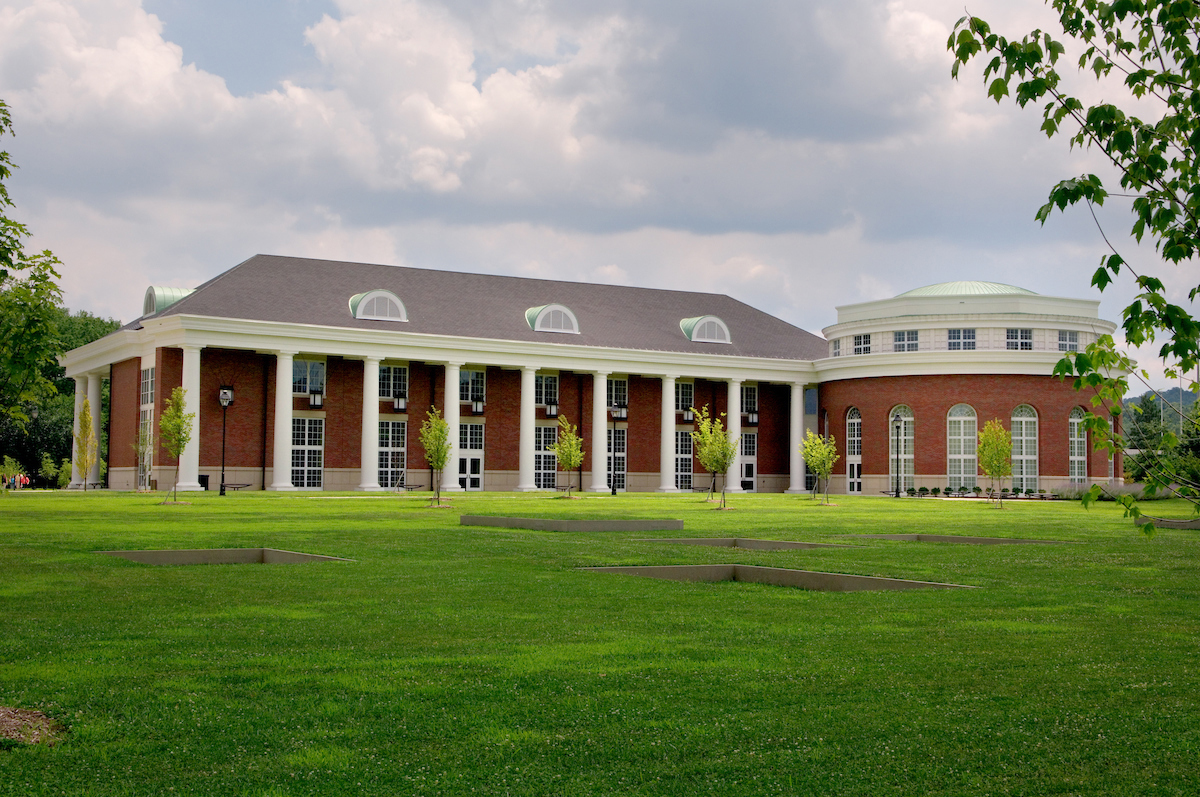 The Ohio University Board of Trustees received an update on the Housing Master Plan and approved an updated Capital Improvement Plan and a pair of new degree programs during its meetings June 13-14.

Representatives from the Scripps College of Communication also shared how the college incorporates experiential learning throughout the curriculum, especially in the esports program.

Scripps College of Communication students and faculty joined Dean Scott Titsworth to discuss the College’s emphasis on experiential learning opportunities, highlighting the Game Research Immersive Design (GRID) Lab and the new OHIO Esports Arena. They reviewed how the J. Warren McClure School of Emerging Communication Technologies is a key collaborator with other academic units to expand the learning opportunities available at OHIO, particularly in esports. The presentation included the myriad ways experiential learning fosters life-long curiosity and problem-solving, as well as how the Scripps College is addressing emerging student interests and industry trends.

The Board toured the new OHIO Esports Arena, which will have its grand opening in Fall Semester 2022. The arena will expand students’ opportunities for curricular and co-curricular experiential learning with its state-of-the-art esports arena that houses 30 high-end gaming PCs available for both classroom instruction and student co-curricular use, 12 high-end gaming PCs for use in competition, and a broadcasting facility designed to stream competitive events to Twitch, YouTube, and other contemporary streaming platforms.

A Master of Arts in Applied Arts in Health in the School of Interdisciplinary Arts in the College of Fine Arts is designed for students with an undergraduate degree in fine arts who want to expand their practice to safely and effectively engage within the arts in health care and community environments post-graduation. The Master of Applied Arts in Health is a 30-credit hour, hybrid, one-year program and would be one of only two programs in the country to offer this type of degree.

A unique interdisciplinary degree that incorporates electives outside of fine arts, the program would be the only one in the country with a core curriculum designed and taught by fine arts clinicians and scholars who have knowledge and extensive expertise in arts in health disciplines and developed exclusively for fine arts students.

The Bachelor of Science in Nutrition and Food Studies in the School of Applied Health Sciences and Wellness in the College of Health Sciences and Professions is a 120-credit hour undergraduate program that would connect what people eat to how they live through the nutrition foundations; contemporary food awareness; cultural, social and political aspects of food systems; and environment and sustainability. Students will interact with faculty in as many as five colleges and a dozen or more departments in this multi-disciplinary program.

The Board approved changes to several broad-based and course fees as well as the program fee for a graduate program and eCampus rates. It also reviewed changes to tuition and fees that were set earlier this spring.

The Board approved several capital projects to address deferred maintenance concerns and align the function of spaces with current programming needs.

Interim Vice President for Finance and Administration, CFO and Treasurer Joseph Trubacz and Chief Facility Officer and Senior Associate Vice President Steve Wood presented an update for the FY23 Annual Capital Improvement Plan (CIP). The annual CIP represents prioritized projects expected to commence over the next year, including projects currently in design and construction with expected expenditures in FY23.

As part of the annual CIP update process, leadership considered factors such as deferred maintenance needs, programmatic priorities, critical emerging needs, and operating budget constraints. As a result, the University is considering $160.7 million in new project starts and continuing $239.8 million of projects in progress. The Board also approved $11.1 million of Century Bond 2023 funds for deferred maintenance priorities.

Interim Vice President for Student Affairs Terry Hogan and contracted consultants provided an update on the Housing Master Plan, including a review of key plan drivers such as quantity and location of housing, target market and programmatic requirements informed by peer and student/parent survey results, financial accessibility and quality reconciliation and financial performance and capabilities. The update included investment and funding approaches that meet identified strategy and goals.

The full Board of Trustees agenda is available at https://www.ohio.edu/trustees.

CORRECTION: A previous version of this story indicated that a long-term land lease with the city of Athens was approved. The item was removed from the agenda and thus not approved.