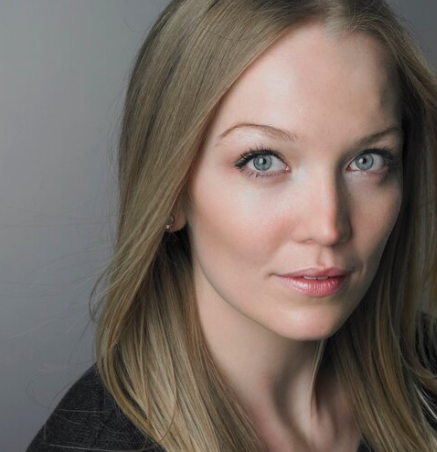 As masked students hold their scripts and eagerly wait for the next note, all eyes carefully follow Eden Hildebrand as she enthusiastically gives direction during an evening rehearsal of Ohio University alum Dave Malloy’s "Natasha, Pierre & the Great Comet of 1812. "

Hildebrand, a Canadian choreographer, has been at OHIO’s Athens Campus this semester as she works on Tantrum Theater’s production of the musical, adapted from 70 pages of Leo Tolstoy’s seminal novel, "War and Peace." Tantrum is the first theater company to do the show since rights became available.

Showtimes and tickets can be found at this website.

“I love how different the show is,” she said. “The majority of the dialogue is taken from [the novel], so it’s interesting to listen to. The music is eclectic. There are some hip-hop club numbers that we’re doing, and then we’re in a Russian pub.”

Her favorite number to work on, she said, is “The Abduction” scene.

“It’s wild, it’s rowdy (and it’s) influenced by Russian folk dance,” she said. “It’s just a grand old time. The energy is super high, there’s a lot going on. The physical demands for the number are quite high as well.”

One of the challenges in creating choreography for the show was the amount of pre-choreography Hildebrand could do before coming to campus. Because the show’s production  was delayed from 2020 due to the pandemic, she said, Hildebrand wasn’t part of the audition process.

“I had no idea who [the actors] were, what they move like, anything,” she said. “They definitely have their own person, skills and bodies, and personalities (that) definitely inform the movement, too.”

Hildebrand is grateful that COVID-19 has not really affected the production, apart from adhering to social distancing between the cast and audience. She said because Tantrum Theater is moving forward with the show, it gives her hope that the future of musical theater will be just as robust as it was in pre-pandemic times.

Hildebrand also serves as an adjunct professor in the School of Dance, teaching Introduction to Tap Dance, Tap Dance I and Ballet Technique IV. She loves how eager students are and said it’s a special process to be a part of their development as artists.

“A couple of the cast members are also working as my dance captains,” she said. “That’s been really cool to watch them as a cast member, and then take on this added responsibility and still be able to command a room respectfully.”

“She is very lighthearted,” Janoschka said. “She’s very witty, she cracks the craziest jokes in the middle of rehearsal, and they’re so funny. She has this really light spirit that’s just very fun to work with. And it’s very comforting in what can otherwise be a really stressful process.”

Janoschka said her role as dance captain includes polishing the choreography and preparing for the understudy performance, a free matinee performance on April 2 where understudies play their principal roles and the current actors become ensemble members.

“It’s common for educational institutions but not for an equity theater, which is what Tantrum Theater is,” she said. “So, part of my job has been coordinating with our principals … and making sure that everyone – who may not even get to be in a rehearsal with Eden in the room – knows what they’re doing.”

Janoschka said she also has Hildebrand for Advanced Tap. In class, Janoschka said, the focus is all on technique, yet in rehearsal, Hildebrand’s choreography is about communicating with the audience and advancing the story.

“We want to break away from the traditional and conventional way that musical theater has been produced and looked at,” he said. “We want to … incorporate more contemporary forms of dance … beyond the conventional jazz technique (and) ballet technique.”

With Hildebrand here, Gatling said OHIO can expand its course offerings to better prepare students for the worlds of dance and musical theater.

“Those courses that were not on the books at one time, are now on the books,” he said. “And both musical theater and our students can take them. Having those courses offered on a more frequent basis is exciting for me because it gives our students again, more versatility, diversity in their training.”