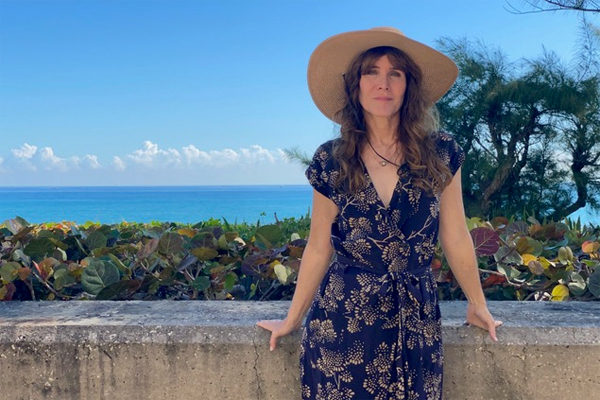 An Ohio University alumna filmmaker and a religious studies professor teamed up to edit a special journal issue on "cult films," as told through interviews with scholars and filmmakers.

Jodi Wille and Brian Collins met at the Athens International Film and Video Festival in 2018. Now they have collaborated to probe the merits of using documentaries such as Netflix’s “Wild Wild Country” in the classroom and to give professors a resource guide to materials on new religious movements.

They also spend time exploring the process of documentary filmmaking, including Wille’s upcoming work, in their special issue on "New Religious Movements and Documentary Films" for the Religious Studies Review.

Wille, who has shown her work and judged at the Athens International Film and Video Festival, directed the 2012 film “The Source Family” as well as an upcoming feature documentary on a UFO-centered religious movement called the “Unarius Academy of Science.” She earned a BFA in Film from the College of Fine Arts in 1991 and currently works out of Atlanta and Los Angeles.

Collins is chair of Classics and Religious Studies and the Drs. Ram and Sushila Gawande Chair in Indian Religion and Philosophy in the College of Arts and Sciences. He is also editor of the Religious Studies Review’s Method and Theory and Comparative Studies book review sections.

"The term 'cult film' usually refers to a movie with a small but devoted fan base, like ‘The Rocky Horror Picture Show’ or ‘The Room.’ But 'cult film' could also mean a movie about a ‘cult,’ a derogatory term frequently used against fringe or new religious movements by those in the mainstream," Collins said. "Religious studies scholars do not use the word 'cult' because of its negative associations with sex scandals, mass suicides, financial fraud, and brainwashing (another problematic term). Instead, they use the term 'New Religious Movements,' or NRMs, which could also be used to describe Buddhism in fourth century BCE India, Christianity in first century Palestine, or Hasidic Judaism in 18th century Ukraine."

Since groups like NXIVM and the Church of Scientology have become popular topics in podcasts, docuseries, and documentaries in recent years, students are increasingly likely to be familiar with some documentary-type representations of NRMs when they enter the classroom.

The purpose of the Collins-Wille issue is to provide academics with some knowledge of what is out there. Along with a list of notable documentaries, the special issue features interviews with religious studies scholars about A&E’s “Leah Remini: Scientology and the Aftermath” and Netflix’s “Wild Wild Country” as well as interviews with the in-house filmmaker of the Unarius Academy of Science and an in-depth conversation with Reza Aslan, the noted public intellectual and former host of CNN’s “Believer.”

"'Believer’ represents one of the very few recent attempts to bridge the wide gulf between the academic study of religions (including NRMs) and representations of them in the media," said Wille, noting that their issue covers a range of scholarly viewpoints about the merits of using documentaries as a teaching tool.

Collins and Wille go well beyond a scholarly look at NRM documentaries. They show the perspective of the filmmakers themselves, including filmmakers who are a part of religious movements.

"In order to mirror the form of our subject matter, we decided to make interviews—rather than reviews or essays—the main part of our contribution," Collins said. "This includes a conversation between Jodi and I about her upcoming Unarius Academy of Science documentary and her ‘Source Family’ film."

Unarius members began making their own "documentaries"—process-oriented recreations of their perceived past life experiences together for purposes of “spiritual healing” as well as outreach—in the late 1970s and continue to produce them today. This led to Wille’s interview with Kevin Kennedy, who has been an active student member of Unarius since 1976 and its in-house film librarian and videographer since the 1990s.

"We also recognized the importance of CNN’s short-lived docu-series ‘Believer’ and the lack of scholarly work addressing it, so we also interviewed creator and host Reza Aslan about how the show came about, what it was supposed to be, what problems he ran into while making it, and why it was unexpectedly canceled," Collins said.

"I’ve been interested in new religions for over 20 years. I had never called them 'new religions' because I came as an independent researcher and an outsider. And I was just drawn to, I guess, what I could call the 'cultic' experience," said Wille, noting that getting an inside look at the UFO-centered Unarius movement was easy because its leader, Ruth Norman, believed any press was good press. “She was not concerned about bad press at all. She loved the opportunity to go out and share Unarius principles through the media and felt that those principles would get through to those who had the ears to hear."

“That said, it was most important for me to get to know them deeply, and my relationship with the Unariuns was built on mutual respect and trust that developed over five years as I worked with them to place their paintings and films into museum and gallery exhibitions and by inviting them to participate in presenting their films to audiences at film festivals and cinematheques across the country and in Europe," Wille said.

She said her first film, “The Source Family,” was an immersive experience that allowed her to let the group members tell their stories. But for the Unarius project, she wanted to get more historical and scholarly context into the film.

"So we have a combination in this film of the Unarians speaking for themselves, as well as these knowledgeable outside sources, who can speak on the influences that the founders had in forming Unarius. And what that does is to create these pockets of understanding that I haven’t seen in other films before, where we trace back the development of UFO religions in the 1950s, and we go back to the 1930s and ’40s, where you have groups like the 'I AM' Movement and the Theosophical movement that influenced the 'I AM' Movement and other groups, as well as power of positive thinking and science of mind groups. So, there’s just a much greater understanding this time," Wille said.

Collins' perspective: from mass media to the classroom

"What you’re describing is sort of a condensed version of a class that I took in college with Jason C. Bivins called 'Religious Cults, Sects, and Minority Faiths in America,' which basically goes through this historical narrative. There are not too many people who take a class like that in college, but it seems to me when I’m surveying the media landscape that a lot of this same work is being done by these sort of millennial-aimed Vice documentaries, which are short and tend to have a common aim of looking for the hidden power structures everywhere, or of looking for the delusional thinking. Their point of view is, I think, very well satirized by a 2015 episode of the mockumentary series “Documentary Now” [Season 1, Episode 3: “DRONEZ: The Hunt for El Chingon”]," Collins responded.

"But, beyond this kind of gonzo journalistic critique, some of the audience wants to get a more contextual understanding of things that they would consider to be 'fringe.' There are more and more podcasts and types of streaming content that are trying to present something like what you’re talking about: a genre form that falls somewhere between documentary and scholarship, in that it takes the point of view that you have to understand something critically and historically, as well as in its own terms," he continued.

While Wille's challenges involve dealing with producers, videographers and editors with their own conceptions about her subject matter, Collins said the challenges for an academic include finding a way to represent a rapidly changing world of New Religious Movements and making a case to use 'cult' film material in the classroom.

"And then the other pressure is to explain to students, administrators, university trustees, state legislatures, and the general public exactly what the interdisciplinary method of religious studies brings to discussions of these types of current events. With podcasts and streaming services, there’s actually a lot more content addressing NRMs and their contexts now than there was 10 or 20 years ago. And I think there is a need for scholars to bring an interdisciplinary methodology to looking at this material and, hopefully, to play a role in informing it."

Read more of their conversation in the free, online issue.