IN-PHOTOS: School of Theater students partner with equity actors for Men on Boats

All Photos by Laura Bilson

Through Tantrum Theater, OHIO School of Theater students are given experiential learning opportunities by way of working with professional actors for numerous productions. Most recently, Men on Boats was brought to life in the Forum Theater.

Written by Jaclyn Backhaus and directed by Shannon R. Davis, Men on Boats was staged in early October where students partnered with career actors and technical artists to produce Tantrum Theater’s first in-person production since the beginning of the COVID-19 pandemic. 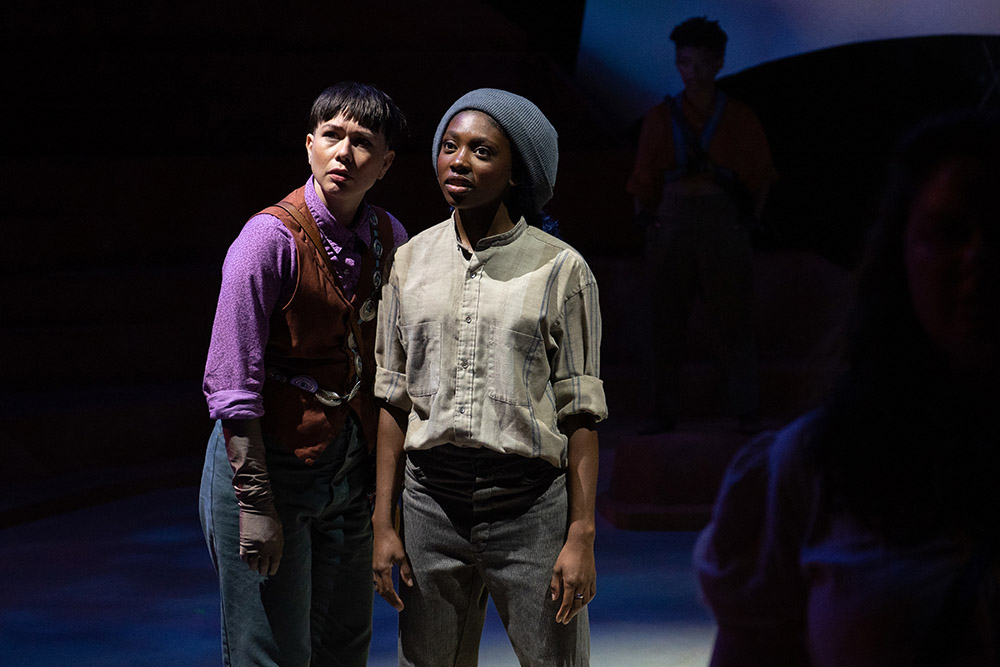 Throughout the production, students worked alongside actors from the Actors’ Equity Association. Jessica Ranville, an equity actor who played the character Powell, the one-armed captain who led the expedition, said the Men on Boats production was the first time she had worked in collaboration with students. 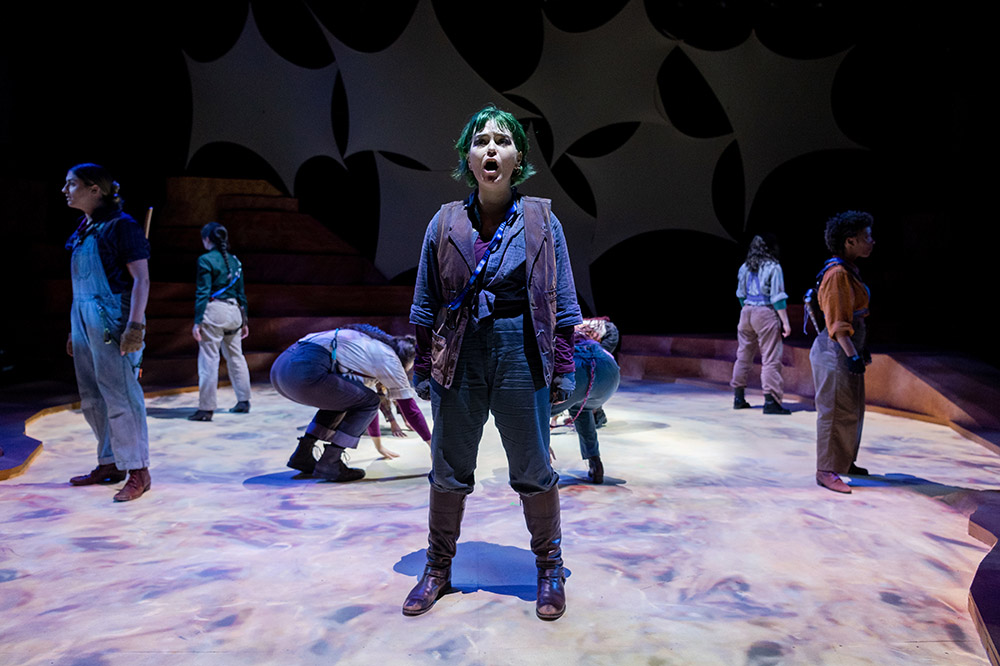 “I think this is one of the wonderful things about this kind of work … you're always learning, up until the very last show you do,” she said. “You're always learning from other people. I learned from the students too. It's just such a collaborative process. We share resources with each other.” 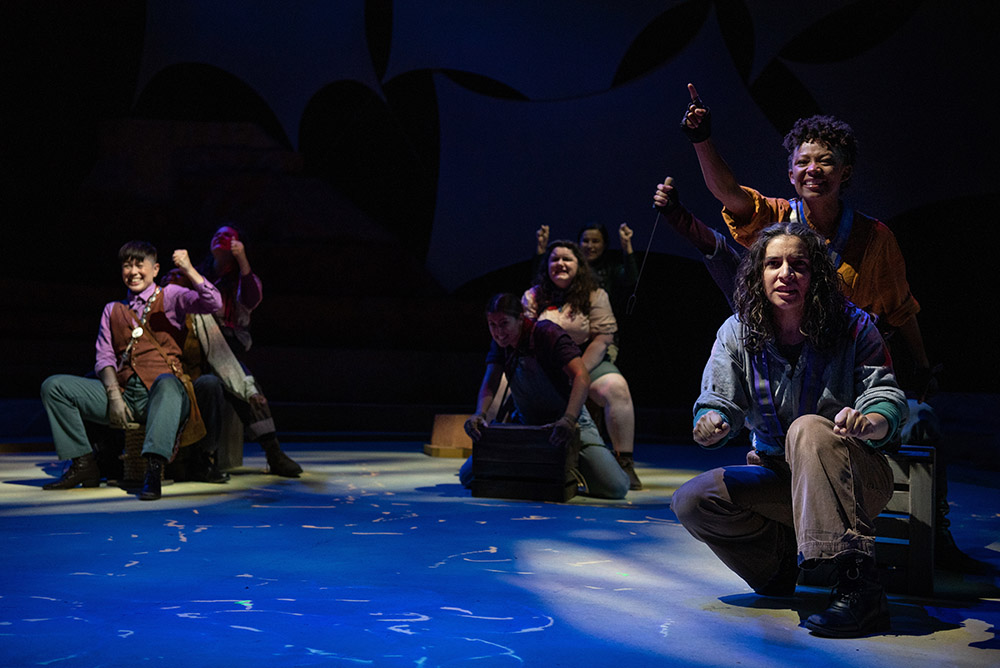 “I technically hadn't performed since my junior year of high school,” Alfonso said. “When COVID hit, everything moved to zoom … This was like, ‘Okay, we’re going to be in-person and try and do this.’ It was a beast of a show to get on its feet, but it was the greatest experience and the greatest people ever.” 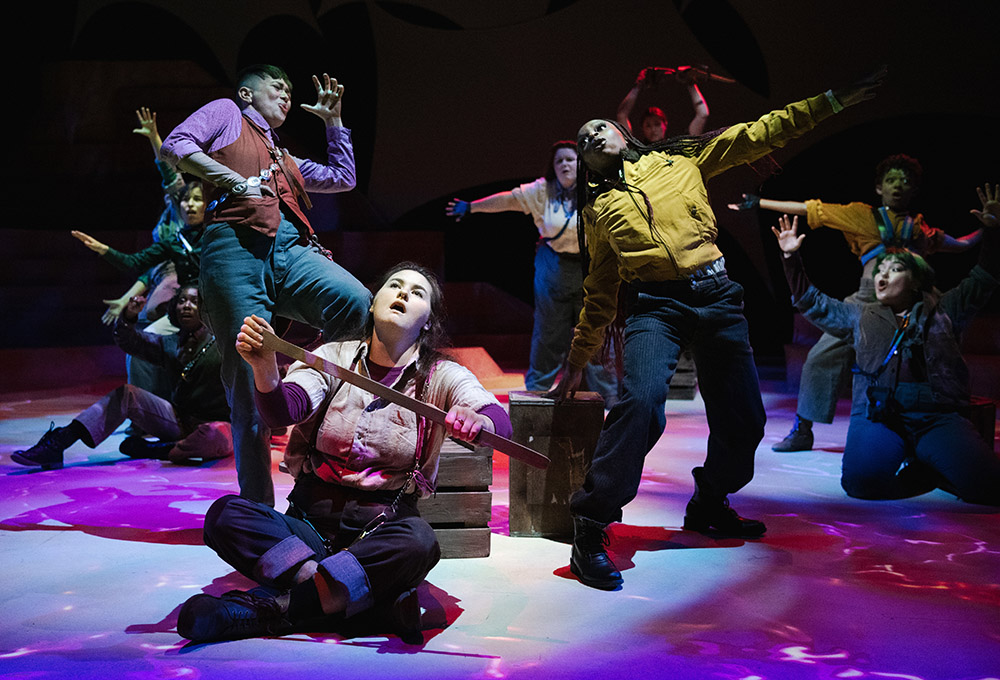 Alfonso who played Old Shady, described the in-person aspect of the show as “the greatest thing I could have asked for.” A unique aspect of Alfonso’s character was her singing parts, which were sea shanty songs Alfonso’s understudy Rowan Behrens, Sound Director Abigail Coppock, Davis and Alfonso came up with. 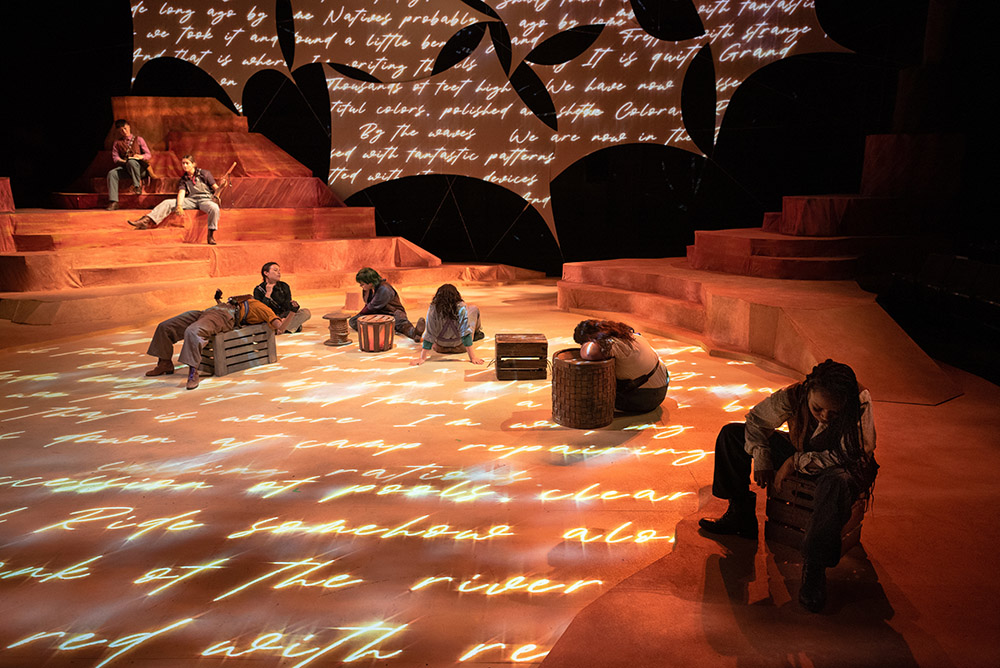 Not only was Men on Boats Ranville’s first show coming out of the pandemic, but it was also her last before in-person theater paused due to COVID-19. Previously, Ranville played William Dunn, the character opposite Powell. To prepare for the role, Ranville said she read the journals of John Wesley Powell, who inspired the character,  and an extensive biography of his background, hobbies and role in the Civil War. 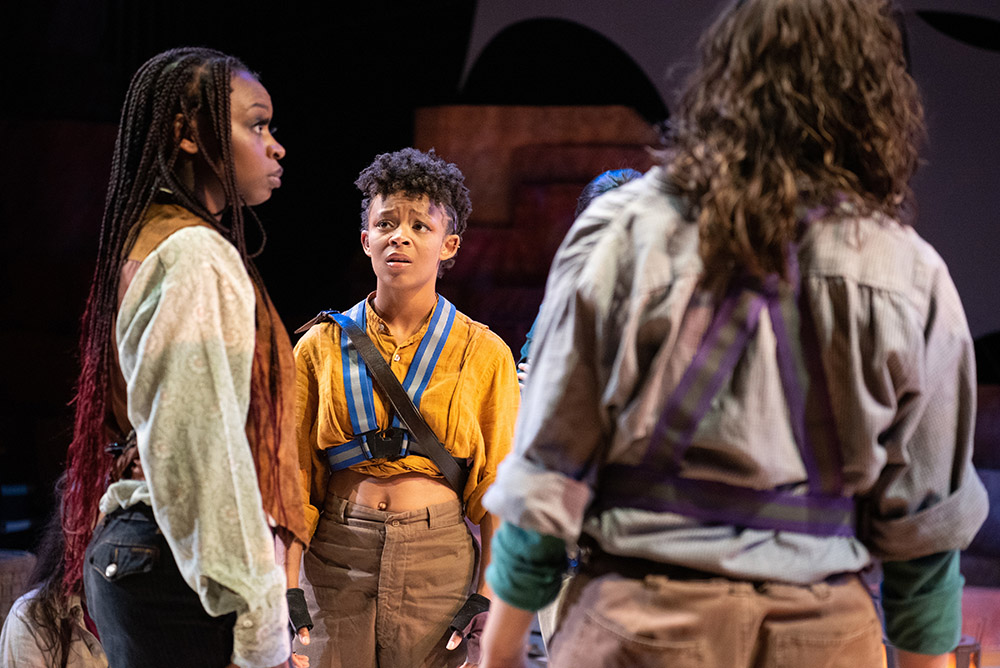 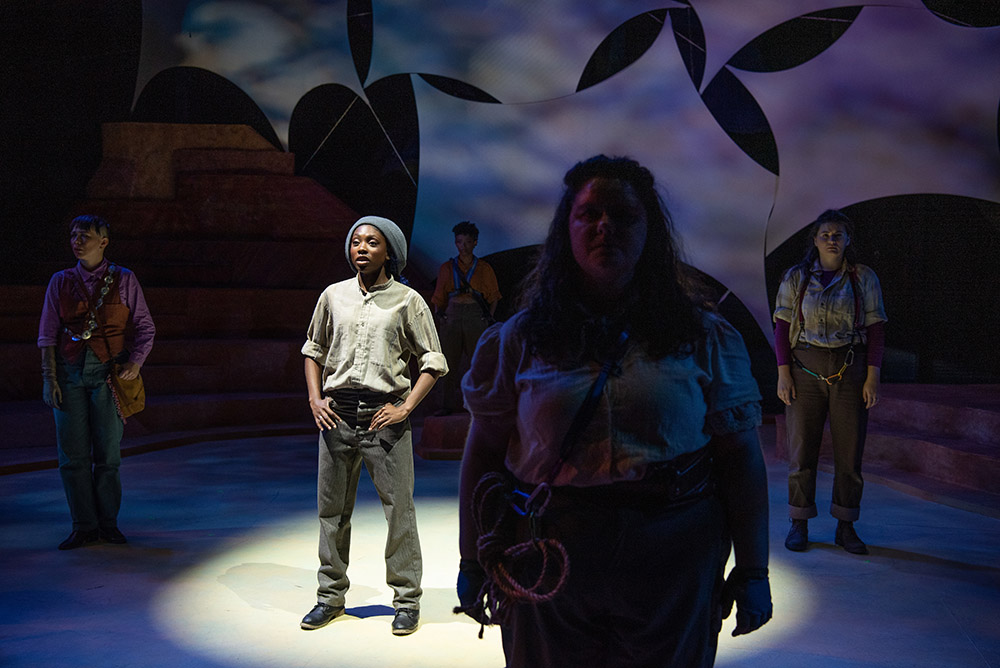 Alfonso said she slowly discovered her character through both research and on-stage rehearsals.  Alfonso said she had to navigate the gender aspects brought on by the show, as the cast was comprised of non-binary and female actors playing men. Through solutions like adjusting her costume, her character was brought to life. 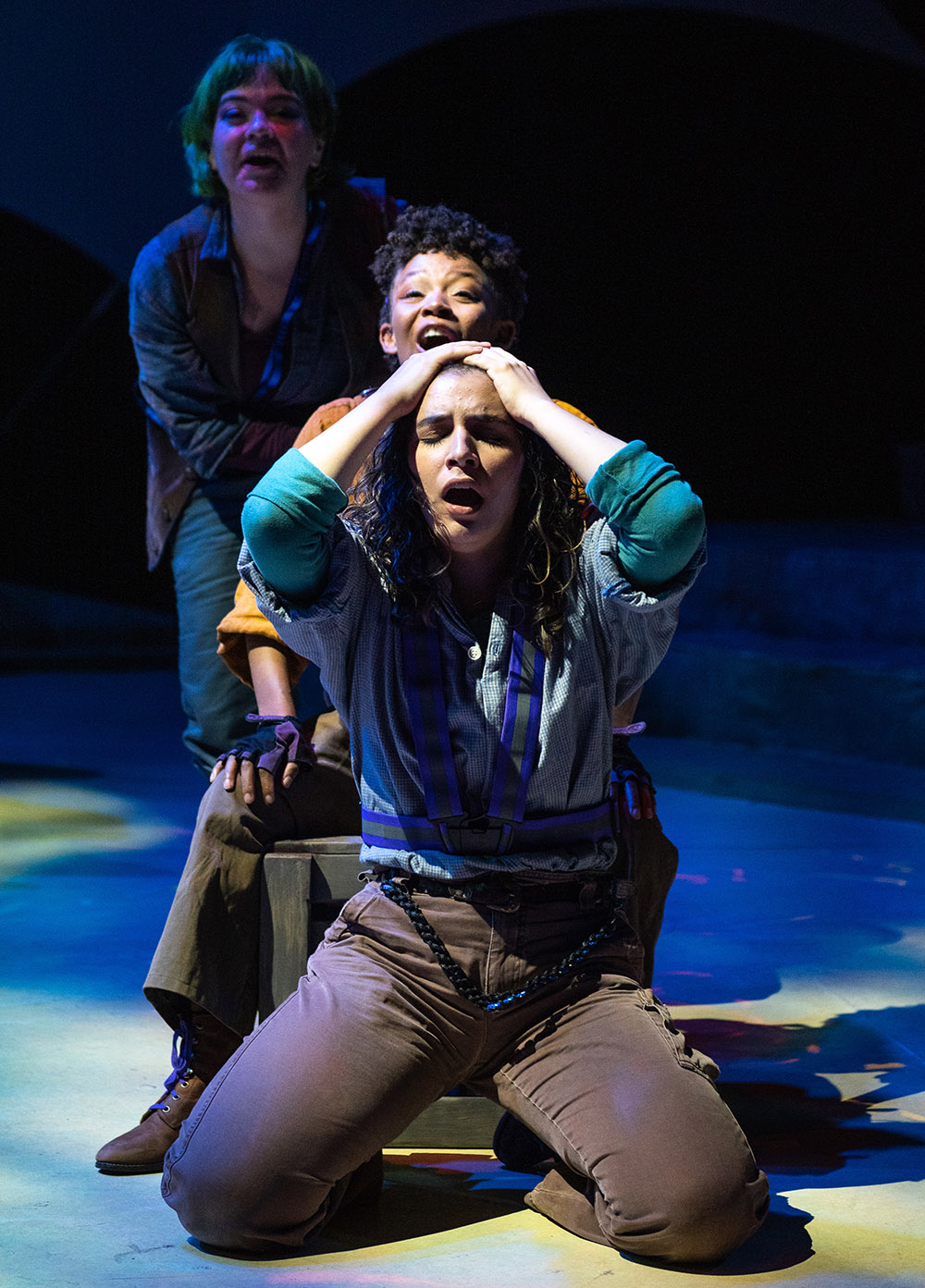 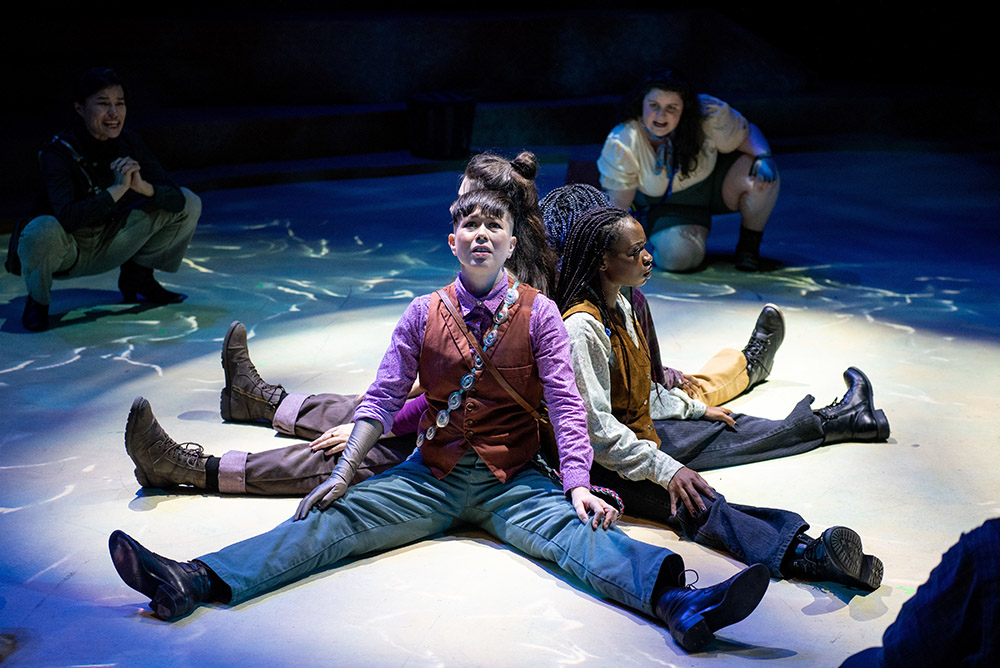 Ranville said she had the chance to answer students’ questions about post-graduation or script-marking techniques. Working alongside students allowed her to model rehearsal etiquette and interaction with the director and stage manager, she said. 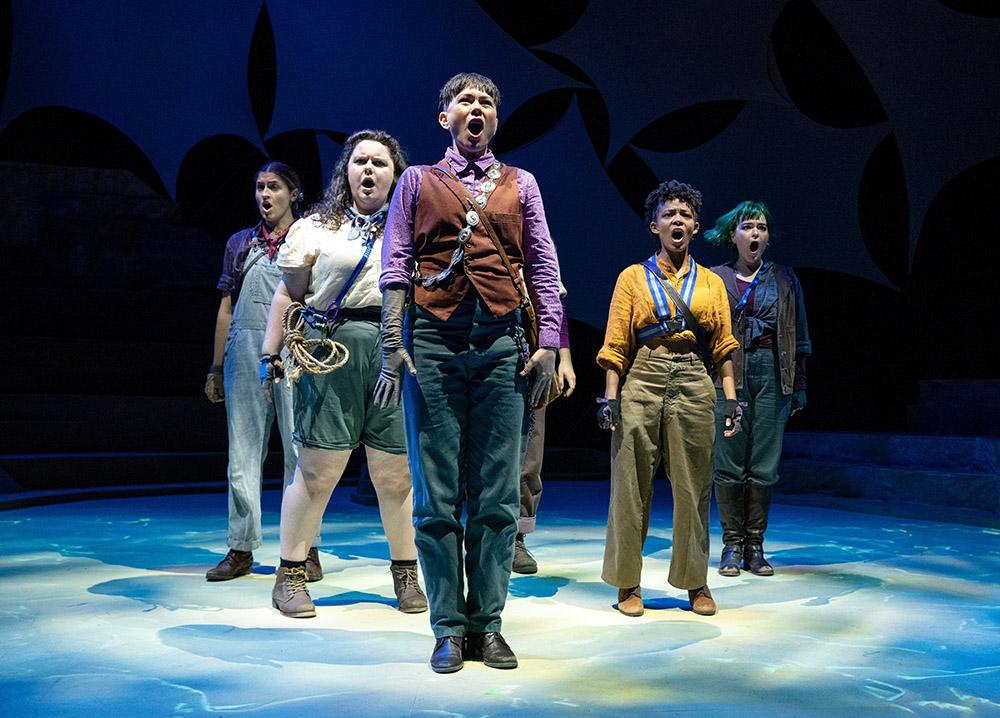 Ranville said the energy in rehearsals was strong as actors began to navigate the space in-person. It’s a very physical show, she said, and noted how supportive the cast was of each other.

“Once we were in the space [in-person] … I remember that day, that really made a change for me. Suddenly, things felt very real,” Ranville said. “People were just ready to go, and at the same time, there was this navigation of, ‘This is my body again, I'm standing in space. I'm not sitting in front of a screen.’”

Explore the full Men on Boats Program, and find out more about Tantrum Theater.