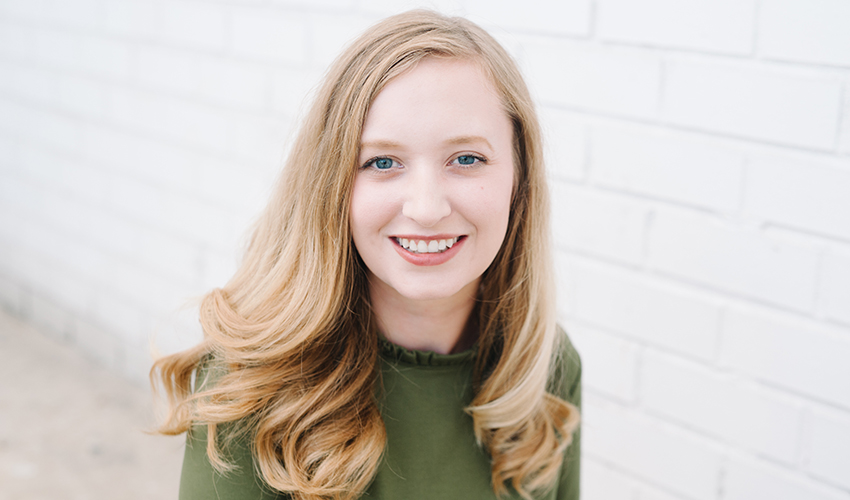 As a 2021-22 Knight Science Journalism Project Fellow, Emily Mullin, BSJ ’10, is spending this fall working on a proposal for a book exploring efforts to use animals as a source of organs for people who need transplants.

When Emily Mullin, BSJ ’10, graduated from Ohio University’s E.W. Scripps School of Journalism, she didn’t intend on writing about science for a living. Today, she is an award-winning science journalist – and one of only 21 of her distinguished peers selected as this year’s Knight Science Journalism Project Fellows at the Massachusetts Institute of Technology (MIT).

A prestigious mid-career program for science writers, editors and multimedia journalists, the fellowship supports projects related to science, health, technology and the environment and provides fellows a stipend, a budget for project related expenses and access to MIT resources.

Mullin is completing her fellowship this fall, working remotely from her home in Pittsburgh on a proposal for a book exploring efforts to use animals as a source of organs for people who need transplants.

“It is a growing crisis,” Mullin said, referring to the shortage of organ donations and the growing number of people on waiting lists for organs. “I don’t think the general public recognizes that we’re sort of in crisis mode with this problem.”

For Mullin, it’s a fascinating topic – one with a fairly long history (including Baby Fae who, in 1984, became the first infant to receive a heart transplant, from a baboon) and recent scientific breakthroughs.

“We are so close to now using organs from genetically engineered pigs in people. The first clinical trials could start as soon as next year in patients who are in desperate need of organ transplants,” Mullin explained. “The idea of using animals for organ donors for people has been around for so long. I think it’s finally starting to materialize, and we’re sort of right on the cusp of seeing this happen.”

The topic isn’t just interesting and timely but fraught with bigger ethical and societal implications.

“While on one hand it’s potentially lifesaving for these people, on the other hand there are ethical questions that we’re going to have to grapple with as we modify animals, so their organs are more human-like,” Mullin said. “Where is the line? What happens to animals when they become more human-like, and what happens to people when we are giving them animal organs?”

Those bigger questions are what drive Mullin’s career as a science journalist who focuses largely on “how biology is shaping our future.”

“That often means the ethical questions that arise with biological advances,” she said. “I kind of see biology as the new technology. How are we using biology to reprogram humans as well as the world around us? That’s sort of the frame of reference that I use to approach stories.”

Earlier this year, Mullin broke news of the first planned pig-to-human organ transplant for OneZero, a publication from Medium. In 2017 as the associate editor for biomedicine at MIT Technology Review, she reported on a new gene-editing tool that could make pig organ transplants possible.

Mullin discovered her passion for science writing at her first job out of college on the staff at The Baltimore Business Journal, where she was reporting on healthcare and biotechnology and noticed the inequities within healthcare in the community.

“You have Johns Hopkins, which is this world-renowned research institution, and then the community and neighborhoods right around Hopkins that are very impoverished,” Mullin said. “I think that contrast really struck me. There’s so much medical and scientific innovation happening, but it’s not always reaching the people who need it most.”

Wanting to build on the journalism foundation she established through her studies at Ohio University, Mullin enrolled in Johns Hopkins University in 2013, earning a master’s degree in science writing in 2015 and successfully pitching five of the seven pieces she wrote for the program’s thesis to publications including The Washington Post and The Atlantic.

“What I really liked about science reporting was explaining the science and how the science is going to affect real people,” Mullin added. “And that was really what drew me to journalism to begin with – telling people’s stories and getting to know the people behind the stories.”

Today, Mullin is a freelance writer whose stories – on everything from in vitro fertilization to COVID-19 – have appeared in prestigious publications that include The New York Times, Wall Street Journal, National Geographic, Scientific American, Wired, Fortune and Smithsonian Magazine.

“I’ve been following Emily’s career since she graduated, and some of the pieces she did were really incredible,” said Dr. Hans Meyer, associate professor and associate director of undergraduate studies at the E.W. Scripps School of Journalism. “I always remember her as being very ambitious and very focused. … Science journalism and science studies are not written for a lay audience. It takes a special journalist to be able to translate that and make sense of it for the average person, and I think Emily does a really great job with that.”

Mullin has earned a Newsbrief Award from the D.C. Science Writers Association and was named a finalist for a National Institute for Health Care Management Journalism Award. Those are the latest in accolades she started receiving when she was an OHIO student and the recipient of a Society of Professional Journalists first-place Mark of Excellence Award, honoring the best in student journalism.

To OHIO faculty who know and taught Mullin, her selection for the fellowship and earning prestigious awards does not come as a surprise.

“A lot of undergraduate students are intimidated by scientific studies and research reports,” said Bill Reader, a professor at the E.W. Scripps School of Journalism who served as Mullins’ academic advisor and who, she remembered, provided her many words of wisdom as a student. “They find them difficult to read, and, as a result, a lot of them get into avoidance mode where it’s hard, so they hate it. But Emily never had a problem with that. If she didn’t understand a term, she would look it up, and she didn’t have any problem talking to researchers about their work. … We need more people like that in our industry.”

Mullin looks back fondly on her time at OHIO. She credited the supportive faculty in the E.W. Scripps School of Journalism, the internships she had as a student and the opportunities provided to tailor her undergraduate experience, which included business and international reporting classes and a semester of independent study, as setting her up for success.

“The journalism program at OU really gave me the foundational skills and tools I needed to be a good journalist,” she said.

Now, Mullin gifts her time to her alma mater, volunteering to speak to journalism students. Her advice for the Bobcats following in her footsteps? Follow your curiosity and look for gaps in coverage and ways you can fill those gaps as a reporter. Use editing as an opportunity to learn and grow as a writer.

“And I think that young journalists should keep in mind why they were drawn to journalism in the first place,” Mullin added. “It’s to tell people’s stories, illuminate problems and help audiences understand what’s happening in the world.”