Ohio University to celebrate the Class of 2020 on Sunday, Sept. 5. 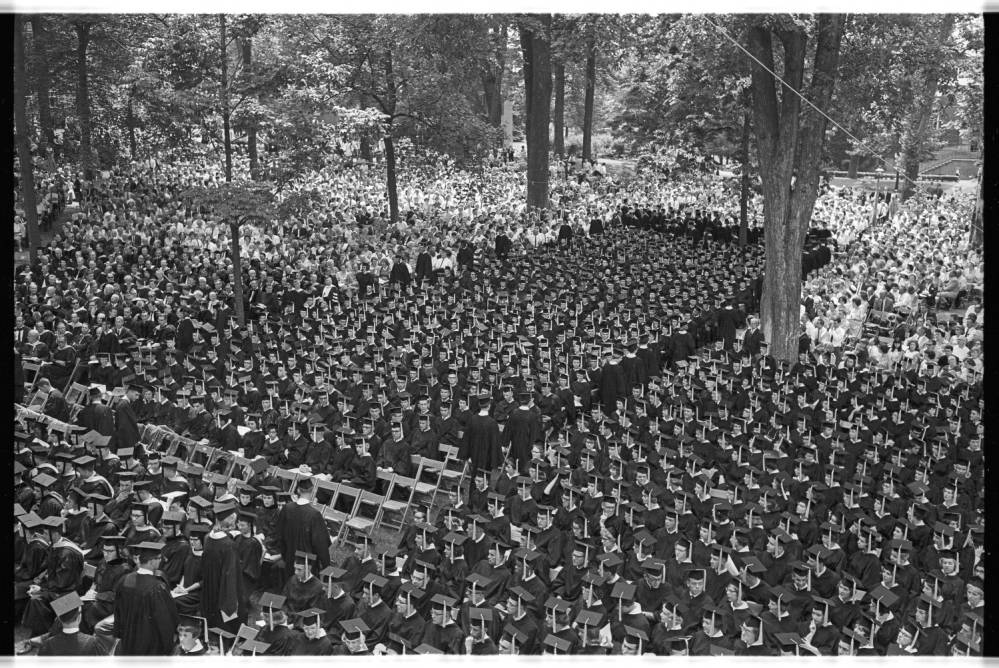 Ohio University will proudly celebrate the Class of 2020 with an in-person Commencement Ceremony on the historic College Green on Sunday, Sept. 5.

“Ohio University is extremely pleased to host the Class of 2020 for this meaningful and memorable Commencement Ceremony,” Ohio University President Hugh Sherman said. “We can’t wait to see these proud Bobcats once again and to finally fully honor them for their achievements.”

This special event, which will begin at 2 p.m., will feature OHIO alumnus Keith Hawkins, Ph.D., as a Commencement Speaker and two nationally known experts who will be receiving honorary degrees.

Hawkins, an assistant professor of astronomy at the University of Texas at Austin, is known for his innovative research focused primarily on 'Galactic Archaeology' which is aimed at exploring the formation, evolution and structure of the Milky Way Galaxy. Hawkins received his B.S. in Astrophysics (with minors in Mathematics and African Studies) from Ohio University in 2013.

Also during the ceremony honorary degrees will be presented to Francis Papay, M.D., and Richard A. Vincent, M.B.A.

Dr. Papay, who received his bachelor’s degree in biological sciences from Ohio University in 1975, is recognized as one of the nation’s foremost experts in plastic surgery and facial reconstruction. In 2008, Dr. Papay served as the chief craniofacial plastic surgeon during the first face transplant in America.  In 2018, he led a team of 11 doctors who performed the Cleveland Clinic’s first-ever full-face transplant on Katie Stubblefield. At 21, Stubblefield became the youngest person in the United States to receive a complete face transplant.  The case, documented through a story in National Geographic, gave Papay world-wide recognition.

Vincent is a dynamic leader, skilled administrator and steadfast champion of the osteopathic profession. Vincent’s association with osteopathic medicine began nearly 50 years ago with his tenure at the Doctors Hospital system in Columbus.  Most recently, Vincent served as the President/CEO of the Osteopathic Heritage Foundations, which is the largest osteopathic supportive foundation in the United States. In 2011, Vincent’s visionary leadership resulted in the Osteopathic Heritage Foundations Board of Directors’ approval of the $105 million transformational award to the Ohio University Heritage College of Osteopathic Medicine, which included the creation of the Dublin Campus.

The ceremony will be held on the College Green, where the University previously held many of its Commencement Ceremonies before the Convocation Center was built. The stage area will be at the West Portico of Templeton-Blackburn Alumni Memorial Auditorium, and chairs will be set up in the grass for the graduates and their guests. The event will honor undergraduate and graduate students.

No tickets are required for the Commencement Ceremony, but all graduates taking part in the ceremony must have RSVP’d by the deadline for the event.

Members of the Class of 2020 can receive more information at this commencement website.

The event will be held rain or shine and will also be livestreamed on the commencement website for those who are unable to attend in person.

Volunteer to help celebrate the Class of 2020 at https://airtable.com/shrQMbPjNmtBgJkbu.