Ghirmai Negash talks about censorship and liberation, the life of an African writer 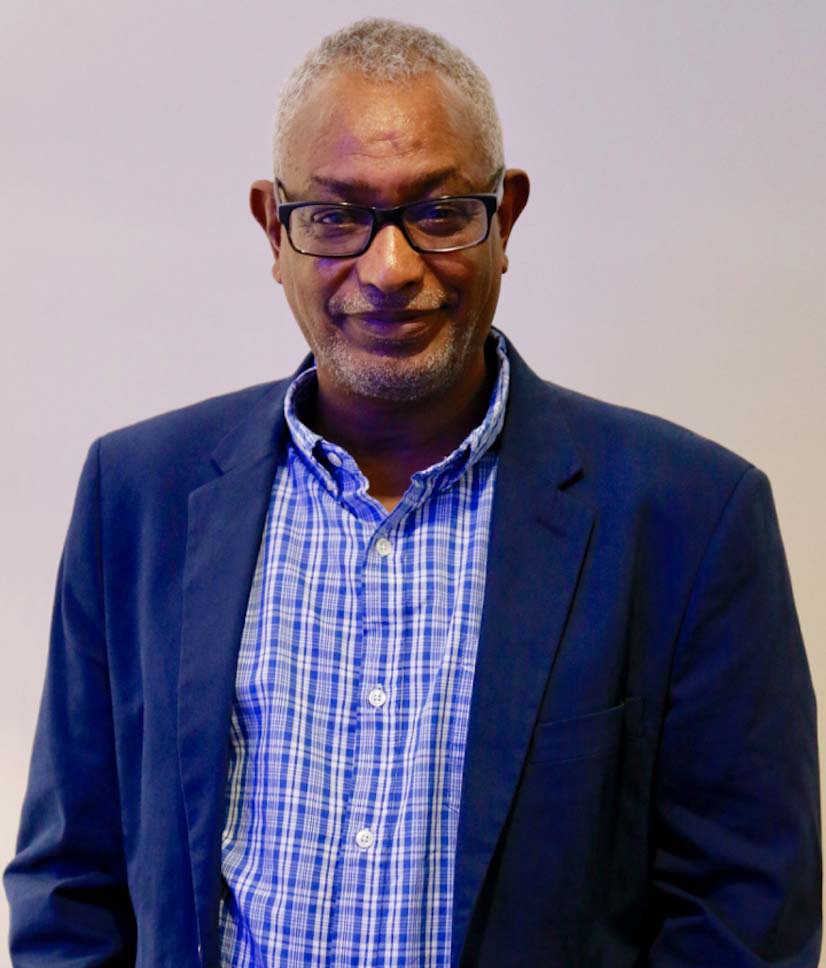 For many African writers, censorship can entail a lived experience as well as a current threat, even for those who emigrated to the United States.

Ghirmai Negash danced close to the flame of censorship several times before arriving at Ohio University. So re-examining the impact of censorship on the work and lives of African writers was an apropos culmination to his year as president of the African Literature Association, both as a conference topic and as a moment of introspection about his own journey.

A life of exile

"I consciously started reflecting and writing on issues of censorship and freedom of expression during my exile years in Europe in the 1980-90s," said Negash, now professor of English and director of African Studies at Ohio University. He was born and raised in Eritrea, a land with a long and complicated history of colonization and oppression.

Negash belongs to the generation of Ethiopian and Eritrean students who fought against the feudal rule of Emperor Haile Selassie and later the Soviet Union-backed military dictatorship of Colonial Mengistu Haile Mariam.

“Before ending up in exile I had been an activist, writer, and also composer of many song lyrics and poetry,” he said. “I left Eritrea in 1981, in the midst of the independence war. Like thousands of others who fled to Europe and the United States from the region then, I was physically escaping from the general situation of war and violence and not necessarily thinking about writing. On the other hand, even as a STEM student in high school and my early university years at the University of Addis Ababa, I have always been drawn to the arts and engaged with writing poetry and essays.”

But independence brought no solace.

”The post-independence state of Eritrea also, unfortunately, turned into one of the most oppressive countries in the world under President Isaias Afwerki and his inner circle, who have ruled the country since its independence in 1991."

Now Eritrea,  a country in eastern Africa bordered by Ethiopia, Sudan and the Red Sea, is a presidential republic that doesn't hold elections — and a perennial contender for the worst record on human rights and freedom of the press.

A moment of hope

Yet it was home for Negash, and it would draw him back several times, especially as the country fought and secured its independence from Ethiopia.

"In 1992, I visited Eritrea from the Netherlands. There was all around a sense of euphoria and excitement that a new era of freedom and hope was ushering in and some good things would happen. To be honest, I was hopeful, too, but also aware that it wasn’t going to be easy,” Negash said. "So when they asked me to give a lecture on the new-found freedom — which I hesitantly accepted — I decided to speak about the new openings and prospects for the political economy of culture, and especially the arts, but also the dangers and risks that could undermine that hard-won freedom."

His talk was titled “The Freedom of the Writer,” and it became a touchstone for conversations about censorship.

It has appeared and reappeared in several editions, including in The Freedom of the Writer (Red Press, 2006), a collection of essays by Negash in the Tigrinya language, and in Uncensored Voices (PEN Eritre/PEN International Publication). His talk can be read at “The Freedom of the Writer” at Warscapes. (Listen to Negash give this talk on YouTube.)

Interestingly, Negash delivered his talk on freedom at the Officers Club in Asmara, Eritrea, to an audience of Eritrean writers, journalists, and intellectuals, where he channeled Albert Camus' 1957 Nobel Prize speech:

“History's amphitheater has always contained the martyr and the lion. The former relied on eternal consolation and the latter on raw historical meat. But until now, the artist was always on the sidelines. He used to sing purposely, for his own sake, or at best to encourage the martyr and make the lion forget his appetite, but now the artist is in the amphitheater."

"By the time Camus gave that speech," Negash said in his talk, "World War II had long ended in 1945, after causing the loss of millions of people and the destruction of a vast amount of property; but it was also a period when new confrontations were looming, at a global scale. It was a moment when dark political and ideological clouds were haunting Europe, first slowly sowing the seeds of enmity, and eventually leading to the so-called Cold War between Russia and America, and their satellites. In general, the growing tension also brought an increased restriction, constriction, and violation of fundamental democratic and human rights of peoples and, in particular, adversely affected the plight of writers."

Negash's 1992 talk looked back at decades of colonial rule in Eritrea, but it also looked ahead at the predictable and inevitable crackdown on freedom of expression that would come in a country with so little experience as an independent state. It was, he wrote, also a country with no school of journalism, few printing presses and a shortage of paper.

Fast forward to 2001: Notes from an Exiled Researcher

"I went back to Eritrea in 2001 to teach at the University of Asmara. My colleagues and I were able to do some good work, including establishing a Department of Eritrean Languages and Literature, which I founded and led for four years," Negash said.

"But the situation in the country had dramatically deteriorated by then. Political figures were jailed; private newspapers banned, and journalists arrested (some ran away). And eventually the University of Asmara, the only national university in the country, was shut down by order of the president.”

"I had to leave the country fearing for my own safety and came to the United States to work and raise a family."

Negash wrote in Notes from an Exiled Researcher, that "the trajectory of my academic life ... my vision, ideas, and pedagogy are inescapably connected, formed, and at times wholly informed by my migratory experience.” 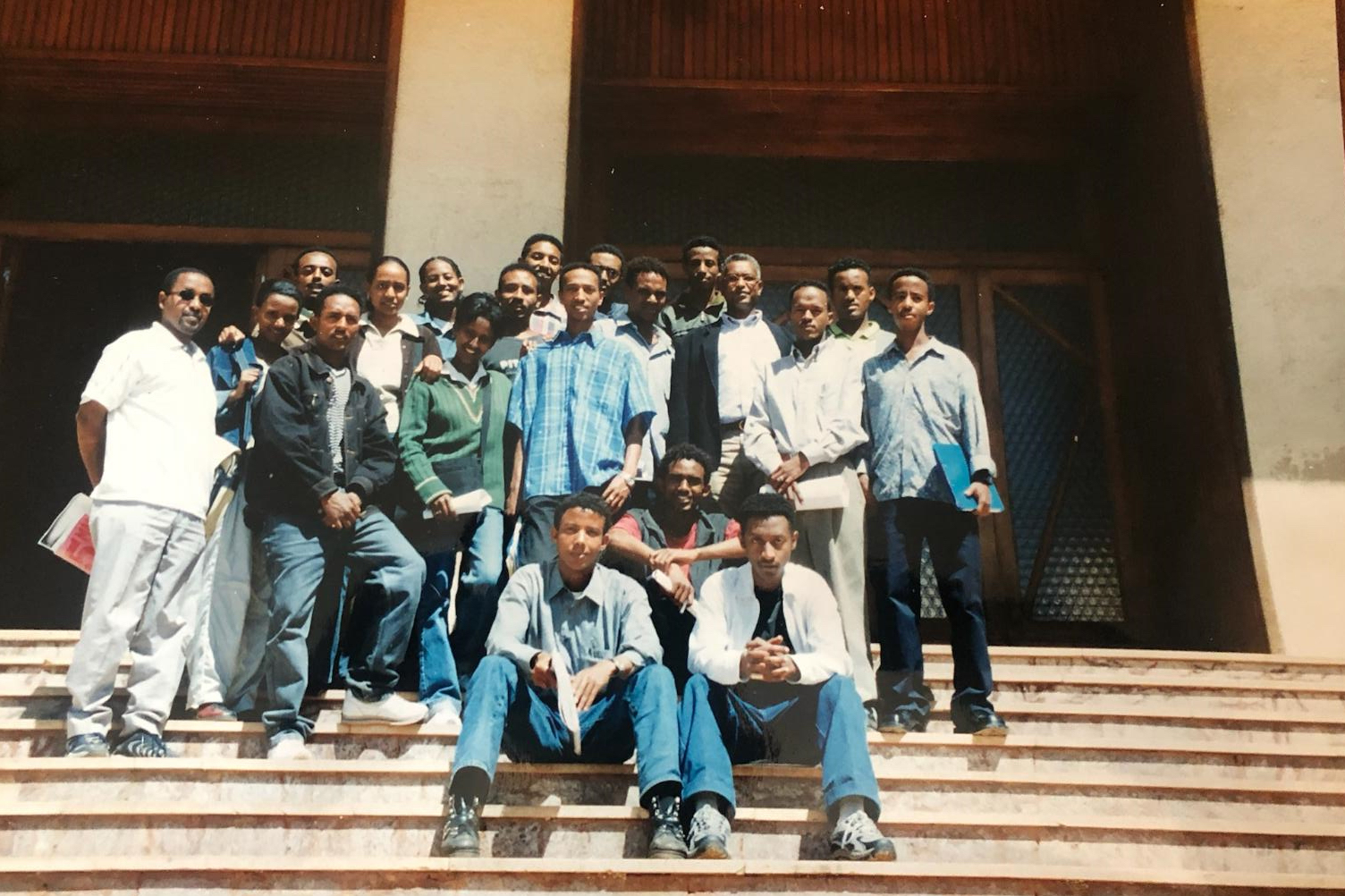 "Before traveling to Eritrea in 1992, I had other plans to research, but after the visit I made a commitment to myself to work on Eritrean literature. Entering the Ph.D. program in Leiden University, I embarked on an ambitious and largely unchartered area of Eritrean literature, to study the 100 years of oral and written history of Tigrinya literature in Eritrea."

A History of Tigrinya Literature in Eritrea: The Oral and the Written 1890-1991 became his contribution to the cultural empowerment of the Eritreans and peoples of the African continent.

A theme of censorship

Negash wrapped up his presidency of the African Literature Association this summer with a conference focused on censorship, “while re-affirming the organization’s central mission to actively support the African peoples in their struggle for liberation.”

"To be clear, I did not initiate the idea of having a conference on censorship. However, it did resonate with me," he said. "Censorship is specific and contextual in a number of ways. As many writers, including myself, who have experienced censorship firsthand know, its power is based on two mainstays. The first is the cultivation of 'self-censorship' from and within citizens and writers. The second is the imposition of restriction and suppression of freedom by the state. This second official form of censorship is contingent on – and feeds and reinforces – the first." 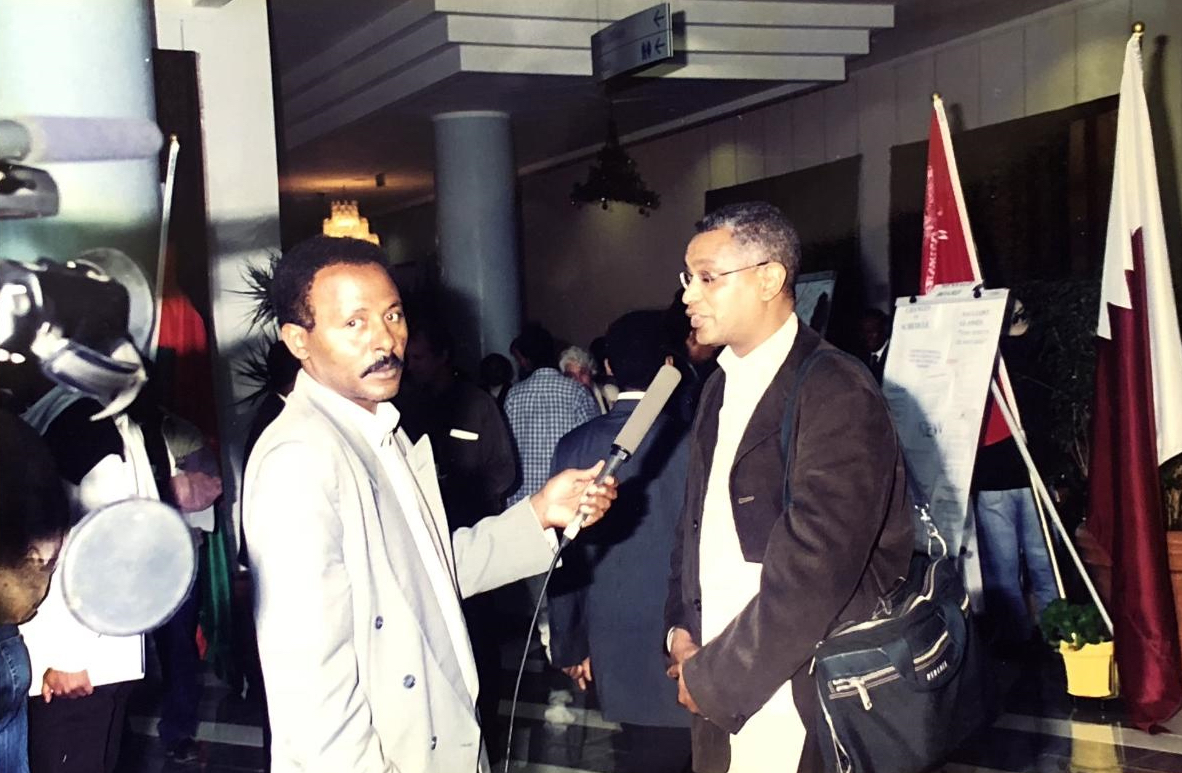 Negash notes that the conference presentations broadly focused on three lines of inquiry: (1) experiences of actual cases of censorship; 2) different strategies used by writers and activists working under regimes of censorship (political, social, cultural); 3) traditional and new technologies of censorships and evolving forms of resistance.

Does the weight of censorship still bear upon Negash's shoulders?

"I can only be ambivalent about this question you raise. Yes and no! Of course, I feel I have more freedom now living in the West and being able to pursue a decent life of scholarship and personal freedom,” he said. "At the same time, I cannot say I feel entirely free because I am deeply concerned about the most disturbing abuses and violations of human rights in Eritrea and across Africa generally. Moreover, although living and working in the West is freer and easier in many ways, it is accurate to say I experience that the liberating structures and effects of the West, even within academia, do impose visible and invisible constraints, sometimes in profound ways.”