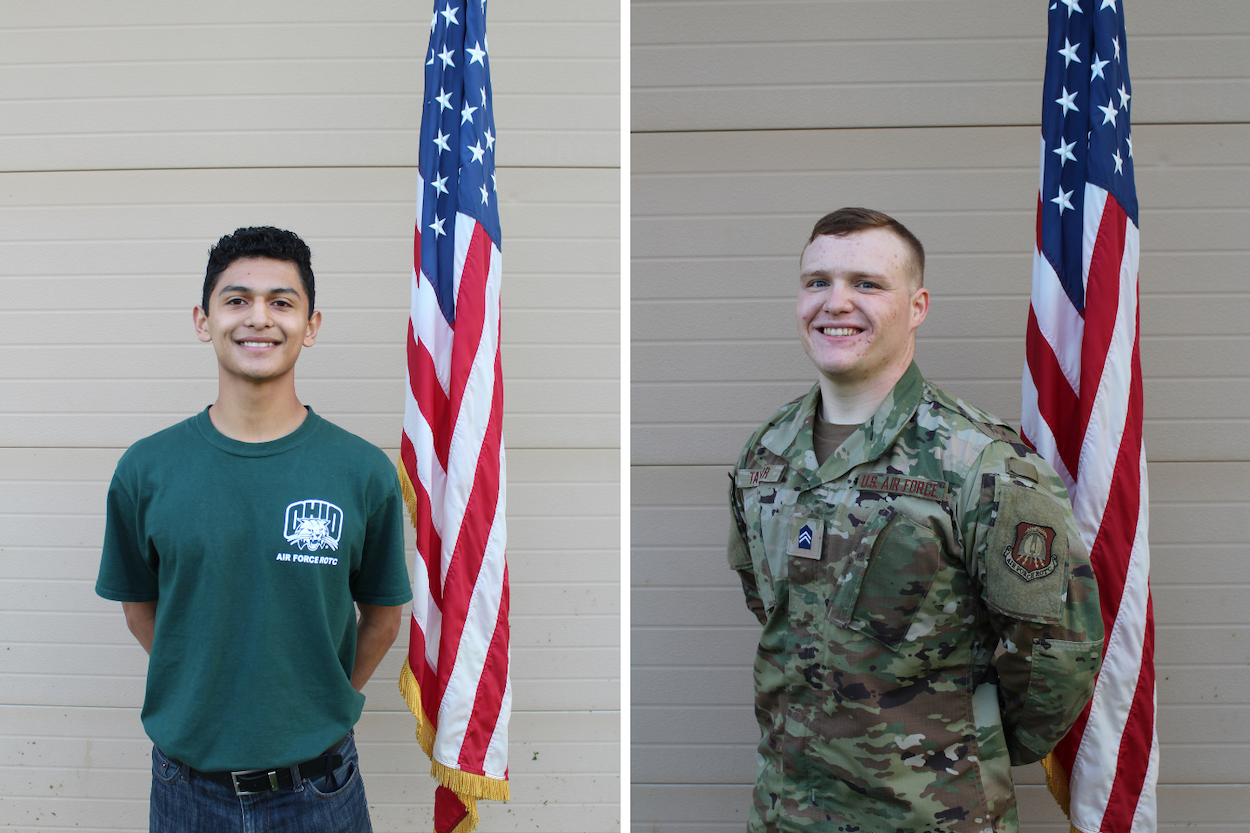 Ohio University’s Air Force ROTC Detachment 650 announced the awarding of In-College Scholarships to two cadets who are pursuing degrees in the Russ College of Engineering and Technology.

“There has been a lot of hard work put in up to this point but receiving this award has motivated me to push harder,” Taylor said. “It is now not only my goal to be the best version of myself I can be, but also my responsibility so that I can exemplify one of the Air Force's core values, that is, ‘Excellence in all we do.’”

Aguilera competed with 814 first- and second-year cadets representing the 145 Air Force ROTC detachments across the country and was one of only 73 cadets to be selected for the competitive national In-College Scholarship.

“Receiving the Air Force ROTC scholarship is a huge blessing and an encouragement to keep pushing myself to accomplish all my goals,” Aguilera said. “This distinction reflects all the hard work that I have put in but also all the generosity Detachment 650 has shown to me.”

“Cadets Taylor and Aguilera have worked extremely hard over the last year,” Lt. Col. Mark Enriques, detachment commander, said. “They have demonstrated the high-degree of character and excellence we are looking for in our future military officers. Seeing cadets’ dedication rewarded like this is the best part of my job.”

The ROTC In-College Scholarships cover full tuition and fees, $900 per year for books, and a monthly stipend for the cadets’ remaining college career. Recipients are selected based on their academic standing, physical fitness assessment scores, ranking among peers, and officer potential.