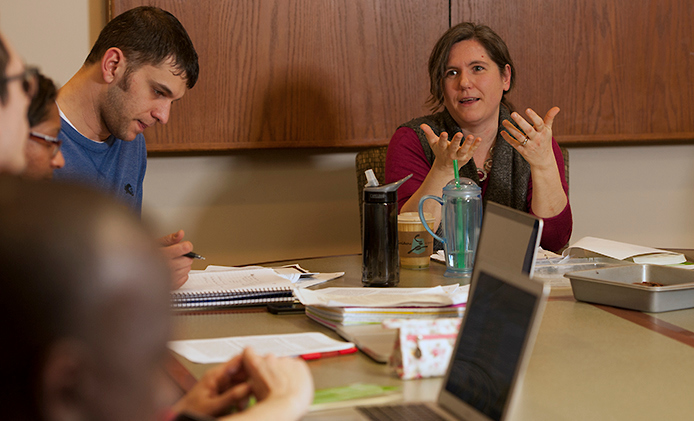 Dr. Myra Waterbury was recently named a Fulbright Scholar and will be headed to Budapest in the spring of 2022 to conduct research on Hungary's disparate populations.

Waterbury, professor of political science at Ohio University, said that "Hungary can be understood as existing in a state of 'divided nationhood' in which the government must navigate a long-standing commitment to kin-minorities — communities of ethnic kin living as national minorities in neighboring countries — as well as manage its relationship to diaspora communities generated by earlier waves of emigration and to communities of more recent emigrants within the European Union."

Her Fulbright project is titled "Divided Nationhood and Multiple Membership in the European Neighborhood: A Comparative Analysis of Hungary’s Diaspora, Emigrant, and Kin-Minority Engagement Policies."

Developments within the past decade

Waterbury will focus her work on developments over the past decade because 2010 is when the current governing administration of Hungary introduced a new intensification of policies toward kin-minorities and began to more deeply formalize relations with diaspora communities in Europe and elsewhere.

As part of this intensification, Hungary has allowed ethnic Hungarians in other countries to obtain non-resident passports and has expanded voting rights to non-resident passport holders. Hungary also has been trying to deal with an increase in emigration in the last decade, after the initial spike following Hungary’s joining the European Union in 2004.

"More and more it is becoming clear that the European political, social, and economic space is one in which there is both increased transnationalism and, simultaneously, increased competition between groups. Populist discourses and economic protectionism, driven by anxieties around mobility, migration, and demographic change, both feed off and contribute to inter-group competition,” Waterbury said. “Even groups within the same divided nation may compete with one another for resources and attention, depending on where groups are located, both physically, and in terms of their position in a hierarchy of economic interest and symbolic importance to states, parties, and political elites.”

Waterbury’s research comes at a time when faculty are seeking opportunities to restart some fieldwork that was halted due to the pandemic, and a time when issues of mobility, immigration and ethnic identity are headlines both around the world.

"Given all these developments, this seems to be the ideal moment to explore the deeper institutionalization of ethnic and national identities across borders and how this interacts with the tensions around mobility, demographic change, and diversity present in Europe today," she said.

Forming a framework for 'multiple membership'

"My findings from previous work suggest that there is often tension and tradeoffs in a state’s response to different types of external national populations, with political and institutional commitments to one type impacting the scope and content of commitments to another," Waterbury said. "However, I have so far only been able to explore this outcome in relation to kin-state policies and emigrant engagement."

At the Minority Studies Institute at the Hungarian Academy of Sciences in Budapest, Waterbury will further her efforts to develop a framework that she terms “multiple membership,” which describes "the ways in which external populations are connected to and may benefit from — or be constrained by — cultural, economic, and political ties to a homeland or kin-state, such as Hungary."

She notes that with many countries facing similar transnational challenges, her work can inform the issues of physical mobility, political mobilization, potential integration, and community-building for other populations living as "othered minorities struggling for rights and recognition in their states of residence."

"While Professor Waterbury focuses on Hungary, her research is likely to provide insights regarding the general relationships between the European nation states and their external communities that have increased considerably in size following the Schengen agreement in 1985, which aimed to create a Europe without borders," Dr. Florenz Plassmann, dean of the College of Arts and Sciences and professor of economics and political science, said.

Waterbury, whose primary research language is Hungarian, said that with additional research, she will be able to add engagement with diaspora groups to this framework, and expand her understanding of emigrant engagement and how it is impacted by diaspora and kin-state policies.

“This would result in a novel and truly transnational study that has the potential to fill some major gaps in the literature on states and the ties of political, economic, and cultural membership that transcend state borders,” Waterbury said.

"The Fulbright Political Science program is highly competitive, and it is a great testament to Professor Waterbury's expertise that she received this fellowship," Plassmann said. “Professor Waterbury's research on how Hungary's policies affect its national communities beyond its borders is particularly relevant at a time in which migration flows are moving the world further beyond the nation-state."