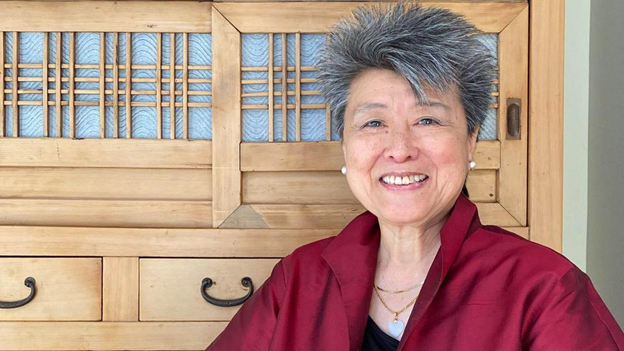 More than 100 people attended "Real Talk About Big Questions," hoping to find some answers to the big question of, "How can the Ohio University community stand with, and support Asian and Pacific Islander populations?"

Dr. Ji-Yeung Jang, interim executive director for Global Affairs, presided over the April 23 virtual event, co-sponsored by the Division of Diversity and Inclusion and the Office of Global Affairs at Ohio University.

“We as a broader community need to have these opportunities to reflect and learn how to actively ally ourselves in support of AAPI (Asian, Asian-American, and Pacific Islander) communities.... It is important that all members of the society stand against hate and in support of our shared humanity as we walk together on the road to a more just society,” Jang said. “This event was a critical start; we all need to play an active and constructive role to bring and embrace diversity and equity in our classrooms, our communities and our workplaces.”

As early as 1982, Zia had become an activist for Asian American rights and a national organizer for the Justice for Vincent Chin movement. Chin was beaten to death in Detroit for his Asian appearance during the decline of the auto industry. Zia was later featured in the Academy Award-nominated documentary “Who Killed Vincent Chin?” and was profiled in Bill Moyers’ PBS series, “Becoming American: The Chinese Experience.”

Zia delivered a talk on Asian American history, resistance and contributions to creating U.S. culture and society. She drew connections between Vincent Chin’s death 40 years ago with the recent Atlanta shootings and contextualized the latter in the hostile socio-political environment toward Asians, Asian-Americans and Pacific Islanders during the Trump administration.

Zia also made suggestions about how the community can combat hate against the AAPI community. For example, universities, especially teacher education, should partner with K-12 to educate students in Asian American history, said Zia, who also urged AAPIs to collaborate with other minority groups in anti-racist movements.

The talk was followed by a Q&A session facilitated by Dr. Lijing Yang, associate professor of Counseling and Higher Education in the Patton College of Education. The discussion included issues such as to how to foster strategies and alliances to better support AAPI populations in the United States and at Ohio University.

“Helen Zia’s keynote speech carries a profound historical lens, which is extremely valuable to us, toward the recent anti-AAPI hate, and reminds us how challenging it is to combat anti-AAPI hate in the longer term,” Yang said. “As an Asian woman faculty, I have self-educated about Asian American history in the U.S. But non-Asian faculty and students may not have access or interests in this part of the history. A keynote speech like this has delivered a strong voice and provided a lot of historical facts that have not been included in the American history textbooks. It has also provided us a framework for how our local AAPIs can work together in our local community.

“I trust that the event has helped these key players better understand the history and current life situations of AAPIs. The event also gathered a diverse local audience from various Asian countries and provided a social platform that empowers the local AAPIs to address critical life issues with the support of these key players,” Yang said, noting that many key players in the Athens community participated in this event.

Dr. Liang Tao, professor of linguistics and coordinator of the Chinese language program, found Zia's talk both “provocative and inspiring and encourages people to learn about her research.... The event brought to light many interesting questions concerning not just domestic issues against AAPI hate crimes on campus and in the U.S., but also how to support our international students at OU.”

"Recent events have been a stark reminder that each of us has a responsibility to publicly stand against violence, hatred, and prejudice. It’s truly up to us to help usher in the world we wish to see, and conversations like these reflect that we at OHIO are well on our way to becoming a leader in sustainable equity and inclusion," Dr. Gigi Secuban, vice president for Diversity and Inclusion, said. "I am grateful to Helen Zia, Mayor Patterson, Dr. Ji-Yeung Jang, Dr. Lijing Yang and all our OHIO community members for participating in this very timely dialogue. On a personal note, I sincerely thank our entire Bobcat family for their ongoing solidarity and support of Asian, Asian American, and Pacific Islander community members."

Following the event, Patterson convened members of the local AAPI community and discussed how the city and county can help to better engage local AAPI populations in meaningful ways.

“I believe Helen’s talk is the catalyst of this change and many other changes to come,” Yang said.