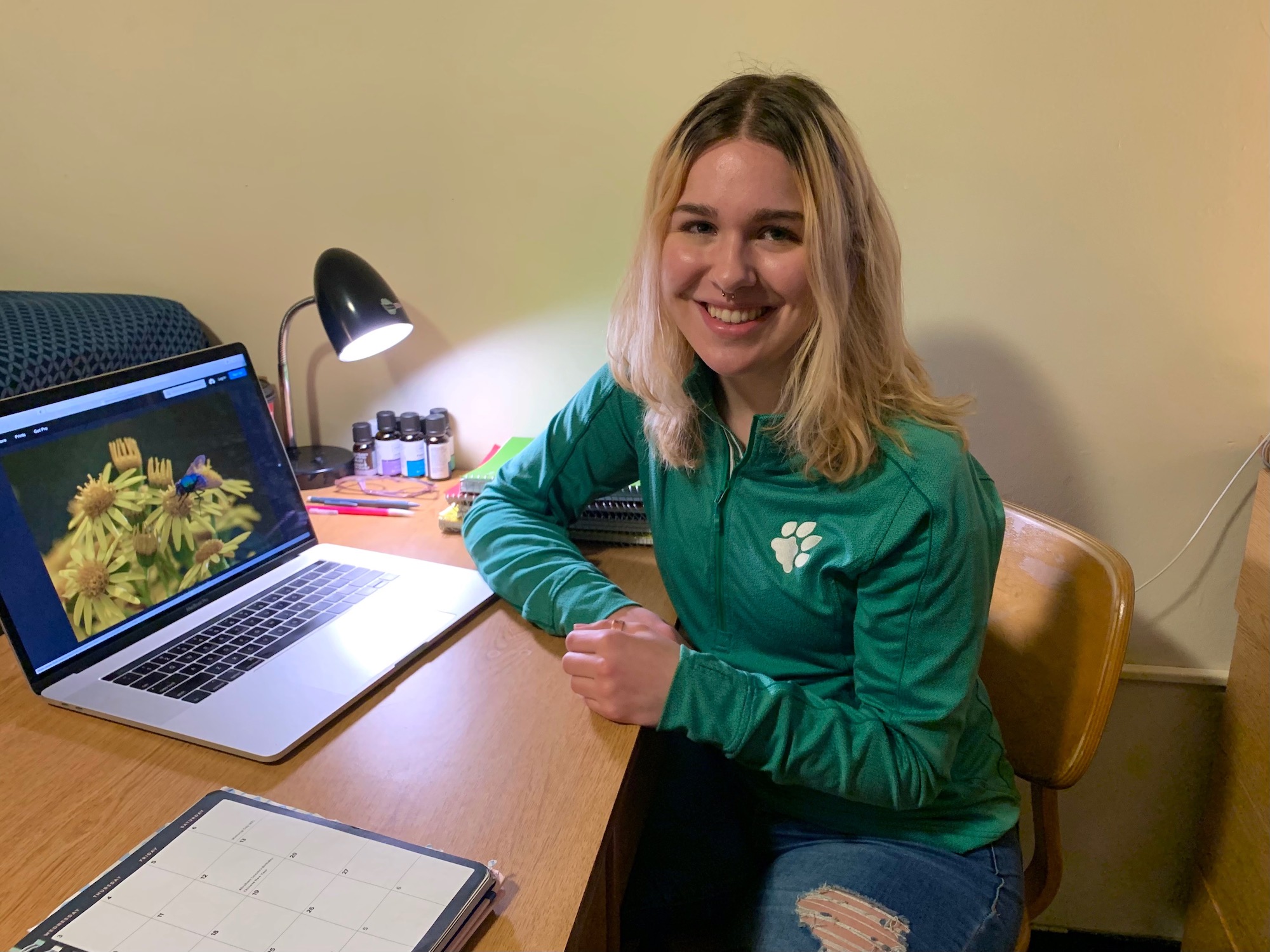 #BeyondBees is an Ohio University research project that uses photographs, taken by citizen scientists, as a tool to help identify how flies are involved in pollinating flowers.

The project, led by Dr. Bekka Brodie, assistant professor of instruction in the Department of Biological Sciences and OHIO Honors coordinator, involves several undergraduate researchers. The OHIO students have won multiple awards for the work, including at this year’s virtual Student Expo.

As insects are declining in numbers, scientists are seeking to learn more about which ones are critical to the plant pollination process. Brodie’s team hopes that their research and science communication efforts can change preconceived notions about flies as simply pests.

Despite the pandemic, the students have continued their work investigating the role of fly pollinators by crowdsourcing images available on the internet from all over the world.

Still images of the flies are important, as “Flies are fast – their wings beat between 300-1,000 times a second! – making it difficult for us to see and study them,” Brodie explained.

Sarah Romer, a member of Brodie’s team, is an Ohio University sophomore who has contributed to the project by gathering data on flies such as midges and mosquitoes. Romer, an OHIO Honors student majoring in wildlife and conservation biology, is a recipient of the Outdoor Writers of Ohio Scholarship and Honors Research Apprenticeship.

Primarily using Flickr, Microsoft Excel and R (a statistical software), Romer collected data from the photographs posted on the internet of flies on flowers. Including Romer’s contributions, the team has analyzed over 2,000 photographs of flies carrying out their lives (mating, resting or eating) on flowers. These images, along with a flower and fly identification guide, allow her and the team to identify the type of fly species and the flower that is being pollinated.

She also takes into account the flower’s shape and color, which influence whether flies visit flowers. Romer also communicates with the photographers to determine where on the globe the image was taken.

“I hope that people see how important flies are in our ecosystem. And how easy it is to contribute to science from your own home,” Romer said about the project.

The data collection also gives her professional experience interacting with other scientists that help confirm plant and fly identification.

“It’s kind of neat that during a pandemic, Sarah has been communicating and working with experts, as well as citizen scientists, all over the world,” Brodie said.

Other members of the multi-disciplinary and award-winning undergraduate research team include Ayden B. Wilson, Evelyn Blakeman and Emi Olin. Wilson and Blakeman have been supported through the Program to Aid Career Exploration and Olin is currently preparing her application for an Ohio University Experiential Learning Grant.

Blakeman, who is majoring in freshwater, marine and environmental science, presented her portion of this research project at the Entomological Society of America in St. Louis in November 2019 and won first place for her oral presentation in the Pollinator-Insect Ecology Undergraduate Research Symposium. Blakeman is currently working to combine the team’s findings for her Department of Biological Sciences honors thesis and submission for publication in the Journal of Pollinator Ecology.

Wilson, a 2017 alumna, won second place in sustainability in the Ohio University Student Expo in 2017. She graduated with a bachelor’s degree in plant biology and is currently a process and formulations research associate at Scotts Miracle Gro Company in Columbus.

Olin, an OHIO honors student majoring in medical illustration, collaborated with the research team to design an illustrative outreach video that could explain the science to the general public. Olin won a first-place prize for her outreach video at the 2021 Student Expo.

Brodie’s team hopes to submit their research for publication in the fall. Undergraduate researchers Romer, Blakeman and Wilson will all be co-authors on the resulting manuscript.