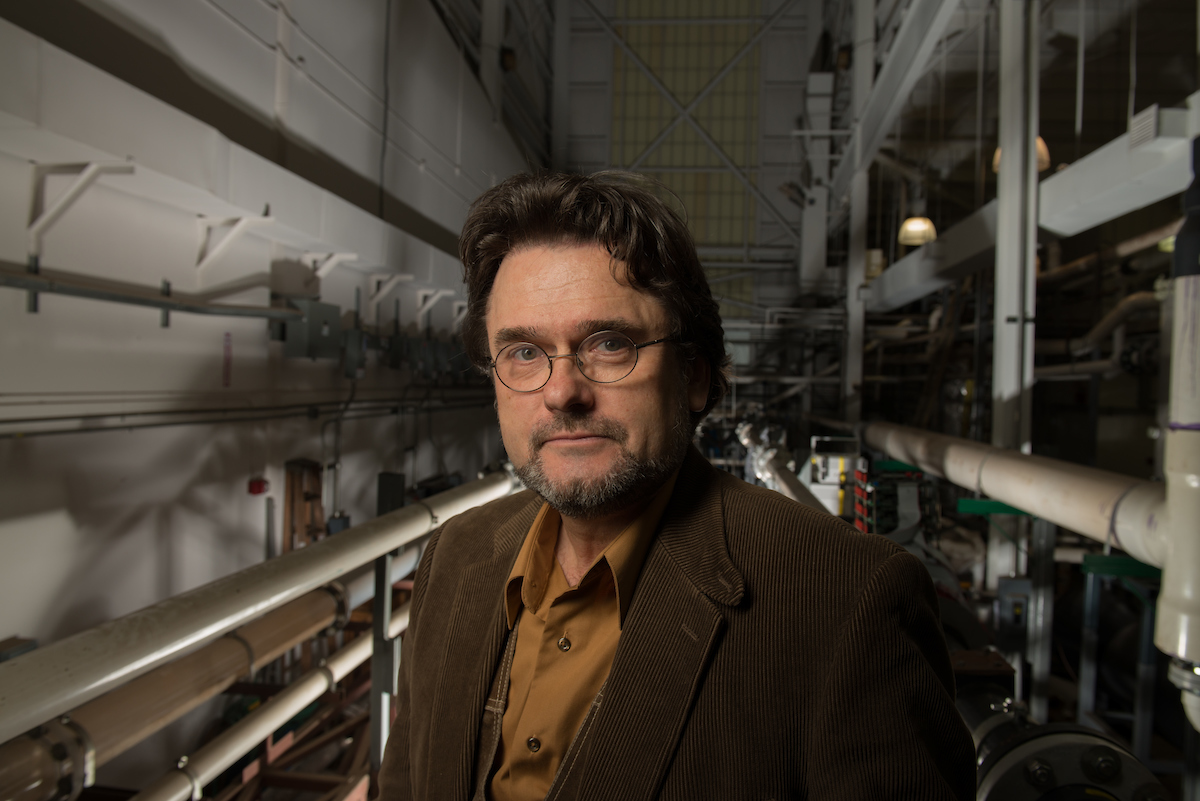 Dr. Srdjan Nesic, Russ Professor of Chemical Engineering in the Russ College of Engineering and Technology, has been named the 2021 Distinguished Professor by Ohio University.

“Dr. Nesic is recognized as one of the world’s leading scholars in his field, and he is most deserving of the distinguished professor designation, Ohio University’s highest honor,” Ohio University President M. Duane Nellis said. “Srdjan’s scientific expertise has been cited globally, and his work and research, along with that of his current and former students, are making a tremendous impact in the world of corrosion science.”

An expert in corrosion and fluid mechanics, Nesic is director of the internationally-renowned Institute for Corrosion and Multiphase Technology, one of the largest corrosion research facilities in the world. The Institute is funded by a consortium of large national and multinational companies from around the world to address the problems stemming from corrosion of major infrastructure.

At Ohio University, Nesic has graduated 36 Ph.D. students, 23 master’s students and mentored 40 or more postdoctoral researchers, many of whom are now accomplished academics in their own right, from more than 20 countries. He has published more than 150 peer-reviewed papers in leading international journals in his field and penned 18 book chapters and more than 240 peer-reviewed published conference proceedings articles. He is one of the most cited authors in the Russ College’s history, with more than 14,600 citations of his published work.

He has raised over $40 million in sponsored research funding, mostly from industrial sources in North and South America, the Middle East, Europe, Asia and Oceania. Over the past 10 years, Nesic and the Institute accounted on average for 19% of the Russ College’s yearly funding awards and for 9.6% of OHIO’s yearly research awards.

Nesic is a Fellow in NACE International – the world’s biggest association of corrosion engineers, and in 2007 received the prestigious H.H. Uhlig Award for excellence in corrosion education from NACE. Nesic also won the 2018 Willis Rodney Whitney Award for his contributions to corrosion science and education from NACE. He has won three best paper awards in leading scientific journals in the field, along with his students who have collected over 20 international awards in recognition of the high caliber of their research. Nesic serves on the editorial boards of Corrosion and Corrosion Science, the two leading journals in the field. This year, the Institute was named a NACE Distinguished Organization in recognition of outstanding contributions in the field of corrosion science and engineering over a sustained period of time.

“The Ohio University Distinguished Professor award is a tremendous honor. For me it was very important to be recognized (along with by my students) by the leading professional and scientific organizations in the world for our achievements, but to get selected by a jury of my distinguished peers at Ohio University, coming from all the different fields of science and humanities, to get this award – tops it all,” Nesic said. “It gives me enormous pleasure to look back and realize that I have made a tangible contribution to promoting the great work we all do at Ohio University around the world.”

Distinguished professors are recognized for sustained and internationally-recognized academic contributions that raise the OHIO profile. They are committed to represent the University in its teaching and research missions and are entitled to award a full tuition scholarship to an undergraduate student of their choice each year, from the time of award until five years post-retirement from teaching.