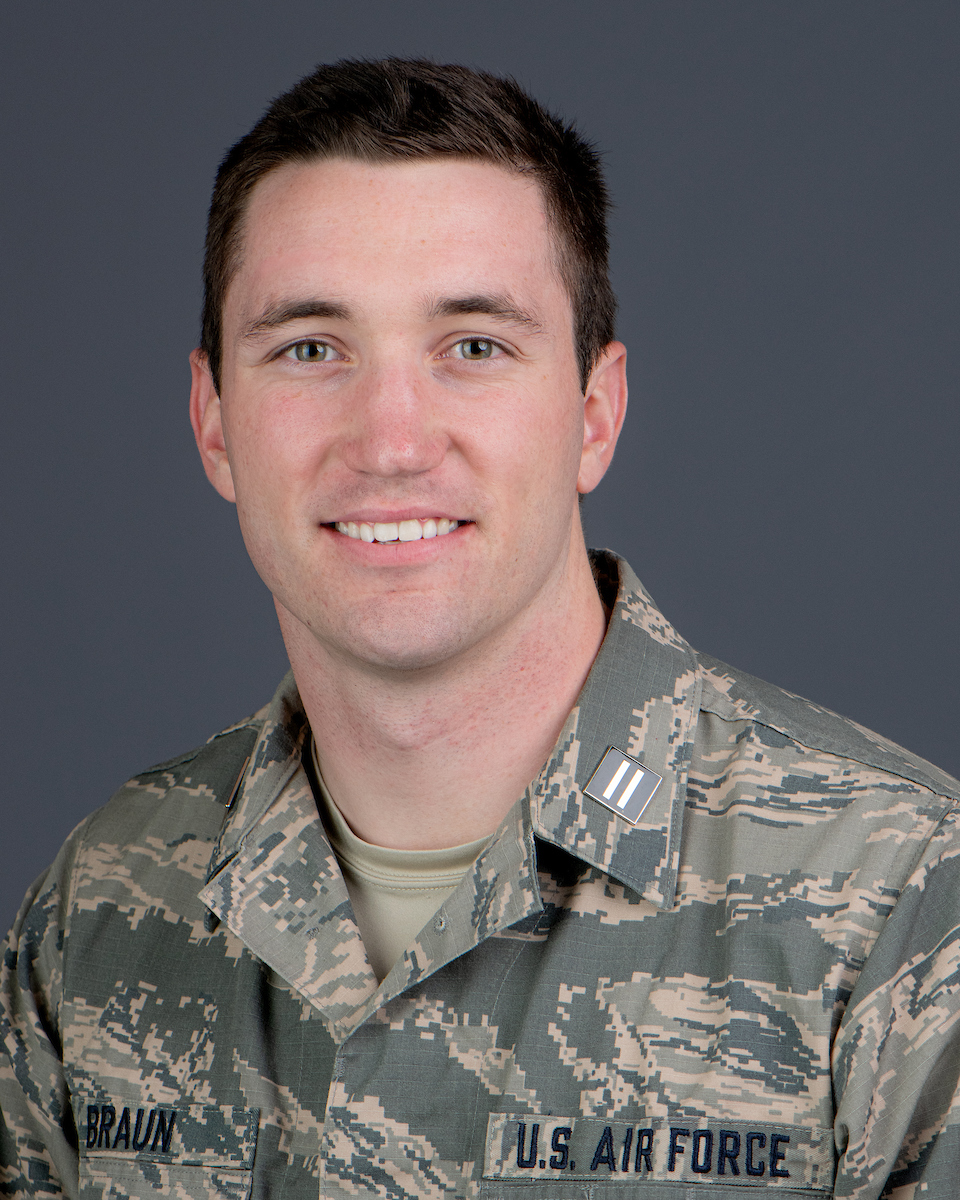 Braun is a senior at Ohio University and is expected to earn his degree in civil engineering in May of 2022. Braun also has a certificate in construction management and will earn a minor in aerospace studies upon completion of the AFROTC program.

“The idea of flying has always interested me, especially since I grew up very close to Dayton, the birthplace of aviation. As I looked into Air Force ROTC, the opportunities that were available were extremely attractive to me,” Braun said. “The careers I could pursue in the Air Force were endless and all seemed so interesting. I compared the pros and cons of the Air Force and other branches of the military. Eventually, I chose the Air Force for its reputation of being the best aviators in the world, something that still fascinates me to this day.”

The Air Force JROTC Flight Academy is an approximately eight-week summer aviation program which partners with universities nationwide. A collaborative effort between the aerospace industry and the U.S. Air Force, the Flight Academy seeks to address a national pilot shortage and the issue of diversity within the aviation industry. Although primarily for high school Junior ROTC cadets, the Air Force awarded scholarships to a select group of university ROTC cadets. Cadet Braun will complete the program this summer at Bowling Green State University.

“When I found out about the JROTC Flight Academy, I was immediately excited for the opportunity to fly,” Braun said. “If accepted, I knew that I would increase my chances at becoming an Air Force pilot and gain valuable leadership experiences. The Flight Academy would allow me to lead and mentor future AFROTC cadets, and maybe influence some of them into attending a great aviation university like OHIO.”

Attending the JROTC Flight Academy could open many doors for Braun and jump-start his path to becoming a United States Air Force pilot. The leadership experience and flight hours he receives during this summer program will give him a competitive edge while pursuing his career in the Air Force.