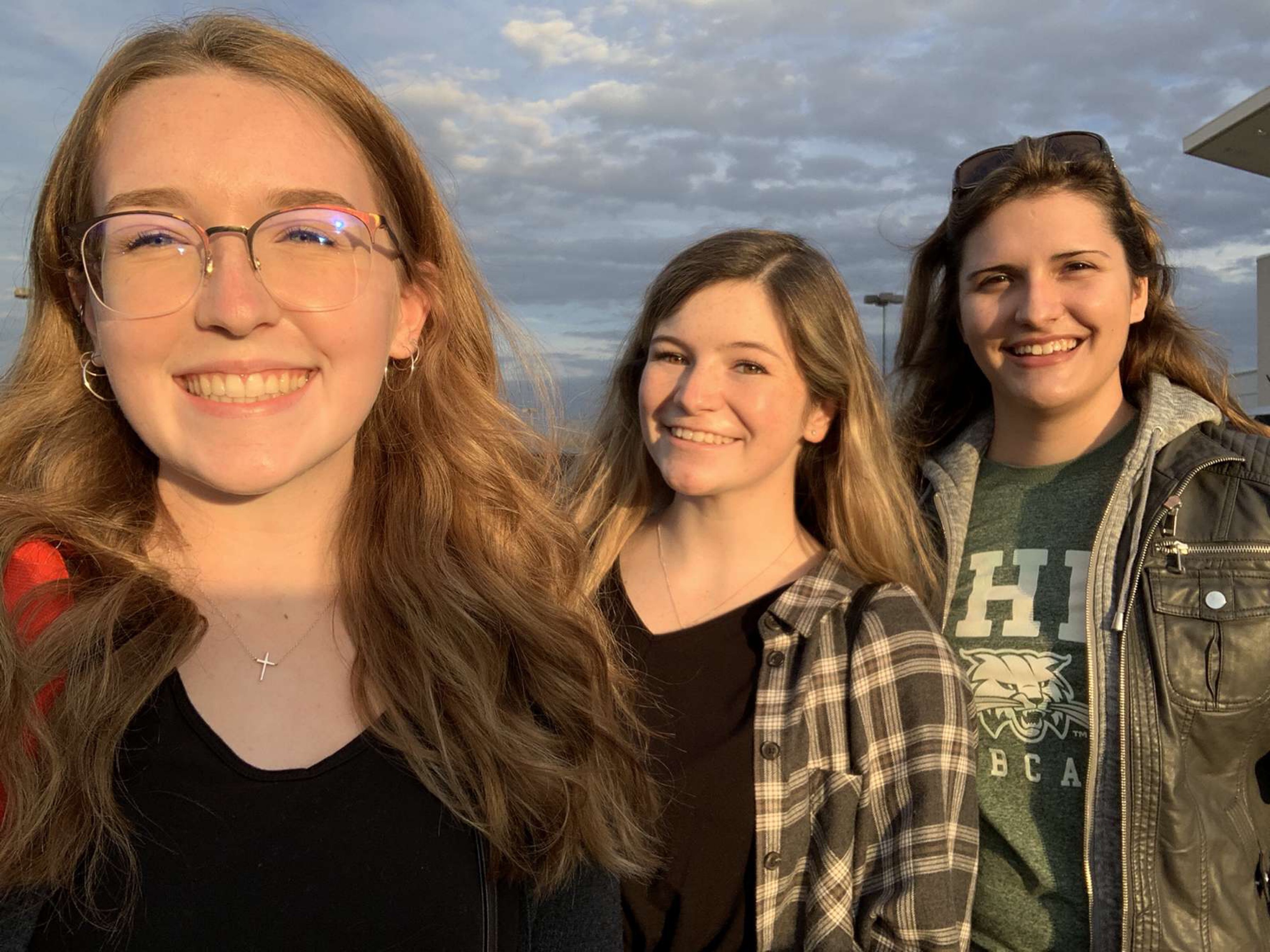 Baciak comes from Brook Park, Ohio and is majoring in global studies at OHIO. Smith is a communication studies major from Lancaster, Ohio. Swegan is a biological sciences pre-med major from Niles, Ohio.

With only 250 scholarships available to Air Force ROTC cadets in the 145 detachments across the nation, it is rare for Detachment 650 to be able to award three cadet scholarships. “I’m thrilled to be awarding scholarships to three well-deserving cadets,” said Lieutenant Colonel Mark Enriques, detachment commander. “They represent the talent of Detachment 650 and the quality of America’s future military officers through their hard work and exceptional performance in ROTC.”

The ROTC In-College Scholarships cover full tuition and fees, $900 per year for books, and a monthly stipend for the cadet’s remaining college career. Recipients are selected based on their academic standing, physical fitness assessment scores, ranking among peers, and officer potential.

“The military provides women with many opportunities to help take our career to the next level,” explained Swegen. “Now is the perfect time to join, especially ROTC, because now is the time for women to take leadership and show the world that women can do anything. I'm excited to keep working hard in AFROTC and can't wait to commission as a second lieutenant in the United States Air Force.”

Retired Lieutenant Colonel Layla Sweet, the former Detachment 650 commander, became OHIO’s first female ROTC commander in 2016. “Layla set an example of the opportunities for women in the military and as a result we now have more talented women following their passion for military service in Air Force ROTC at OHIO,” said Enriques. “The achievement of these three cadets is a testament not only to their own hard work, but also to the leadership Layla provided over the last four years at OHIO.”

“Women interested in joining the Air Force are usually worried about sexism within the military,” said Baciak. “From the experience that I have had, that has not been a concern.”

“My dad told me to always work hard even when no one was looking, and I feel that all the work I’ve put in has really paid off. This program has given me so much confidence in my abilities and has taught me about my strengths and weaknesses,” said Smith.

“The scholarship is important to me because I have been mainly paying for tuition with loans,” Baciak said. “This scholarship will mean that I won't have to worry as much about being in debt.”

Throughout her career with the Air Force, Lt. Col. Layla Sweet has aimed high, taking on leadership roles and challenging her minority status as a woman in the military. In 2016, she broke the glass ceiling as OHIO's first female ROTC commander and inspired female cadets to pursue leadership positions. Learn more about retired Lt. Col. Layla Sweet in this Ohio Today video.