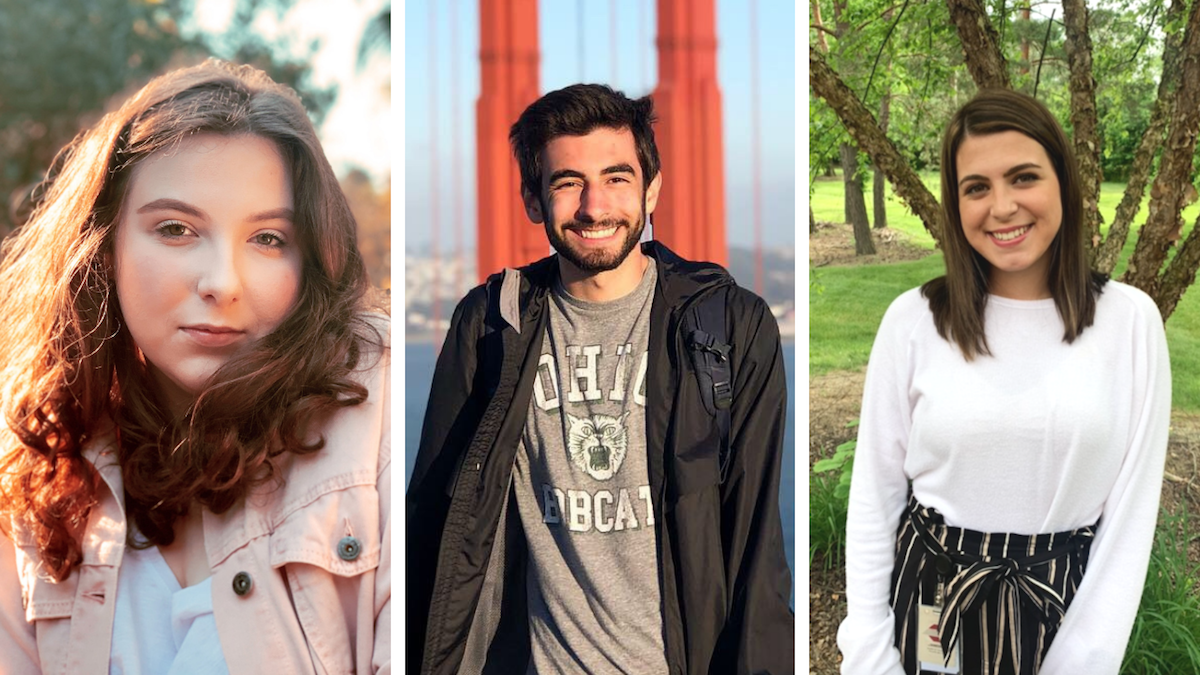 Most years, Roger Cooper, a professor in the School of Media Arts & Studies, spends a lot of time in Los Angeles. Cooper developed the popular OHIO-in-LA program, a semester-long study-away experience that immerses students in the entertainment industry. More than 250 students have gone through the program since it began in 2014, gaining professional experience as well as a valuable familiarity with the city itself.

“A lot of people think, ‘should I move to LA?’ It is the entertainment capital of the world. It’s intimidating,” Cooper said. “The program gives students the opportunity to see what it is to really live out there on a day-to-day basis, but to have oversight and structure. One of the big rewards of doing the program for me is just seeing how much confidence students gain as a result of being there.”

When it became clear that an in-person LA experience was going to be impossible this fall, Cooper made some adjustments. He knew he could replicate many of the benefits of the program even if students couldn’t actually make it to California.

“Of course I wish we would all be out in LA, but I’m really excited about the opportunities we’re going to have,” Cooper said. “I’m excited about the challenge of making it work and giving students the best experience they could possibly get.”

In addition to the full course load of media-related classes, participants have professional internships, interact with LA-based speakers each week, network with their “big sibs” (professional mentors—usually OHIO alumni working in LA) and work in teams to produce a short film. With 16 students participating this semester, the virtual experience will include all of those elements.

Senior integrated media major John Amato signed up for the virtual experience. He is interested in a career in screenwriting or film and television development and said he hopes to learn more about the film development process through OHIO-in-LA.

“The virtual LA program seems like a great opportunity to meet industry professionals and do an internship remotely, while also getting a lot of exposure and making contacts,” Amato said. “It is easy to see Hollywood simply as a dream factory while overlooking the fact that it is really a business, and I want to learn as much as I can about the business aspect of it.”

Amato will intern with a management company called Circle of Confusion, where he hopes to gain knowledge about script development that he can use in his own career.

Cooper said students have interned in more than 100 companies over the years, including BET, AMC, Fox, Universal Studios and Sony Pictures.

“Our students see that they totally have everything they need to do it, and that’s just having a good work ethic, building good relationships and working hard and smart,” Cooper said. “It’s not really that complicated; it’s just knowing the terrain so that you’re able to know how to navigate it.”

Senior strategic communication major Madison Linville plans to pursue an advertising career in the entertainment industry and is considering moving to LA after she graduates. She has an internship with a company called Hollywood Branded.

“I will be working in entertainment and influencer marketing,” Linville said. “I have also been working with Bull City Film Festival to read scripts and write coverage, and will be doing that as much as possible throughout the semester.”

Stazy Mazo is a fourth-year screenwriting and production major who landed an internship with her “dream company,” Scout Productions. She plans to move to LA after graduation and turn the circumstances surrounding the pandemic into an opportunity.

“I hope to gain a lot of great relationships from this experience as well as some interesting ‘hands-on’ experience,” Mazo said. “I think anyone who is entering this field during such a challenging time and is able to still do a good job will have very valuable skills moving forward in our careers.”

OHIO-in-LA will culminate in a virtual screening of the students’ production project. Pre-pandemic, this event brought alumni from the LA area together for a celebration; this year, Cooper said he hopes the virtual element will make it possible for alumni from across the world to attend.

Follow the Scripps College of Communication on social media for updates on OHIO-in-LA throughout the semester, and visit the college blog to see more from the students interviewed in this story.