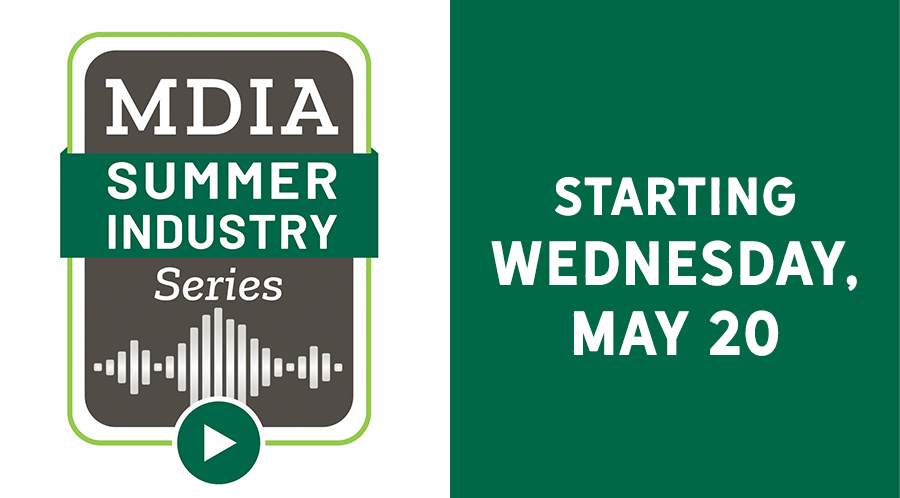 The School of Media Arts and Studies (MDIA) in Ohio University’s Scripps College of Communication announces the MDIA Summer Industry Series, a new program designed to provide professional development and engagement opportunities for current and prospective students and alumni over the summer.

The series, presented virtually, will feature speakers from a variety of media-related industries discussing their careers and the paths they took to get there.

Responding to the limitations of the remote instruction caused by COVID-19, the series was created by MDIA’s recently-named director Josh Antonuccio and faculty members Brian Plow and Roger Cooper to stand in for the travel, networking access and hands-on professional experiences that are a hallmark of the MDIA student experience.

“Given the nature of the situation we are going through, we wanted to find ways to connect our students directly to industry leaders,” Antonuccio said. “In a normal school year, we offer so many experiential programs that allow them to learn side-by-side with established professionals in their chosen field. Obviously, COVID put an end to all of that, at least in the short term, but this is a pathway we could create that brings educational and networking opportunities to students throughout the summer.”

Antonuccio added that guest speakers will include television and movie producers, leaders in the music industry, and videographers, such as Star Wars Lucasfilm producer and MDIA alumnus John Swartz;  Michelle Gritzer, director of the HBO comedies Barry and Veep; Spin City and Scrubs producer Randall Winston; and Thomas Golubić, the award-winning music supervisor of Better Call Saul, Breaking Bad, and the new Netflix comedy Space Force with Steve Carrell. More speakers will be announced throughout the summer.

“This is an outstanding opportunity for students, recent alums and even prospective students to engage with top media professionals,” Cooper said. “Our connections with the industry and how professionals seek to help our students is really special.”

The first installment of the series will be held Wednesday, May 20, at 7 p.m. featuring David Jeffries, BSC ’11, the operations manager, Bolt team lead and director of photography for the Columbus-based production company Ohio HD. Jeffries started at the company soon after graduating from OHIO and his career has grown along with the company. Join the Zoom presentation here.