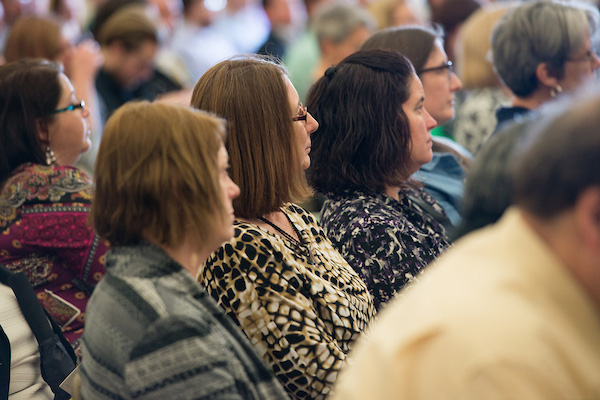 The annual spring semester ceremony, which had to be postponed from March 31 due to the coronavirus pandemic, recognizes the service of those employed for 10 years or more and also celebrates retiring administrators for their outstanding work and dedication. Every honoree will receive a gift according to their years of service.

First given in 1975, Outstanding Administrator Awards are conferred each year to three individuals who exemplify a strong commitment and distinguished service to Ohio University. The winners were chosen by an Administrative Senate committee after a ­­nomination period and an extensive interview process. Read more about this year’s three recipients:

In his position, Carpenter is responsible for ensuring the welfare of all animals used in research across the university, including regional campuses.

Anonymous quote about Carpenter: “You are the epitome of what Ohio University counts as commitment to excellence. Many of your colleagues have described you as the reason they have not departed for another university.”

Anonymous quote on Chiasson: “You navigate and balance academic, facility and personnel realms while welcoming constructive communication. You are always concerned with doing the right thing and being honest. Last, you continually seek improvement, finding ways to get things done and make things right.”

Nicholas Lather, Chief Pilot, Gordon K. Bush Airport
In his position, he manages and directs airport operations for the campus community. He focuses his efforts on safety, education and creates an experience with everyone who flies with him.

Anonymous quote about Lather: “He is the brand for Ohio University business aviation nationwide. If you attend Ohio University, people know you’ve flown with Nick Lather and people respect you for that. He is a supreme professional.”