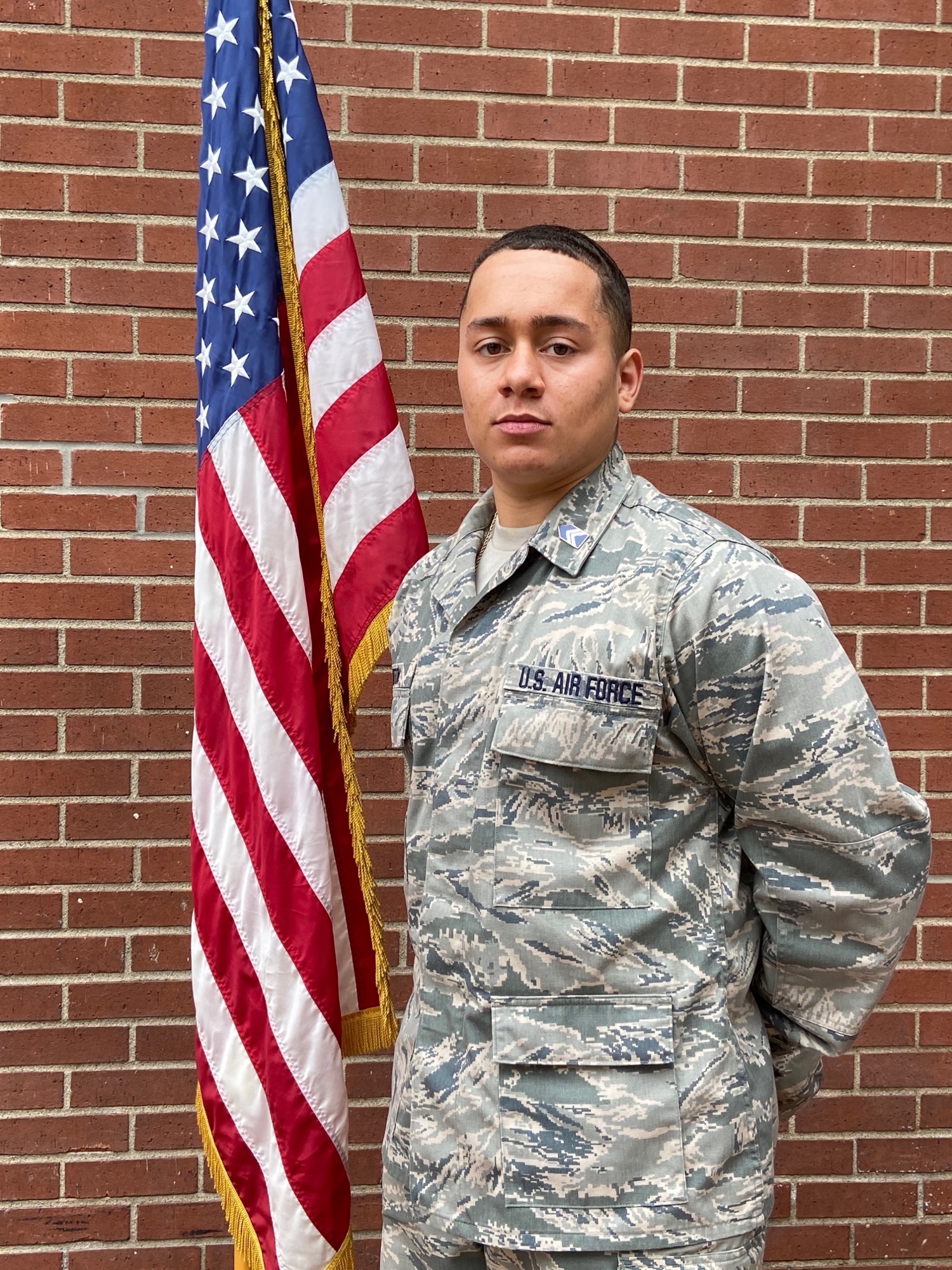 Ohio University Air Force ROTC Detachment 650 is proud to announce the awarding of the selective Commander’s In-College Scholarship and the upcoming commissioning of two cadets.

The Ohio University Air Force ROTC program has selected Cadet Derek Burton, to receive the Commander's In-College Scholarship (ICSP), a highly competitive scholarship awarded to a single cadet each semester. Cadet Burton has excelled in his studies as a sophomore mechanical engineering major, and as a first-year cadet in the AFROTC program. This scholarship covers full tuition for the cadet’s college career. Recipients are selected by the detachment commander based on their academic standing, physical fitness assessment scores, ranking among peers, and officer potential.

Lieutenant Colonel Layla Sweet is the commander for Detachment 650 at Ohio University. “Cadet Burton's dedication and performance impressed me since day one,” Sweet said. “You would never guess he entered the program a year later than most of his peers. He is very deserving of an Air Force ROTC scholarship and I look forward to seeing his continued success throughout his Air Force career.”

Detachment 650 will recognize the culmination of the successful AFROTC careers for two cadets on Saturday, May 2 as the two cadets are commissioned as United States Air Force Officers. During an online ceremony led by Lieutenant Colonel Sweet, Kyle Ball and Mihai Untea will recite the Air Force oath, vowing their dedication of service to their country and commission as Second Lieutenants in the US. Air Force.

Cadet Ball, who will graduate this spring with his bachelor’s degree in criminology, has been selected as a remote piloted aircraft pilot, and will go on to Randolph Air Force Base in Texas for technical training. Cadet Untea, who will earn his bachelor’s degree in economics, will commission as an acquisitions officer, and will go on to Keesler Air Force Base in Mississippi for technical training in cyber operations.

In addition, Mihai will graduate as an Air Force ROTC Distinguished Graduate, a distinction only 10 percent of AFROTC graduates earn nationwide.

Lieutenant Colonel Sweet applauds both cadets on their commission. “Congratulations to both Lieutenant Ball and Lieutenant Untea as they begin their careers in the Air Force,” Sweet said. “I'm extremely proud of their accomplishments as cadets and Ohio University students. I have no doubt they will continue to excel as Air Force officers."

Detachment 650 has 55 cadets enrolled in the program and is dedicated to building the character, perseverance, and strength of our cadets so they will live by Air Force Core Values--integrity, service before self, and excellence in all they do.

AFROTC Detachment 650 has partnered with Ohio University since 1948, one year after the Air Force was formed, to produce high quality young officers for the United States Air Force.