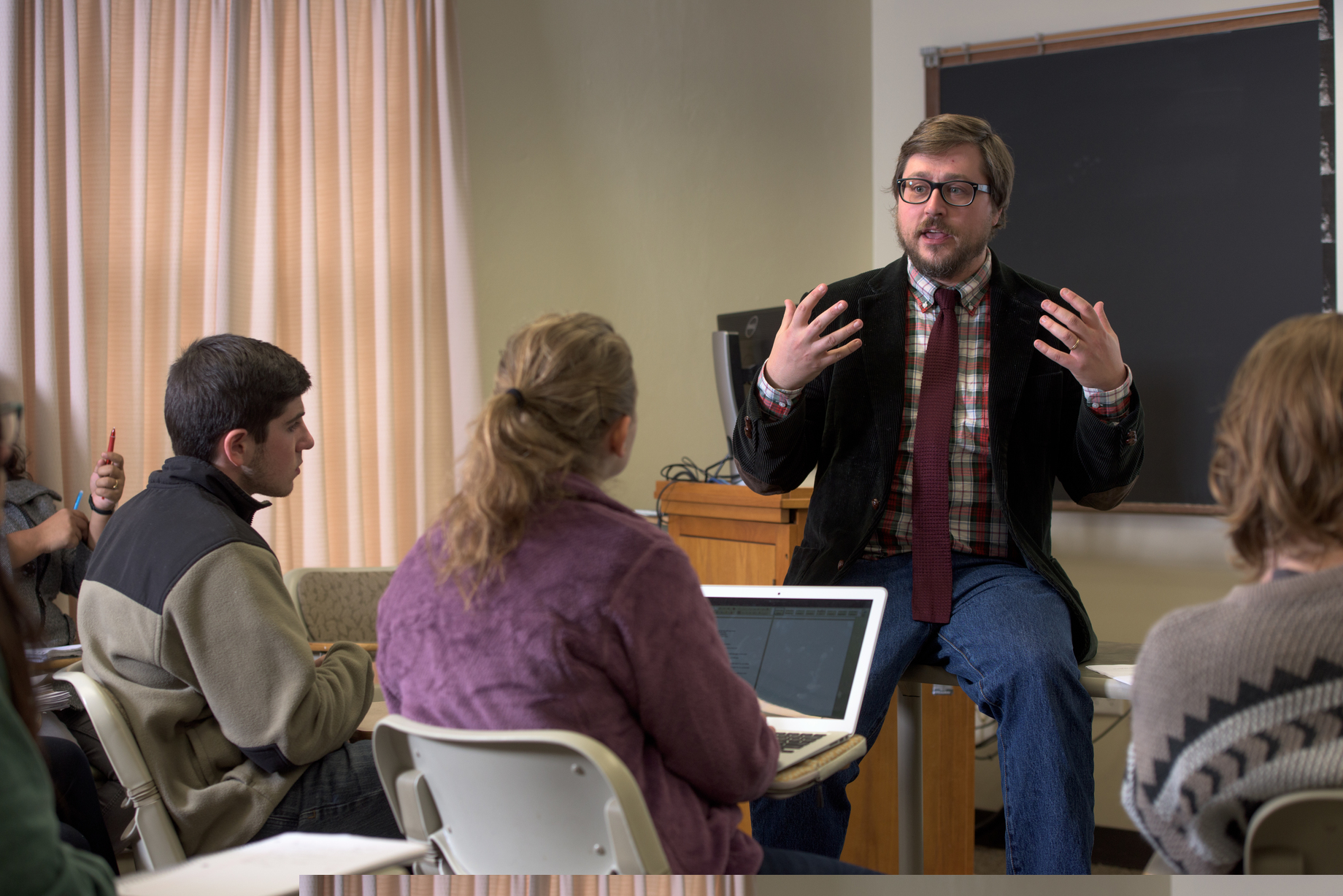 Ohio University Libraries will host Brandon Kendhammer on the fourth floor of Alden Library on Jan. 29 from 3 to 4:30 p.m. as part of its Authors @ Alden series.

Kendhammer will discuss his book, “Boko Haram,” which seeks to offer a more complete look at the violence that has plagued Nigeria since the rise of the deadly terrorist group. The talk is free and open to the public.

The terrorist organization, Boko Haram, is most widely known for kidnapping 200 schoolgirls in 2014, but not many people outside of Nigeria understand the full scope of the conflict that has occurred in northern Nigeria.

Kendhammer, an associate professor in political science and the director of the International Development Studies Program at Ohio University, will be interviewed by Steve Howard on his book and discuss how even the people who are not directly involved in the conflict are impacted by Boko Haram.

Kendhammer studied African politics when he attended graduate school at the University of Wisconsin, where he met his co-author for “Boko Haram,” Carmen McCain, an assistant professor of English at Westmont College. It was there that he began specifically studying Nigeria and their politics. In 2014, when Boko Haram made international news by kidnapping over 200 schoolgirls in northern Nigeria, Kendhammer shifted his focus to researching and writing about how Boko Haram had impacted the region.

“We wanted to look at how the people who live in areas that are impacted by Boko Haram are responding to the experience of insecurity and the violence,” he said when talking about the inspiration for his book, “and how the government of Nigeria has responded to that violence and insecurity and, how the government, in a lot of instances, caused a new set of insecurities that people in that region have had to live with.”

The Ohio University Press published “Boko Haram” in 2018, with the book following the rise of Boko Haram into an internationally-recognized terrorist group, while also looking more broadly at how Nigerian culture and society has responded to it. Kendhammer published his first book, “Muslims Talking Politics,” in 2016, looking at the relationship between politics and Islamic revivalism in northern Nigeria.

“Boko Haram” not only discusses the way that the government has reacted to the crisis, but also shows how much of the media coming out of Nigeria now directly reflects people’s contact with the conflict; movies, music videos and literature are being created to help those affected by the violence make sense of what’s going on around them.

“That was something no one else had really talked about,” Kendhammer said. “There had been a lot of attention paid to Boko Haram but almost all of it focused on this handful of people who were engaged in violence. There weren’t a lot of people who were talking about it in a holistic way, about how this thing was affecting all of these millions and millions of people who were just trying to go about their ordinary lives.”

Kendhammer hopes that people who listen to his talk or read “Boko Haram” take away the idea that terrorism can be discussed in a way that helps people understand why violence happens and why terrorist organizations do what they do. He said his talk may be of interest to students who want to understand advocacy, activism, why violence happens and how to tell stories about conflict in more productive ways.

“We can’t begin to solve complicated problems in places where there are long histories of conflict, without understanding how the violence impacts people beyond the immediate victims,” he said. “There are a lot of people whose lives are being shaped by this who are not directly involved in the violence.”