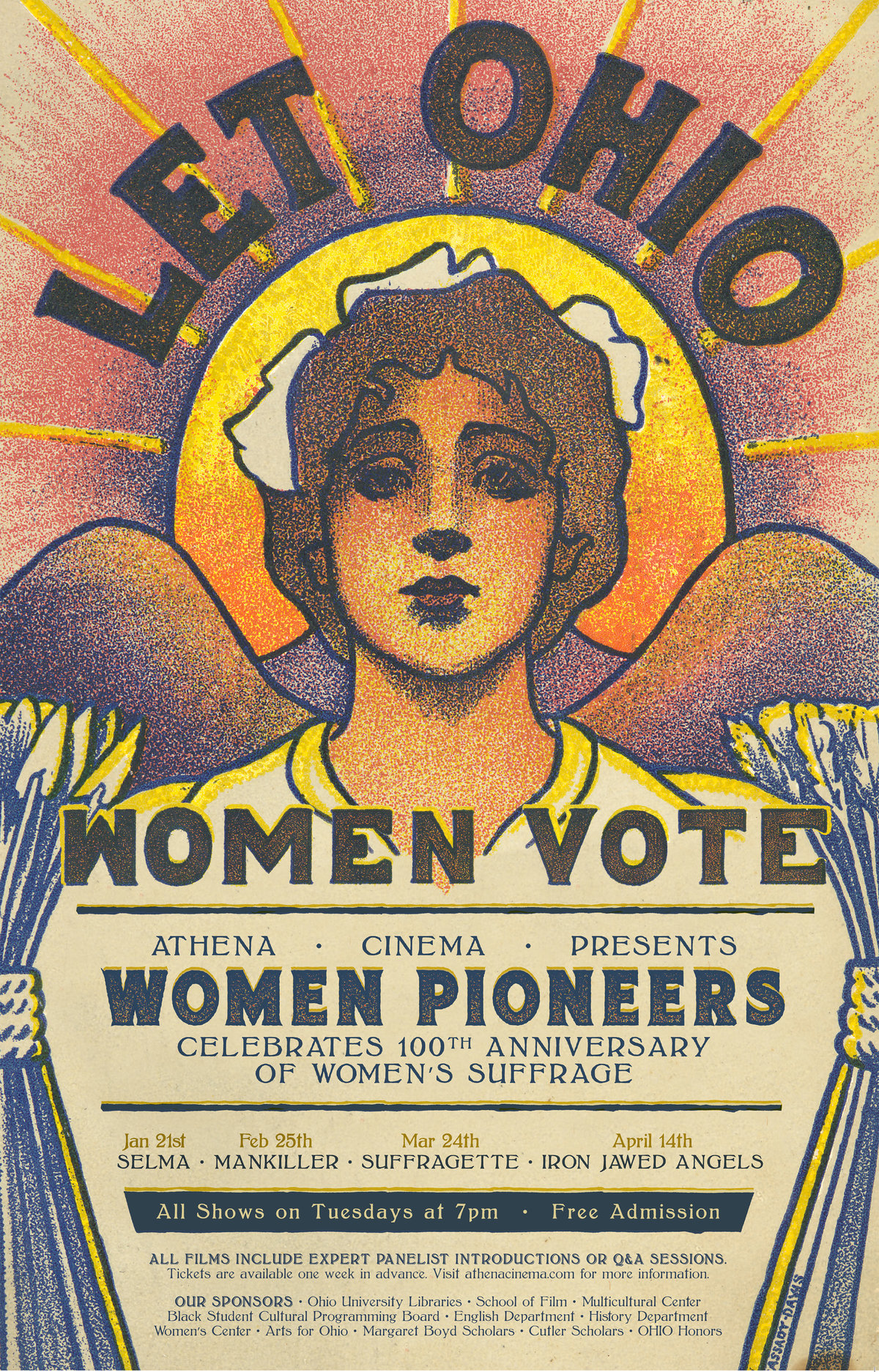 To celebrate the 100th anniversary of the 19th Amendment passing, and as a way to reflect on issues of citizenship more broadly, the Athena Cinema announces the Women Pioneers Series, four profound films that will be screened this spring highlighting women and voting rights. Admission to the series is free and features intros and/or post-screening Q&A sessions led by subject experts.

The Athena Cinema’s Women Pioneers Series kicks off on Jan. 21 at 7 p.m. with Selma, the 2014 film that chronicles three months in 1965 when Dr. Martin Luther King, Jr. led a non-violent campaign to secure equal voting rights for Black Americans in the face of violent opposition. The historic five-day-long march from Selma, Ala., to the state’s capital building in Montgomery, 54 miles away, culminated with President Lyndon B. Johnson signing the Voting Rights Act of 1965, an epic victory for the civil rights movement.

Next in the series on Feb. 25 is the 2017 documentary, Mankiller, with a featured talk by the film’s director, Valerie Red-Horse Mohl after the screening. On March 24 the series will screen the 2015 British historical period drama  Suffragette, with OHIO English Department’s Associate Professor Carey Snyder leading a discussion after the screening.

“With this series, Athens joins cities across the nation in celebrating the largest extension of voting rights in our nation's history,” Snyder says.  “The films chosen provide an opportunity to reflect on the contributions of many extraordinary women to achieving this milestone, while recognizing the divisions of race and class within the movement, as well as barriers to voting rights and citizenship that persisted after the passing of the amendment.”

The series will conclude on April 14 with a screening of the 2004 American historical drama, Iron Jawed Angles.

The League of Women Voters of Athens County will be tabling with voter registration at each screening.

The Athena Cinema plans a second installment of this series for fall 2020.