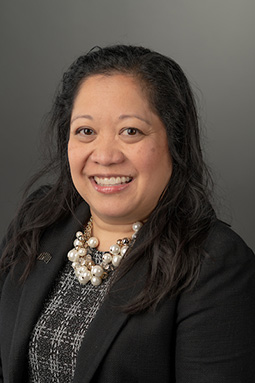 Vice President for Diversity and Inclusion Dr. Gigi Secuban recently announced that her staff is creating a plan for an annual largescale Juneteenth holiday celebration starting in 2020.

The holiday, which is recognized on June 19, is the oldest known celebration of the end of slavery in the United States and has recently been gaining momentum around the nation and the state of Ohio.

Juneteenth recognizes that June 19, 1865, was the day that Maj. Gen. Gordon Granger, accompanied by his Union troops, arrived in Galveston, Texas, to declare that the Civil War was over and slavery was over and illegal in the United States. The announcement immediately set about 250,000 Texas slaves free, marking the official end of slavery in the U.S.

Although the Emancipation Proclamation was signed by President Abraham Lincoln on Sept. 22, 1862, and issued on Jan. 1, 1863, word of it had not reached the last remaining slaves in Texas because of the resistance of the Texas slave owners and the ongoing Civil War.

When Maj. Gen. Granger’s read General Order No. 3 on the steps of Galveston’s Ashton Villa that day, the slaves were granted their freedom two and half years after the Emancipation Proclamation was supposed to end slavery in Texas.

Since that time, the former slaves in Texas and their descendants have celebrated June 19 as their Independence Day. Most of the states in the U.S. and several countries around the world now also celebrate Juneteenth as the official holiday marking for the end of slavery.

Dr. Secuban said it is important for the University to celebrate this significant moment in American history.

“As a purveyor of justice and equality for all people, it is important for Ohio University to recognize and celebrate the last official day of slavery in the United States,” said Dr. Secuban. “Many African Americans view Juneteenth as their true Independence Day, and I think it’s important for the University community to respect and honor it in celebration.”

Here are some interesting facts about Juneteenth:

Many cities around the state of Ohio have planned celebrations. Visit https://www.google.com/search?q=2019+ohio+juneteenth+celebrations to see a list of upcoming 2019 Juneteenth events.

Ohio University’s plans to celebrate Juneteenth in 2020 will be posted online at https://www.ohio.edu/diversity.