Past Making a Second Home Awardees 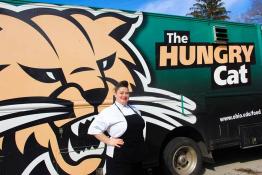 Daniell Newton-Weider, known as "Dani", grew up on a 300 acre farm, in Pickaway county, Ohio. After graduating from Westfall high school, she attended Hocking College, where I studied archaeology.

Dani came to work for the University in 2012 as a food service worker. Then, in 2016, she came to work at the Hungry Cat food truck full time.

She puts her heart and soul into the food at the Hungry Cat, planning the daily specials and adjustments to the regular menu. Her goal is to provide home style meals to our students at Ohio University. This helps feed our students and offers a unique alternative to the dining hall by providing food that feeds their mind, body and soul. 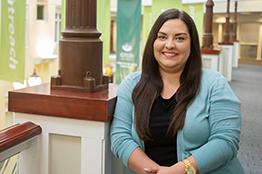 While Sara grew up in Saint Clairsville, Ohio, she has always considered Athens a second home.  Her father, mother, and older sister are all graduates of Ohio University, so she has been visiting campus since she was a little girl, even cracking her head open while running inside Peden Football Stadium during a Homecoming football game!  As an alum from Ohio University, Sara felt that her journey was not quite over, and began working for the university full-time in 2012.  In her time with the university and her current role as the Assistant Dean for Student Success in the College of Health Sciences & Professions, Sara feels fortunate to be involved in many aspects of the student life-cycle, from meeting students at the beginning of their college journey during recruitment events and Bobcat Student Orientation, throughout their college journey through academic advising, and finally at the culmination of their college experience at commencement.  It is important to Sara that all students at Ohio University feel that they belong and learn to love it as a second home. She strives to ensure everyone knows that their feelings and experiences--good, bad, and everything in-between--are valid and heard. 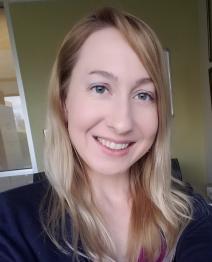 Andrea Brunson has been advising, teaching, and providing support to undergraduate and graduate student populations as a student affairs professional and college instructor for the past 11 years. She earned her BA in English from Miami University and her MA in English Literature from Ohio University. When the Dublin campus of the Heritage College opened in 2014, she jumped at the chance to rejoin OU. In her role at the medical school, Andrea thoroughly enjoys the responsibility of coaching and mentoring students on topics like shaping messaging; understanding organizational hierarchy, logistics, and communication; and ways to be a thoughtful and strong leader. She is the primary advisor to all of the Dublin student organizations and aids students with career development pieces like CVs and personal statements. Andrea helps make the medical school a welcoming place where students can experience substantial professional development in and out of the classroom.

Char Kopchick is currently Ohio University’s Assistant Dean of Students for Campus Involvement. She has oversight of the Campus Involvement Center which includes the functional areas of Health Promotion, Campus Programming, Community Engagement, Off Campus Living, the Performing Arts, student organizations including Sorority and Fraternity Life. She has been at Ohio University for the past 29 years. Prior to her appointment as Assistant Dean of Students for Campus Involvement, Char served as Ohio University’s Director of Health Promotion. Growing up in a small coal mining town in Western Pennsylvania Char was the first person in her family to attend college. She has two bachelor’s degrees from Indiana University of Pennsylvania and a certification in Health Education from Montclair State University. She also has a master degree in College Student Personnel from Ohio University. 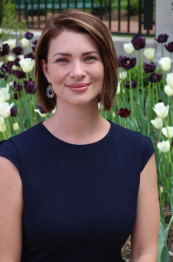 Originally a middle school guidance counselor, Paula knew when she moved to Athens that she wanted to work with college students. While working toward a PhD in Higher Education, Paula was selected as the new Student Success Advisor for the Scripps College of Communication. In this role, she primarily works with students in The School of Communication Studies, however Paula advises students from across the university to ensure that they are working toward a degree that best fits their individual strengths and goals. Paula uses the skills and knowledge from degrees in communication and counseling psychology to assist student in developing their academic plans. Paula feels an essential part of her job is to create a space of belonging for students and convey that here at OU, they matter. She considers it a privilege to have the opportunity to get to know so many fantastic individuals and witness their growth. She believes life is about the connections we make and trying to make the world a little better than we found it. 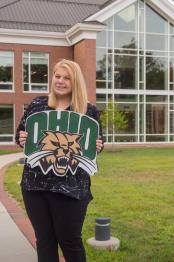 Meredith Massman grew up in Metro Detroit and attended Eastern Michigan University, Go Eagles! where she received a Bachelors of Science in Secondary Education and a Masters of Arts in Educational Leadership: Higher Education and Student Affairs. Meredith moved to OHIO in July 2016 where she currently serves as a Resident Director in Housing and Residence Life.  Meredith is passionate about student growth and professional development. 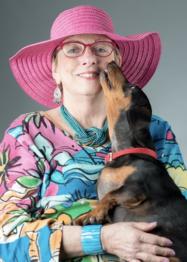 Patricia Palmer is a proud graduate of Purdue University with a BA in Interior Design. Before moving to Athens in 1987, she worked for architectural firms in San Francisco, Honolulu and Baltimore, Maryland. She has been employed at Ohio University for 21+ years.

For the past 16 years she has worked in the Office of Multicultural Programs/Multicultural Center. Prior to working in MCP/MCC, she was with the Environmental Studies Master's Program and the Women's Studies Program (now Women's, Gender, and Sexuality Studies Program). The offices and people she has worked with at OU are responsible for her growth intellectually and socially, exposing her to new viewpoints and a better understanding of the world.

Whenever she decides to retire, she wants to volunteer more for organizations that give back, such as Friends of the Shelter. Currently Patricia is involved with Stuart's Opera House in Nelsonville.

Patricia values family and community and helping others to flourish. She admires those who give unselfishly of themselves. She is the proud mother of 3 children and 6 grandchildren (soon to be 7 this August!). She and her husband share their home with two dogs and two cats (all rescues).

Some of the items on her bucket list……taking a cruise(s), "riding the rails" out West, spending time in Key West, and living part of the year near the beach somewhere in the Carolinas. 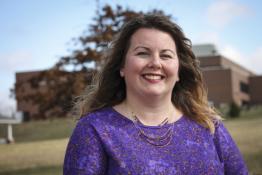 Ashlee Rauckhorst is the Coordinator of Student Activities and Academic Advisor at Ohio University's Chillicothe campus. Originally from Northeast Ohio, Ashlee attended Bowling Green State University earning a Bachelor degree in Education before heading to The University of Georgia where she obtained her Master degree in College Student Affairs Administration. She is currently attempting to write her dissertation proposal to achieve a Doctorate in higher education. Ashlee's career passion is holistic student development, and she prides herself in her ability to meet students where they are while helping them envision their futures and achieve their potentials. On the Chillicothe campus Ashlee has the opportunity to practice this regularly through advising, leading, and teaching. Outside of her role at OUC, Ashlee also serves as the Board President for the Ross County Coalition Against Domestic Violence and is active in her church. She enjoys walking in 5K fundraisers with her coworkers, attending rock concerts, and quality time with her family and friends. Ashlee resides in Chillicothe with her toddler son Ezra, her partner Ty, and their menagerie.