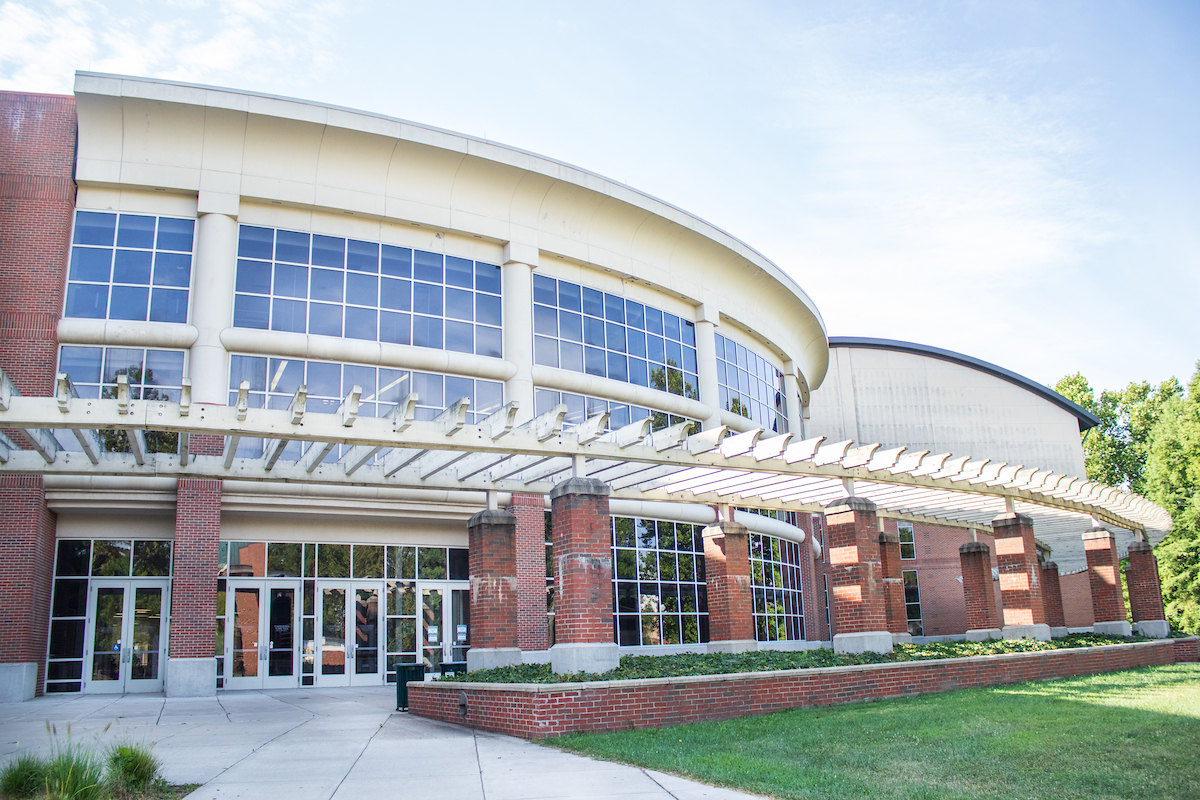 The Charles J. Ping Recreation Center is located on the north bank of the Hocking River, at coordinates H-7 on the campus map. It is marked as #91 on the map.

The Ping Recreation Center is a recreational center that has a climbing wall, five gymnasiums for basketball and volleyball, two multipurpose gymnasiums for floor hockey, soccer, and other activities, eight courts for racquetball and walleyball, a four-lane walking and jogging track, cardiovascular workout equipment, cybex resistance equipment, aerobics, weight training and martial arts rooms, locker rooms and a television lounge. The center is open to students, faculty and staff.

The Ping Center opened in January 1996. The center is fully accessible and equipment is adaptable for individuals with disabilities or special needs. Fees for full time students are assessed through the regular quarterly bills. Faculty and staff memberships are available on a quarterly payment basis.

The Charles J. Ping Student Recreation Center is named in honor of Charles J. Ping, eighteenth president of Ohio University, serving from 1975 - 1994. He was educated at Rhodes College, Duke University, and Harvard University. During his years as president, he led the university to its highest enrollment of 25,000. The 1804 Campaign Fund raised over twenty-two million dollars and in 1993 the Third Century Campaign raised one hundred thirty-two million dollars. His published books and articles reflect his interest in philosophy, intellectual history and educational administration. The main campus more than doubled in size and the retention rate of students was ninety percent. The university was ranked as one of America's best higher education buys. After retiring he continues to serve Ohio University as a Trustee Professor of Philosophy and Education. He is an Executive Director of the Cutler Scholars Program and Director of the Ping Institute for Teaching of the Humanities. He is the second former president to be named president emeritus.